Wendy Lowenstein was a journalist, teacher, librarian and author. She pioneered oral history in Australia and was a member of the CPA for 18 years. Wendy’s life work reflected her passionate belief in history from a proletarian perspective: “I am offering a collection of the raw material of working-class history.”

Wendy was indomitable, single-minded, opinionated and forthright. Over the years she was called many things by many people, including a force of nature, a wonderful original, inspiring, infuriating, combative, impossible, and a force to behold. She was even described as like a kid on an adventure.

A pioneering oral historian and author, Wendy was driven by her belief in the power and importance of the stories of individuals and their direct experiences. For 30 years, Wendy passionately recorded everyday people’s experiences, mostly working people with families and people who have struggled for social and political change. She wanted others to understand and experience Australia’s ‘real life’ history. 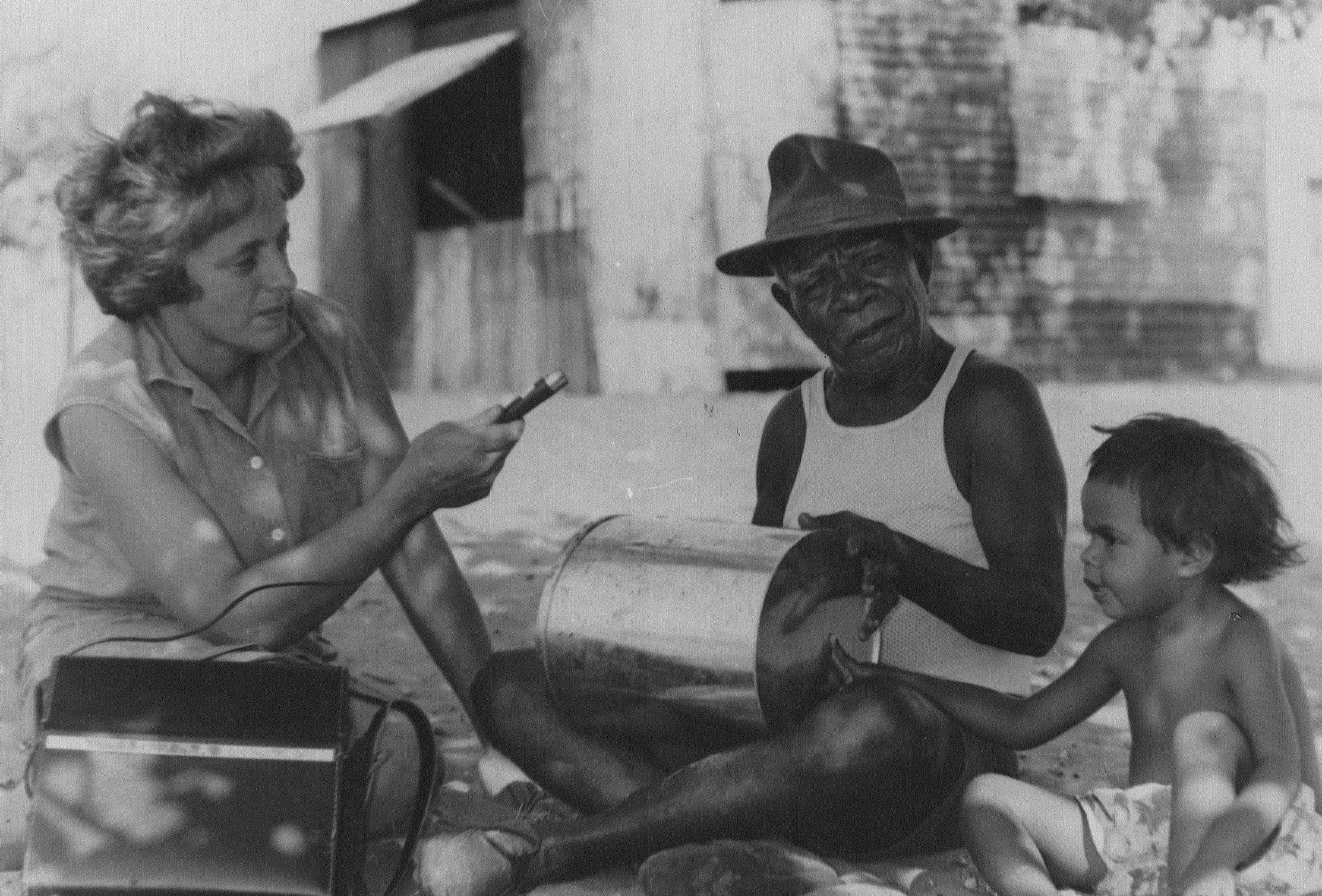 She was born Katherin Wendy Robertson on 25 June, 1927, the fourth child of Douglas and Rita Robertson. Her mother's family were Quakers, overseas missionaries and Fabian socialists and her father was a romantic Australian nationalist whose family went from prosperity to dire poverty during the 1890s depressions. Influenced by their cousin, Michael Young, a post-war British social policymaker who coined the term ‘meritocracy’ and later went on to create the
Open University and the British Consumers' Association, Wendy’s three older siblings joined the CPA. At the age of 15, tagging along with her older sister and brother, Wendy joined Melbourne's New Theatre and the Eureka Youth League (EYL) where she discovered radical writing, theatre, art and class politics. She edited the EYL’s national newspaper, Youth Voice, and also proof-read communist publications.

Through New Theatre, she met Werner Lowenstein, a German ‘Kindertransport’ refugee who arrived in Australia on the Dunera. Werner’s story that Wendy refused to marry him until he joined the CPA and threw her hiking boot at him to help make his decision, is true to character and they married in 1947. Stalinist atrocities and the Soviet invasion of Hungary in 1956 saw them leave the Party, but they were committed to ongoing political activism. 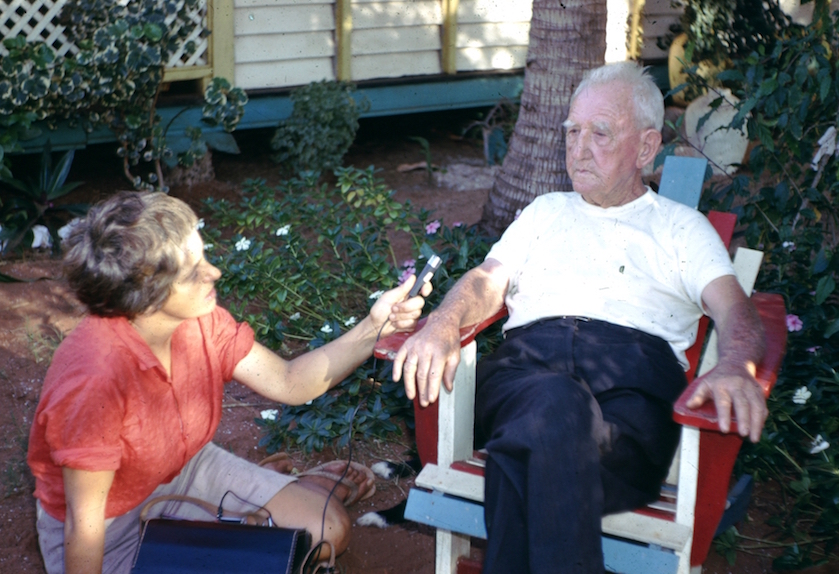 Passionate about politics, workers’ rights and working-class history, Wendy kept a constant watch over the shifting fortunes of the working class and was a fierce campaigner against the capitalist classes, bureaucracies and governments of all persuasions. She took her young children – Peter, Martie and Richard – to a blur of marches, meetings and picket lines, Hiroshima Days, vigils against the hanging of Ronald Ryan, May Days, Vietnam moratoriums, Save Our Sons, People for Nuclear Disarmament, Arts Action for Peace and Palm Sunday peace marches.

The family became a social co-operative where all domestic tasks were divided equally. Every family member was put on the roster for cooking, shopping, laundry and cleaning. Whilst other mothers became housewives, Wendy studied part-time at Melbourne University, completing her Bachelor of Arts along with graduate studies in teaching and librarianship, whilst daughter Martie minded the four-year-old Richard on the Law faculty lawns.

Influenced by the largely left-wing revival of folk culture in England and the United States, Professor Ian Turner, then a CPA member, and Wendy co-founded the Victorian Folk Lore Society in 1952. Wendy edited its monthly publication Gumsucker's Gazette and the more ambitious magazine Australian Tradition for 15 years, providing her an avenue to continue her interest in working people’s music and folklore. Author and historian June Factor wrote, “The influence of Australian Tradition is hard to overestimate. It connected, encouraged and gave a platform to often isolated musicians, singers, poets and collectors.”

In 1969, Wendy took the family on a year-long ‘field trip’ around Australia, recording oral histories of everyday working life and folklore in between bumping along corrugated dirt tracks, visiting rusty humpies of the Gurindji strike camp at Wattie Creek, holding down ripped tents in dust storms, and getting bogged in mangrove swamps. Two years later she had the entire family out collecting crude children's rhymes for a book, Cinderella Dressed in Yella, that she was compiling with June Factor and Ian Turner, which caused much controversy with Richard’s school headmaster. 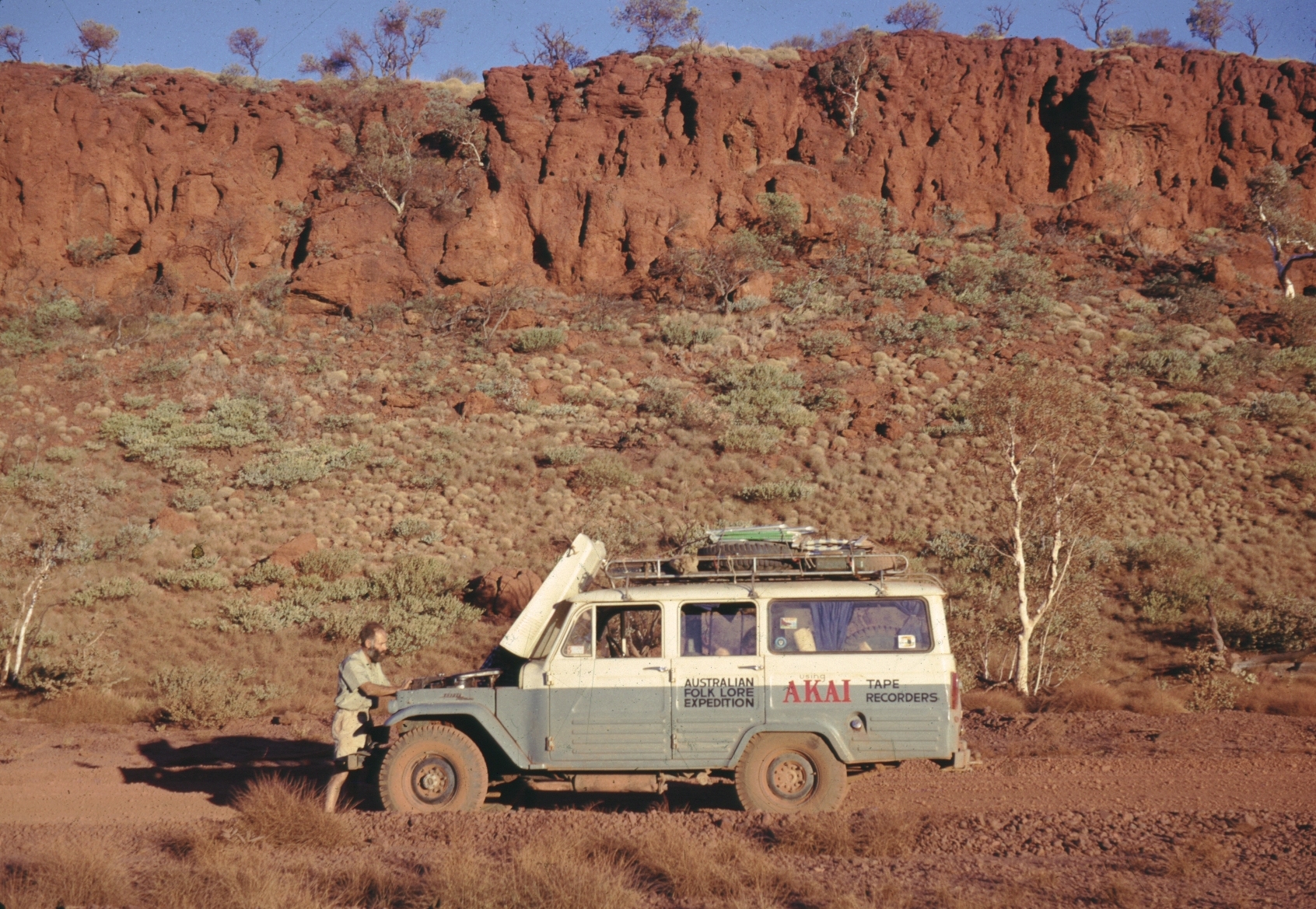 For the next 30 years, Wendy recorded almost any person who would tell her their life story, including many with radical politics who would entrust her with their opinions. With the help of her natural rapport and interest, her interviewees relaxed and talked of personal tragedy and harsh struggles in a sometimes haphazard but deeply human way. Her work has been criticised for not recording the memories of both rich and poor. "I know I'm not impartial," Wendy would
retort. "Impartiality is crap”. Her work was unashamedly linked to her humanist politics and she had no wish to replicate the history of wealth and possession she had learnt in school.

Wendy’s passions have inspired others. Two of her original Richmond Girls’ school pupils told Martie at Wendy’s funeral-wake that she had transformed their lives from early pregnancy and marriage towards feminism and further education. Others have pursued oral history, teaching and social activism. Several family members continue to pursue their interest in ‘real life’ history.

After the success of The Immigrants (with Morag Loh), a Literature Board grant allowed Wendy to become a full-time writer, and Weevils in the Flour, a record of the 1930s Depression in Australia, was published in 1978. Professor Russel Ward’s review in The Age said, "This great book on the depression is so good, it is impossible to praise it sufficiently without sounding absurd."

Wendy's other books include Under the Hook (with Tom Hills) and Weevils at Work, her last book, published in 1997, which explores the implications and distress of underemployment and casualisation in the 1990s. Her screenplays include Weevils in the Flour and Strikebound.

The family holds a digitised collection of over 1000 hours of recordings, including more recent interviews from the Pekoe Wallsend ‘Robe River’ dispute and stories of casualisation and underemployment of the 1990s. Recordings are also held in the National Library, along with Wendy’s personal archives of social activism, collecting folklore and writing working-class history. Wendy Lowenstein died on 16 October, 2006.

Martie Lowenstein, Wendy’s daughter, welcomes all access requests for audio interviews and publishes online at www.wendylowenstein.com. Her brother, Richard Lowenstein, is a well- known documentary filmmaker. Grandson, Toby Nash, is a PhD student teaching American and French history at the University of Melbourne.

• Outback Australia 1969: 126 hours of interviews with drovers, station hands,
indigenous workers, cane cutters and outback workers about working life.
• Communists and “the Left” in the Arts and Community: 57 interviews of people with left wing and radical politics, who made a substantial contribution to Australia.
• Melbourne Waterside Workers: 60 hours of interviews that form the basis of the book Under the Hook, 1900-1998.
• 1930s Depression in Australia: 116 interviews used to write the book Weevils in the Flour, a broad social history of the 1930s Depression in Australia.
• Papers of Wendy Lowenstein, National Library of Australia Manuscript Collection
(MS9968).

Lowenstein., W., Weevils in the Flour – An Oral History of the 1930’s Depression in Australia (Melbourne: Scribe Publications 1981).

The Encyclopedia of Women & Leadership in Twentieth-Century Australia
http://www.womenaustralia.info/leaders/biogs/WLE0413b.htm