The first round of Timor Leste's Presidential elections were held in April 2022. This report chronicles the result and process of the first round of elections. The second round were subsequently won by Jose Ramos-Horta.

The First Round of Presidential Elections in Timor-Leste, held on March 19, 2022, resulted in Jose Ramos-Horta falling less than 4 per cent short of the 50 percent plus one threshold required, and so a run-off between him and runner-up, incumbent president, Francisco “Lo’Olo” Guterres, with 22 per cent, will take place on April 18.

Voting day was peaceful while exuberant, and the campaign had far fewer incidents of rock throwing than previous elections. The Lu’Olo rallies had been very large, happy celebrations, and this contributed to what were unrealistic hopes on the part of FRETILIN.

So the FRETILIN camp was crestfallen on March 20 when it became clear that Lu’Olo’s vote was in fact less than 30 per cent, and that Ramos-Horta was around 45 per cent. On the other hand, Ramos-Horta told the media that his vote would grow as counting progressed and he knew he would win in the first round. 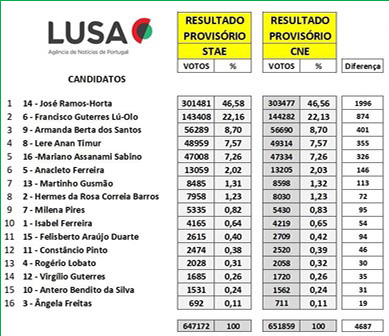 By March 21, the Horta camp was crestfallen and the FRETILIN camp was smiling once again as they calculated the possibilities of the second round.

Gusmão told the media that he didn’t accept the counting and later CNRT lodged a protest with the Court of Appeal, claiming that the electoral administration, STAE, had overstated the number of votes cast and thus dragged down Ramos-Horta’s percentage. However, the final figures show that the National Election Commission (CNE) only slightly modified the STAE figures by declaring some of the “null” votes as valid.

The FRETILIN vote had been cut by the candidacy of recent army commander Lere Anan Timur, whom the public perceive as a FRETILIN figure. And in Dili there were many comments that during the shock April 2021 flood only Gusmão – not Lu’Olo – had walked among the people struggling with the massive water damage.

There was a stark difference between the two campaigns.

Ramos-Horta promised a government program built around the multi-billion-dollar Greater Sunrise Gasfield project, the proposed petrochemical industry on the south coast, and much Foreign Direct investment when Timor-Leste becomes a member of ASEAN. He signed an agreement with Gusmão to dissolve parliament, call early legislative elections, and to only appoint CNRT members to the presidential staff.

Lu’Olo emphasised that the President does not lead the government, and instead has the role of upholding the Constitution, working for stability and uniting the country. He mainly explained his actions in 2019 and 2020 in avoiding another early legislative election and working for a stable government under Prime Minister Taur Matan Ruak. It was this government which shelved the Greater Sunrise projects, this government which Gusmão wants to bring to an early end.

Shaping up for the Second Round

On March 27, Taur Matan Ruak’s People’s Liberation Party held a conference at which the PLP and the next party in the parliament, Khunto, promised to support the Lu’Olo campaign in the second round. Lere Anan Timur has also committed to support Lu’Olo. If the Democratic Party also does this, then Ramos-Horta and CNRT would have no allies in the second round and it is possible that Lu’Olo would succeed.

In the first round, the candidate from Khunto, Deputy Prime Minister Armanda Berta dos Santos, had 8.70 per cent, and Lere Anan Timur had 7.57 per cent. PD’s candidate, Mariano Sabino had 7.26 per cent. The PLP did not officially support any candidate, although Taur Matan Ruak supported Lu’Olo and his wife, Isabella Ferreira, stood as a candidate (winning only 0.54 per cent). PLP is the third largest party in the current parliament, with 8 MPs.

Given this line up, Lu’Olo could expect to score at least 45 per cent, the level that Ramos-Horta can also expect. So it will be a close run on April 18.

The SEARCH Foundation sponsored a three-person observer team – Peter Murphy, Scott Poynting and Isabella Neal-Shaw. They split up on voting day and visited 18 separate voting centres and 8 vote counting places, and provided a report to the STAE. The European Union sent an Observer Mission, and there were also some observers from New Zealand, and from local Embassies. 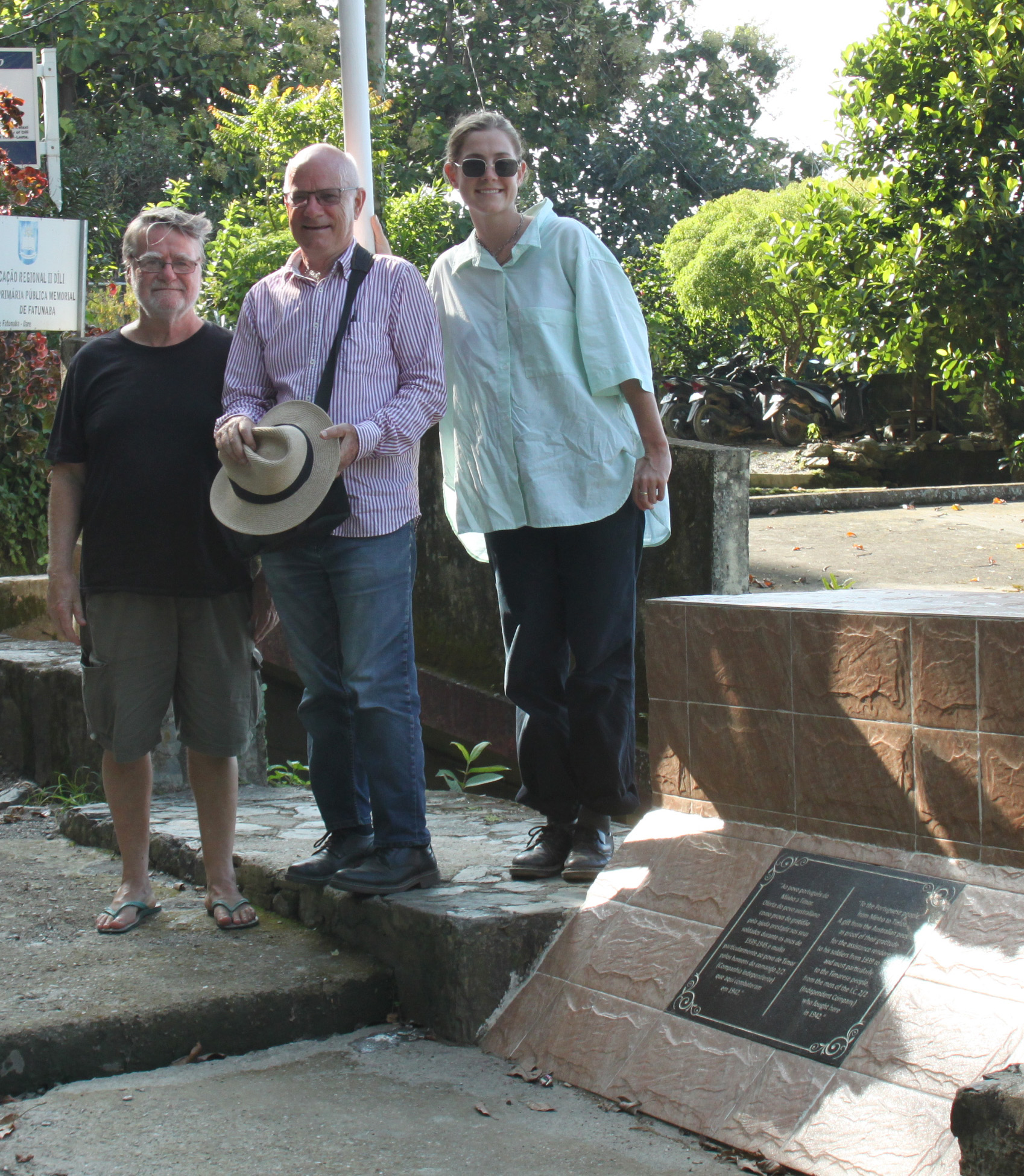