Students and staff revolt against management at Melbourne Uni

On Wednesday 14 October, more than 3 months into Melbourne’s second lockdown, nearly 100 students and staff members at the University of Melbourne held a digital rally to pass a motion of “no confidence” in the university’s Vice Chancellor Duncan Maskell and its senior management.

On Wednesday 14 October, more than 3 months into Melbourne’s second lockdown, nearly 100 students and staff members at the University of Melbourne held a digital rally to pass a motion of “no confidence” in the university’s Vice Chancellor Duncan Maskell and its senior management. 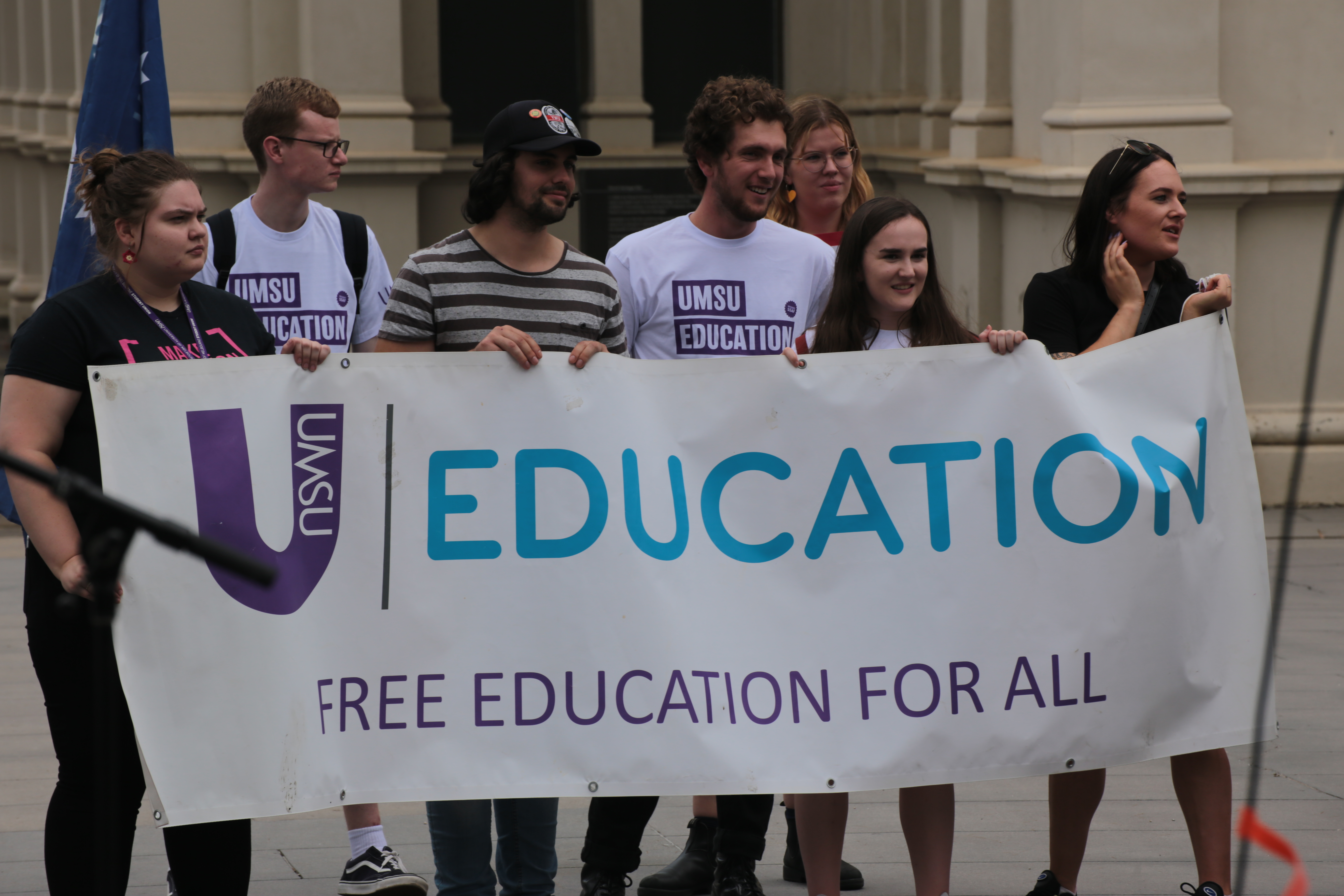 The rally was organised by the No Cuts at Unimelb campaign and the Education Department of the University of Melbourne Student Union (UMSU). It featured speakers Brianna Symonds-Manne, a student activist and Socialist Alternative member; Anna Olivia Burnett, a student activist and former Ballarat climate strike organiser; and Annette Herrera, a professional staff member at the University of Melbourne and co-convener of the NTEU Casuals Network, a rank-and-file organising group of casual workers at the university.

The No Cuts campaign was convened in May 2020 by student education activists. It came following the announcement that the University of Melbourne management would be pursuing a variation to the enterprise agreement which would have amounted to a widespread 2.2% pay-cut to all staff. The campaign aimed to mobilise students to defend staff pay and conditions in the wake of the pandemic-induced crisis in higher education, as well as fight for students’ rights.

No Cuts emerged in the context of a national crisis in higher education. The pandemic has ensured drastically declining revenues and decreasing education standards. Thousands of staff have lost their jobs. However, this crisis is multifaceted and has been decades in the making.

The neoliberal turn in the 1980s and the end of free education by the Hawke Government gave rise to universities receiving less and less government funding and being forced to make up the difference. To maintain financial viability, universities turned to other revenue sources. They made financial and real estate investments, sought out huge numbers of full fee-paying international students and pursued partnerships with corporations.

Moreover, because the priority was maintaining revenue as opposed to education and research, universities created ballooning financial, marketing and managerial departments. This came at the expense of the jobs of academics and teachers. An entire generation of university administrators were shaped by this – getting a pretty good deal out of it in the process - and they are in charge today.

This prioritisation of revenue saw average class sizes increase by more than a third, as well as the systematic casualisation and underpayment of tutors and administrative staff members. At the University of Melbourne, 72% of workers were employed on a casual basis as of 2019, and the university was also recently found guilty of underpaying at least staff 1,000 staff for over a decade.

When the pandemic hit, it caused a massive drop in enrolled international students and thus in university revenue. The immediate priority of University of Melbourne senior management was to lay off staff members and implement pay cuts, as well as refuse to grant fee reductions to international students despite massive increases in financial insecurity. It is doubtful that they considered leveraging their massive real estate investments in order to cover costs, nor implementing management pay cuts to their outrageously high salaries. Their actions meant students and staff shouldered the brunt of this crisis caused by a system they profited from.

And so, dissatisfaction and anger spread. Expected decreased engagement with the student union were quickly proven wrong. Huge numbers of students engaged in the union’s campaigns for a “WAM Amnesty” system that would give students’ grade security during the crisis. Additionally, thousands of students joined Facebook groups aimed at organising for fee reductions and financial support. From this the No Cuts campaign was born.

But over the subsequent months, students’ dissatisfaction was ignored by the university management. Instead, they implemented dozens of subject cuts and announced their intent to lay off 450 staff members. Students were faced with class sizes rising to more than 50 students and overworked tutors not being able to give the feedback they needed.

When the Federal Government’s university reforms were met with silence and tacit support by the university senior management, and Vice Chancellor Duncan Maskell instead took to The Age to argue against the COVID-19 lockdown, students in the No Cuts campaign had had enough. Over a series of meetings and collaborative writing sessions, a motion emerged that encapsulated the perspectives of students.

This motion announced that students and staff had “no confidence” in VC Maskell and the senior management of the university. It called for the implementation of a number of demands: calling for an immediate end to layoffs and casual employment, an end to subject cuts, financial transparency, pay reductions for senior managers, international student fee relief, and a commitment to work with students to help repeal the Federal Government’s university reforms.

The motion also stipulated that should the VC and senior management refuse to implement the demands, then they must all resign to make way for people who will.

In the coming weeks, the No Cuts campaign will be seeking to broaden its support amongst the student body and amongst staff. It will seek to foster a staff-student alliance of mutual solidarity and support of the motion’s demands. Further, the campaign will be seeking to engage in confrontational activism both online and in-person according to public health guidelines.

With many in the No Cuts campaign believing that the future of higher education in Australia is under threat, there is no doubt that the University of Melbourne will see an escalation of radical organising and action by both students and staff in the coming months.