Much of the recorded history of militant trade unionism in Australia is the history of pioneering men in blue collar, male dominated industries; renowned communists like Tom Wright, Laurie Carmichael and Ernie Thornton of the metal unions; and Pat Clancy, Tom McDonald and Jack Mundey of the building unions. Less well known is the contribution of pioneering women who worked for these industrially powerful Left unions.

Patricia Brennan devoted her life to helping injured workers. She was born a stone's throw from the wharves in Pyrmont on 30 August 1932. (1) Raised a Catholic, she left school at 12, and joined the CPA in 1950 aged 18. She went to work for the BWIU in 1951 and over the next 40 years dedicated her entire working life to the union and its members. After starting as a clerk, she became the union’s first ever female officer. 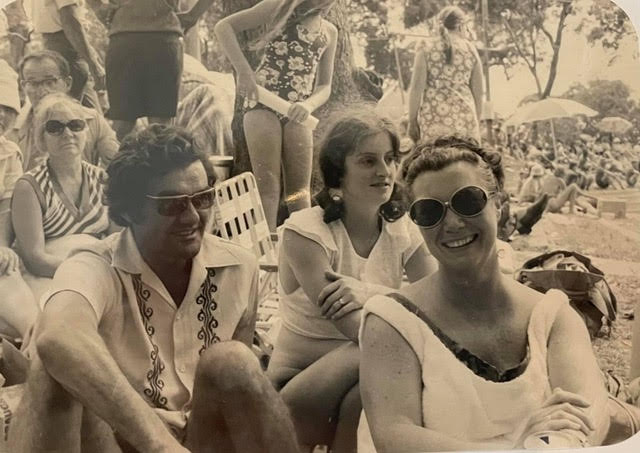 In 1957 she married Lachlan Carr, a waterside worker, whom she met at a CPA meeting. While pregnant with her second child in 1960, Carr met the legendary African American singer and social justice activist, Paul Robeson, when he famously sang to Opera House construction workers in their lunchbreak. Pat named her daughter Pauline in his honour. After 13 years, the marriage ended, with Pat raising her three children alone.

As the BWIU’s Workers Compensation Officer, Pat battled for justice for injured building workers. She often fought insurance companies and helped thousands of building workers and their families, both financially and emotionally. In 1971 during the five-week NSW general strike for full workers compensation, she was part of the delegation that met with the Master Builders’ Association after thousands of strikers marched on their headquarters. Tom McDonald says that “Pat Carr cared deeply for injured workers and enjoyed enormous support amongst building workers.”(2)

Outside the BWIU, Pat was a member of the right-wing Federated Clerks Union and a leader of the rank-and-file reform movement inside the union. She unsuccessfully ran for vice president in the FCU elections.

For many years Pat combined her role in representing injured workers with being a key aide to Pat Clancy, who preceded McDonald as BWIU Federal Secretary. When Clancy went blind from diabetes, Carr enabled him to continue his work by being his eyes, political confidant, and nurse. She collected him from his home each morning, drove him to work and then returned him each evening. She also accompanied Clancy when he travelled internationally to attend trade union, peace or socialist conferences. She was with him in 1987 when he suffered a heart attack and died whilst on a flight returning from an international peace conference in Mongolia.

Pat Carr is best known for her pioneering work in the rehabilitation of workers who succumbed to alcohol and drug abuse. McDonald recalls that in the 1970s she called on the BWIU and the building trades group of unions to take decisive action to help such workers.

They backed her call. Initially, her plans to design a program for workers suffering from alcoholism and drug addiction met with some fierce opposition from workers. They were concerned that their workmates would be sacked if their condition became known to the boss, when what they needed most was support.

Over the last 50 years Pat Carr’s pioneering work has saved lives and the destruction of many families. Says Tom McDonald, “Pat really loved those workers …. it’s a wonderful story that makes one proud to be union and brings tears to my eyes. That’s one reason why she was such an amazing person”. (2)

Today, her enduring legacy stands in the form of the Construction Industry Drug and Alcohol Foundation. In 1997 Pat was made a member of the Order of Australia for “service to occupational health and safety in the construction industry through the initiation and implementation of preventive and rehabilitation programmes.”