Merle Highet was a lifetime activist in the trade union, women’s, peace and solidarity movements, and a member of the CPA and the Socialist Party of Australia (SPA) for over 40 years.

Merle Elsie Xenodohos, born on 16 May, 1923, was the third of four children of Rachel (Agnes) Simpson and Nicholas Xenodohos. Agnes was born in Newcastle, NSW, and Nicholas had emigrated from Arachova, Greece, in 1910 aged 19. Nicholas joined the Victorian Socialist Party in 1916, and it is highly likely he was a founding member of the CPA in 1920.  The family had moved from Victoria to Sydney by 1923.

Merle’s earliest memories include her parents supporting unemployed men during the Depression by providing cheap meals at their café in George Street, Sydney. After the café’s closure, her parents continued their support by offering bath and laundry facilities at their home. Sometimes the men would wait in borrowed family clothes while their own clothes dried.

From age 10 to 16, Merle joined her family performing in theatre productions at the Workers Art Club, which went on to become the New Theatre. Most of her family participated, and family furniture also occasionally featured. 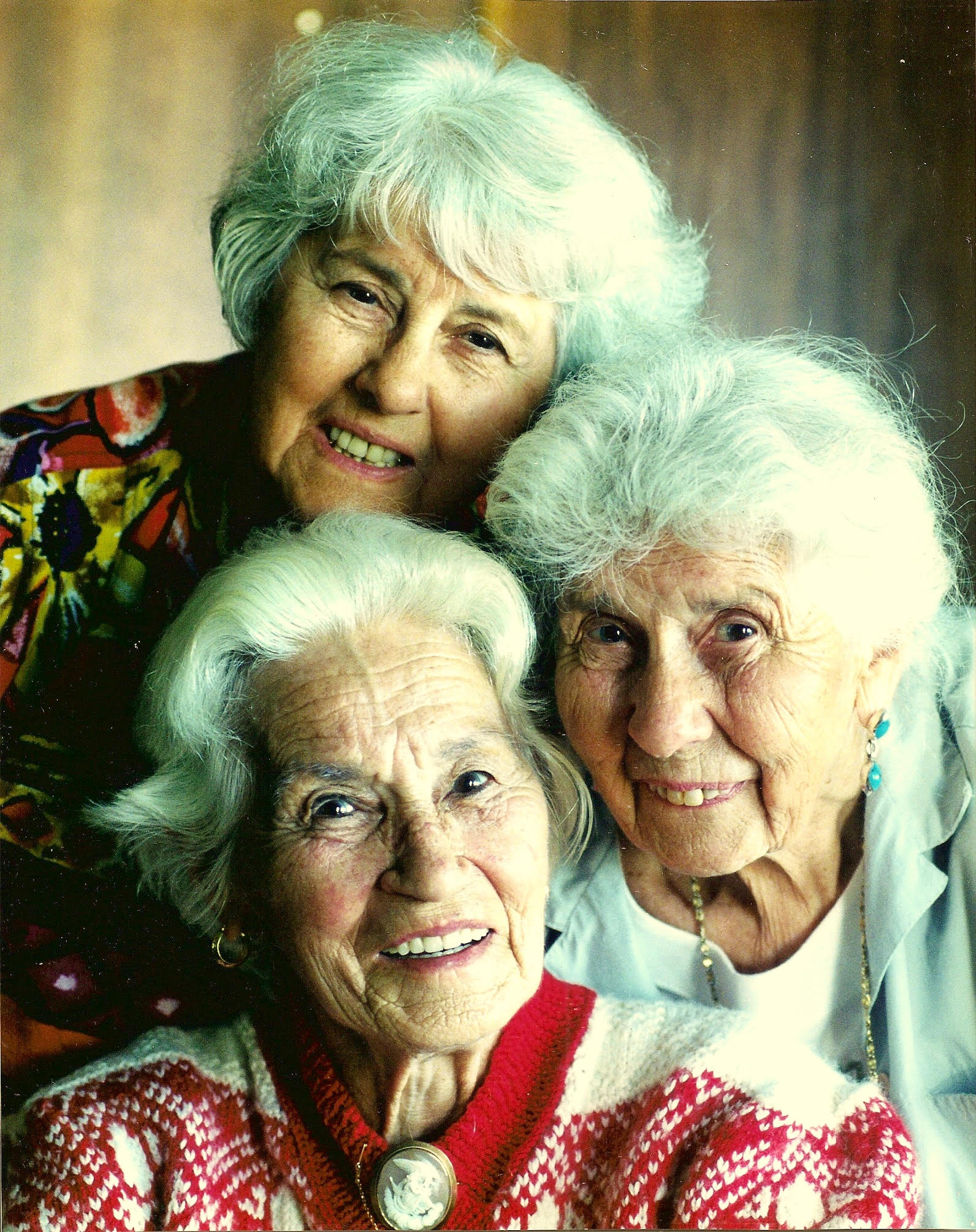 Merle left school at 14 but declared her age to be 16 so she could work in a biscuit factory. With the financial support of her eldest sister, Sylvia, she completed a secretarial course at business college, and progressed to office jobs, first at the Hotel Australia, where her father worked and ran a CPA branch for hotel staff out of the kitchen, and later at “Knockout” Smith’s glass works.

Merle married in 1942 and started a family. After her first child started pre-school, she went to work as secretary for the NSW Teachers’ Federation’s president, Sam Lewis, a widely respected trade unionist, education reformer, peace activist and communist. Lewis had recently returned from the 1947 UNESCO conference in Mexico and was leading a successful campaign that saw almost every teacher in NSW government schools become a financial Federation member, enabling it to achieve important industrial improvements. The Federation gave Merle a solid grounding in the trade union movement and brought her into contact with many respected activists, including Bill Gollan, Lucy Woodcock, Beatrice and Don Tyler, Lorna and Edith Gilmour, Helen Palmer, Margaret Kent Hughes, Elizabeth Mattick, Hilda Barclay, Ivor Lancaster, Hugh Henry, Sam Thompson and Irene Lane. These people were her tutors in the values of working within a union and mass organisations.

Following Lewis’ defeat in the 1952 Federation elections, Merle was the first paid staff member at the Australian Peace Council, where she worked with activists like Bill Gollan, Cec Holmes, Alec Robertson and Winnie Walsham. She also campaigned with Madeline Kempster in the Council for Child Advancement. Later she worked for the Postal Workers’ Union and, until 1960, for the Building Workers’ Industrial Union (BWIU). Merle recalled the challenges facing the BWIU at that time, under attack from the right wing of the labour movement after having lost its federal registration in 1948 due to militant action.

From the mid-1960s Merle was active in a range of community and progressive organisations, as secretary of the Fort Street Girls High School’s P&C Association, secretary of the Australia-USSR Friendship Society, and co-ordinator of the International Children’s Day Committee. She participated in protests against the Vietnam war, being especially focused on ensuring the safety of younger demonstrators, like her daughter Kristine, from the rough police tactics. Merle also became an activist in the Union of Australian Women (UAW), particularly in campaigns for equal pay, affirmative action and equal opportunity.

From 1958, Merle was married to Ian Highet, also a CPA member and the Tribune’s photographer in the 1950s and early ‘60s. Ian put his old black Jaguar to use chauffeuring J. B. Miles, the Party’s former general secretary, to address CPA branch meetings around NSW. Ian was instrumental in recording and preserving these addresses as a vinyl LP tribute to Miles, J.B. Miles – A Communist pioneer. (A copy is held in the Unions NSW archives.)

When the Party began to split in 1970, the Highet home in Newtown became the Sydney “printing press” behind the establishment of the SPA. Merle’s secretarial skills were in constant use, typing articles for publication and dissemination. Merle typed the text onto stencils, one of the four daughters would be co-opted for proof-reading, and the finished stencils were then loaded onto the Gestetner printer which had become a permanent feature in the laundry. The printed pages were then collated and stapled by the family in the lounge-room.

In 1974 Merle returned to full-time work at the BWIU until her retirement in 1990. She worked in the union’s claims office and represented members at the Chief Industrial Magistrate’s Court in claims for unpaid wages and other entitlements. She also administered the donations to charity received from workers and from building companies. The BWIU had a policy of imposing “fines” on builders in cases of wage theft or the discovery of unsafe worksites. This money was donated in its entirety to worthy charities, such as the Spastic Centre, the Blind Society, the Children’s School for the Deaf, Tranby Aboriginal College, and women’s refuges.  The principal beneficiary was the Camperdown Children’s Hospital, now the Westmead Children’s Hospital. The Hospital’s Clancy Ward is named after former BWIU federal secretary, Pat Clancy, in recognition of the union’s financial support. Merle’s pivotal role in helping to establish the Clancy Ward was recognised by the naming of the parents’ room at the Hospital in her honour.

Retirement saw Merle become active in the Combined Pensioners’ Association and the Older Women’s Network (OWN), and complete a three-year TAFE course in Advanced Welfare. She served on OWN’s committee for many years, including as its treasurer for four years. Her greatest joy was participating for 16 years in OWN’s Theatre Group. This brought her life full circle, reminiscent of her youthful Workers Art Club activity. Merle loved belonging to this feisty group of older women, writing and performing witty skits and songs to provoke thinking on issues for older women, such as health, banking, “invisibility”, domestic violence and on broader issues, such as Aboriginal reconciliation.

In 2006, Merle retired from the OWN Theatre Group, her medical conditions making participation difficult. In 2012, following an above-knee amputation of one leg, she had to give up living independently and moved to residential aged care. Her philosophy was that we can’t always control what happens to us, but we can control how we react to it. Accordingly, she continued to enjoy a full program of exercise, painting, concerts, theatre and the daily cryptic crossword, until the end of her life.

In 2001 Merle received the Edna Ryan Award for community activism. In 2010, union leader Sally McManus recognised Merle as one of the “Pay Up Stars” of the union movement for her many years of championing equal pay and her tenacious advocacy for workers subjected to wage theft. Merle died on 20 June, 2015.

Merle Highet and Daren McDonald were comrades and members of the Socialist Party of Australia. The author acknowledges Jeannie Highet for her extensive assistance in helping to write this biography.

Curthoys, B., and A. McDonald, More Than a Hat and Glove Brigade (Sydney: Union of Australian Women, 1996).

McDonald, A. and T. McDonald, Dare to Dream: the Memoirs of Tom and Audrey McDonald. Stories of Struggle and Hope (Sydney: self-published, 2016).