Laurie Aarons held many significant positions in the CPA, eventually becoming National Secretary in 1965. He played an important role in the Party’s trade union work, in Indigenous struggles and in the international communist movement. Perhaps his most important contribution followed the CPA’s condemnation of the 1968 Soviet- led invasion of Czechoslovakia, prompting the development of an Australian road to socialism.

Laurie was born on 19 August, 1917, a few months before the Russian Revolution which became his guiding light. He and his brother Eric were the third of four generations of the family who joined the CPA. Their grandparents, Louis and Jane, were founding members in Melbourne in 1921, while his father, Sam, and his siblings rose to prominence in the 1920s and ’30s. The family saw the misery of the working class as the Depression hit hard, underlining their belief that capitalism couldn’t provide the basic necessities of life and would inevitably be replaced by a more just society based on ‘scientific’ socialism.

Sam was a bootmaker and Laurie worked in his shop and was active in the bootmakers’ union. He became a professional revolutionary in World War II after being injured during army training. His first marriage to Della Xenodohos failed while he was in the army. He married Carol Arkinstall in 1945 and they had three sons: Brian, John and Mark. Throughout our childhood Laurie mended our shoes. I still have his ancient last on which he worked. 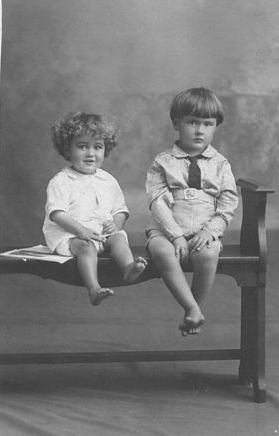 Laurie’s first task as a functionary – as CPA employees were called – was to organise in the armed forces in which there was a significant Party organisation. For his troubles he was expelled from the Legion of Ex-Servicemen and Women. He remained a functionary for 33 years, as Adelaide, Hunter Valley and NSW secretary and then as a national leader. In 1965 he was elected National Secretary.

Over these three decades he was involved in many CPA campaigns and in collaboratively developing major policies. Some examples include his part in establishing relations with other communist parties, especially the Chinese and Indonesian parties; his leading role in the campaign to protest the mass killings of Indonesian communists after Suharto seized power in 1965; focusing the Party on anti-Vietnam War campaigns; organising support for the Gurindji’s struggle to gain land rights; and diverting CPA resources to support Timor-Leste’s resistance to Indonesian occupation. As recounted by José Ramos-Horta, Laurie was the first person to financially assist Timor’s cause. 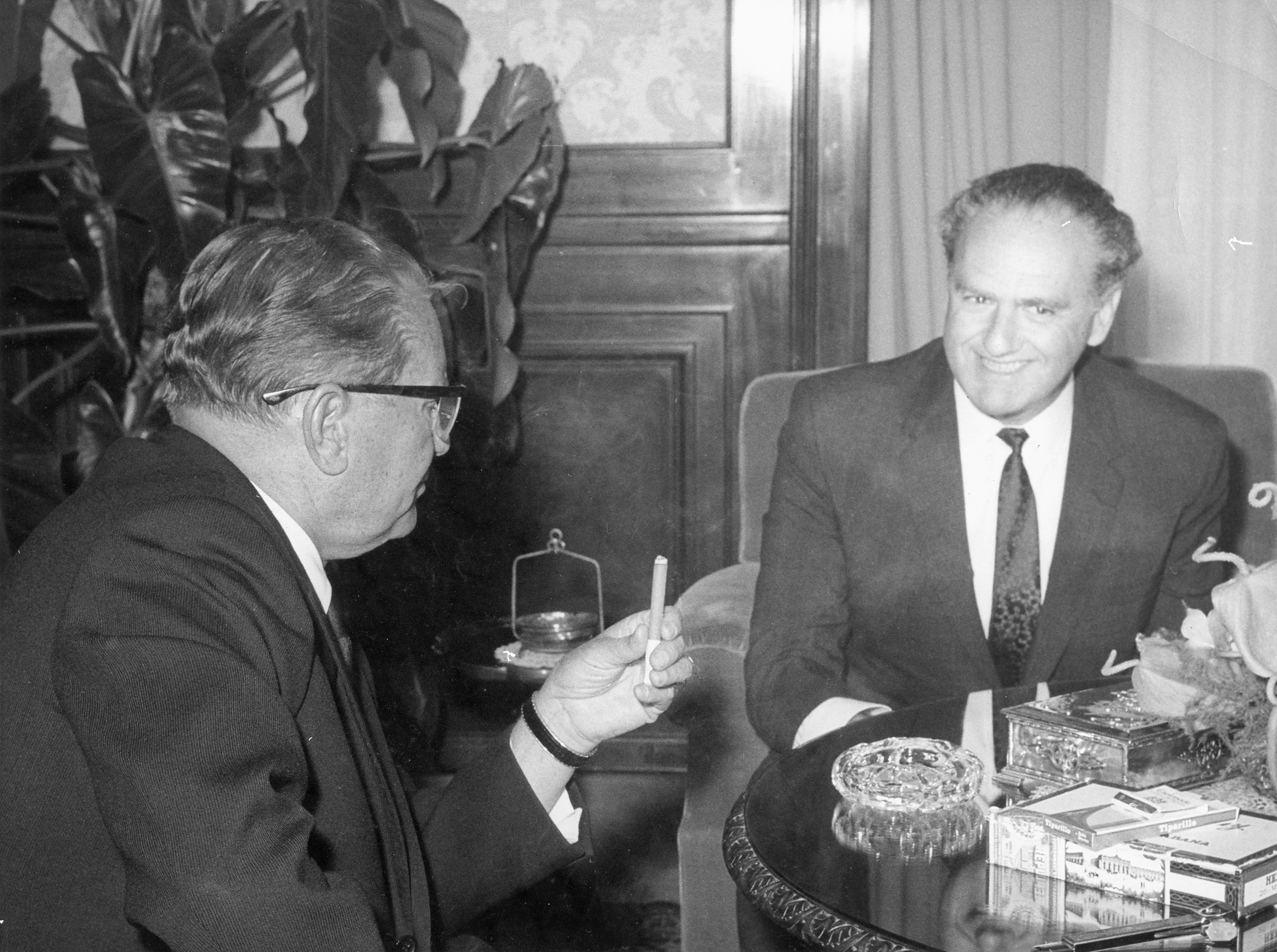 Perhaps his greatest contribution was to develop a unique Australian road to socialism, following the crushing of Czechoslovakia’s Prague Spring in August 1968.

During all those years Laurie never earned even the Basic Wage, which was the minimum required to sustain a family. Unlike most women in the 1950s and ’60s, Carol worked to supplement his meagre salary. At her funeral in 2003 Laurie observed that it wasn’t until they went on the pension that they managed to save some money.

For over 50 years Australian intelligence kept Laurie under extraordinary levels of surveillance, especially by ASIO after it was formed in 1949, but it commenced in the early 1930s when, at 14, he came to the ‘adverse’ notice of Special Branch speaking on a CPA stump. By the time ASIO ceased surveillance of the CPA in the 1980s, his file was the largest in Australian history, with 85 volumes numbering more than 14,000 pages.

Communists were aware of ASIO’s spying operations. Laurie and his comrades developed several techniques to evade scrutiny, including standing on noisy street corners and leaning on a lamp post and whispering into one another’s ears while ASIO officers stood a few feet away. They also held open air meetings, often in parks where several Party members would sit in the middle of the grass well away from the prying ears of ASIO.

ASIO recorded that Laurie was adept in ‘spoiling’ their surveillance. For instance, he would constantly glance into his rear vision mirror to keep an eye on the cars that were tailing him. And when an opportunity arose, he would run a yellow light and speed off, leaving his pursuers stranded at the red light. ASIO also recorded another of Laurie’s tricks: he would walk in one direction down a laneway then turn around and run as fast as he could straight at his pursuers who had to get out of his way without revealing themselves. His getaway was timed to perfection with a car screeching to a halt, into which he would jump.

ASIO’s intrusion into Laurie’s life, however, was extraordinary and mostly there was nothing he could do about it. By the early 1950s ASIO already had a secret agent in CPA headquarters, who could enter his office and read documents on his desk, reporting on his activities. ASIO’s source was clearly a trusted CPA member and over the following three decades hundreds of ASIO agents collected intelligence on Laurie. Such agents were in an eagle-eye position to spy on him as they were at most meetings he attended. But ASIO also bugged his work and home phones and a microphone was planted in his home.

Like most communists of his era Laurie was originally loyal to the Soviet Union. Such loyalty was the talisman of the international communist movement which uncritically supported the first ‘workers’ state’. But a glimmer of doubt appeared following Khrushchev’s secret speech at the Soviet Party’s 1956 congress, documenting Stalin’s crimes and prefacing Laurie’s battles against Stalinism. In the early 1960s he led the successful fight against pro- Chinese Stalinists led by Ted Hill. 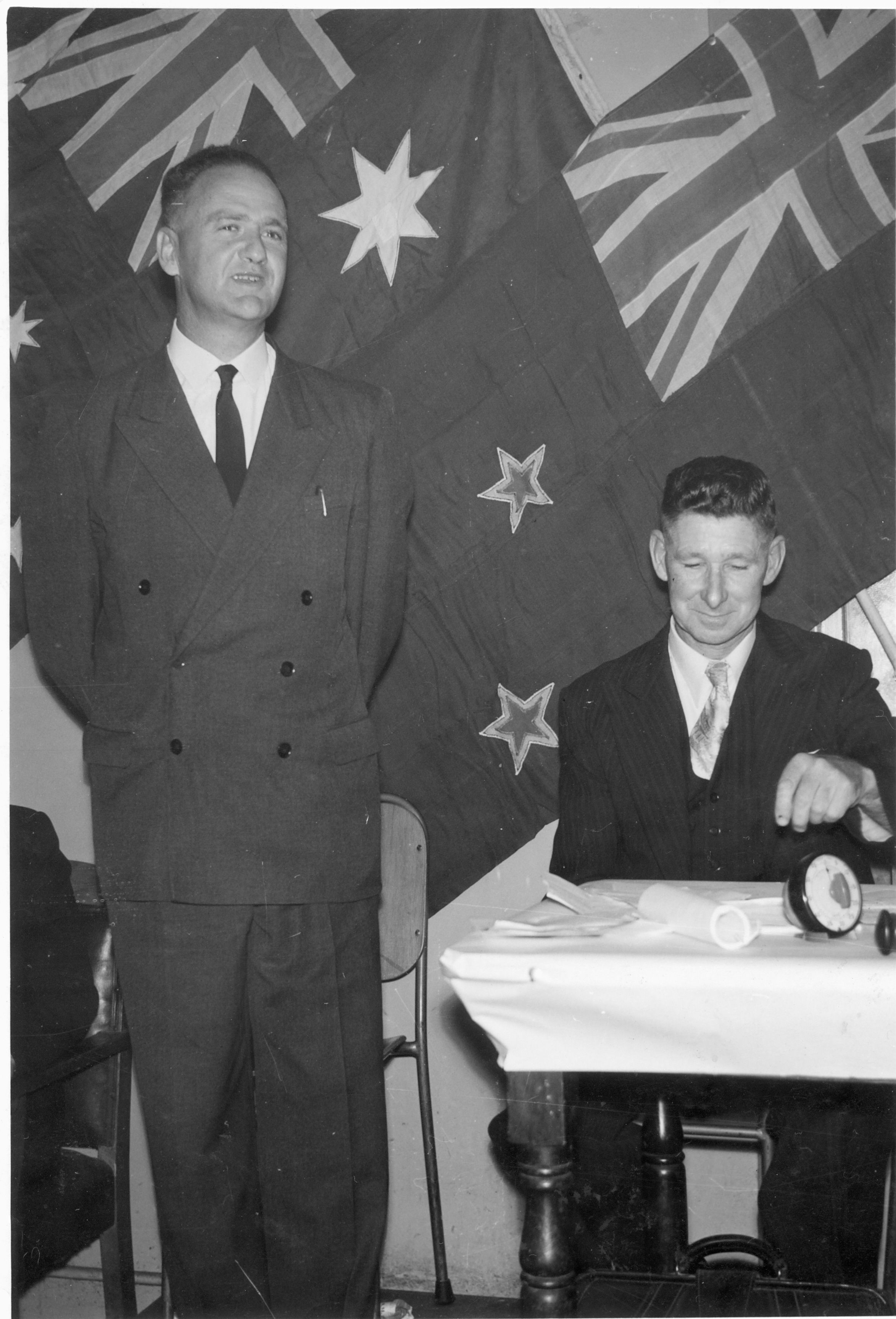 Soon after he was elected as CPA National Secretary in 1965, Laurie’s doubts started to crystallise. Along with other younger leaders – including Alec and Mavis Robertson, Bernie Taft and Charlie Gifford – he slowly distanced the CPA from communist norms which dictated that Moscow was the fount of all revolutionary wisdom. For example, under Laurie’s leadership the Party criticised the repression of dissidents, advocating liberal cultural policies in the Soviet Union.

The major turning point for Laurie was the emergence in early 1968 of Alexander Dubček’s experiment of ‘Socialism with a Human Face’ – the Prague Spring. Laurie and his closest comrades warmly embraced the democratisation adopted by the Czechoslovak party. Laurie advocated socialist democracy as the only path to revolutionary change in advanced capitalist societies such as Australia.

The crushing of the Czechoslovak experiment by the Soviet-led invasion of August 1968 caused a major faction fight which Laurie threw himself into with all his might. The CPA was the first of a handful of communist parties to condemn the invasion and Moscow reacted with fury, immediately commencing an operation to recruit hard-line neo-Stalinists to dislodge Laurie from the leadership and reverse the CPA’s positions on Czechoslovakia and socialist democracy. These activities were coordinated by KGB operatives working out of the Soviet embassy. Their aim was to create a ‘party within the party’ which would work to gain the numbers at the 1970 CPA Congress, reverse ‘anti-Soviet’ policies and expel Laurie. They failed, as Laurie and his closest comrades rallied two-thirds of the membership to support their policies.

Laurie and Bernie Taft were the CPA’s delegates to the final meeting of the international communist movement in Moscow in mid-1969. Laurie’s speech was a powerful summary of the Party’s positions on the crushing of the Prague Spring and the need for socialist democracy. The speech prompted the conservative Sydney Morning Herald to editorialise in support of his criticisms of Soviet positions on democracy and the 1968 invasion. The other delegates weren’t as supportive!

Despite his disenchantment with Leonid Brezhnev’s repressive policies, Laurie’s faith in ordinary people to determine their own history was undiminished, and he remained loyal to the epochal ramifications of the Russian Revolution. His hopes for the future were bolstered by Mikhail Gorbachev’s policies of glasnost (openness) and perestroika (restructuring).

These developments, however, came far too late, underscoring the tragedy of the crushing of ‘Socialism with a Human Face’. The 1989 collapse of Moscow’s Central and Eastern European empire didn’t come as a major surprise, so he wasn’t affected in the way he was two years later with the collapse of the Soviet Union, and the socialist experiment. The disintegration of communism and the break-up of the Soviet Union occurred on Laurie’s 74th birthday which, to say the least, wasn’t the happiest day of his life.

Despite this, he remained committed to socialism. In his last years he was active in progressive causes and was the driving force behind the Left Book Club which published many books and pamphlets in the 1990s. Laurie also continued to write and publish his own books, mostly focused on capitalism’s gross inequities and the greed of the wealthy.

Mark Aarons is the author of seven books, including on Nazi war criminals in Australia and on Canberra’s betrayal of East Timor.

Aarons, M., The Family File (Melbourne: Black Inc, 2010).
This book is an account of four generations of the Aarons family who were CPA members, using their voluminous ASIO files and several oral histories that take the story of Australian socialism to the beginning of the 20th century.

The list of Laurie’s books and pamphlets is too long to include here but the following are some of his later works:

The CIA’s Australian Connection (Sydney: Denis Freney, 1977).
Although the author is listed as Denis Freney – who also is credited with printing and publishing it – it was in fact written by Laurie Aarons.

The Ultra File (Canberra: Committee for Labor Integrity and Progress, 1983).
Although no author is listed it was in fact written by Laurie Aarons.

Here Come the Uglies: The New Right: Who They Are. What They Think. Why They’re Dangerous (Sydney: Red Pen Publications, 1987). Cartoons by Bruce Petty.