Jack Blake was a coalminer, CPA functionary and office cleaner. Altogether, he was a member of the CPA for 67 years and held positions on the Victorian State Executive (as state secretary), Central Committee, Political Committee and Central Committee Secretariat. He became a noted campaigner against Stalinism.

John (Jack) Blake was born Alfred Airey in Newcastle-on-Tyne on 25 May, 1909. He arrived in Australia with his parents on 22 November, 1922, joined the CPA in 1924 and became secretary of its Lithgow branch in 1926. He began work in the Lithgow State Coal Mine aged 14 in 1923 and stayed until 1930, when he was badly injured in an underground mining accident that required four months’ hospitalisation. His mentor in Lithgow was Charlie Nelson, later president of the Miners’ Federation, who helped train him in public oratory and shape his inchoate reading into the logic of communism. 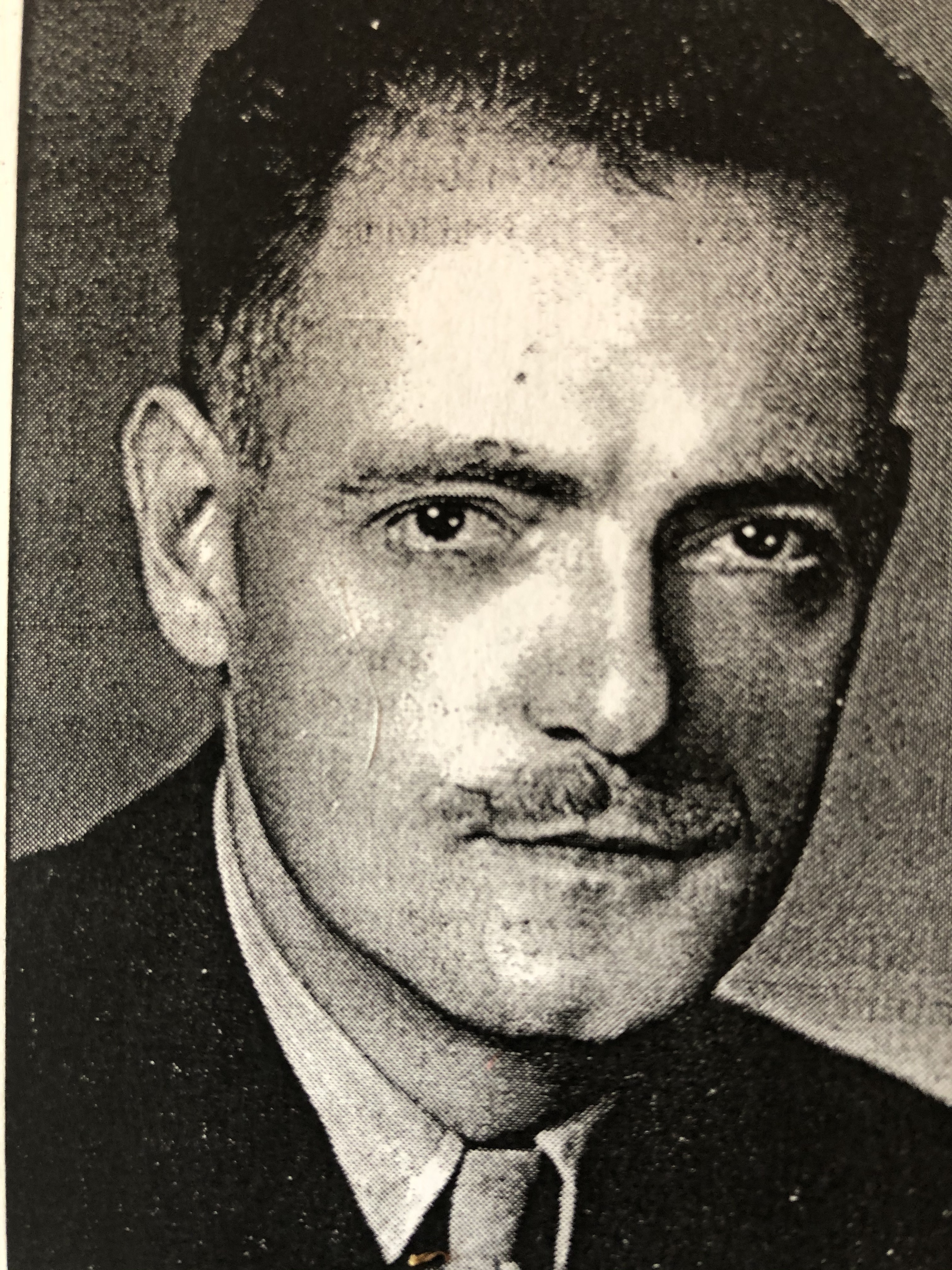 The end of his career as a coalminer opened the door to Moscow. In January 1931, under instruction from the Party’s Central Committee, Airey went to the Soviet Union. For two years, he attended the Lenin School, which provided advanced training for international communists, and at which he excelled. When he returned to Australia in March 1933, he was sent to Melbourne to ‘bolshevise’ the Victorian branch, after the expulsion of its secretary, Dinny Lovegrove, and was elected to the State Executive and the Central Committee. On 14 August, 1934, the tall – he was 6ft 2ins (1.88 metres) – gangling but handsome Airey
changed his name by deed poll to John David Blake, which, as intended, caused considerable confusion in the ranks of the Commonwealth Investigation Bureau (CIB).

Thereafter, Jack was prolific. He mobilised support for the 1934 Wonthaggi miners’ strike; edited Workers’ Voice (the precursor of the Guardian); represented the Wonthaggi Miners’ Federation branch on the Melbourne Trades Hall Council; wrote countless articles for the Party press and pamphlets for the public; was intimately involved in the creation of several ‘front’ organisations; and stood for State parliament in 1934, 1940 and 1942 (the last losing to the ALP candidate by only 3000 votes). He was also a voracious reader: when his home was raided in 1941 during the period of illegality, the CIB seized (and itemised) 140 books.

More important, perhaps, he was a formidable speaker. “When Jack Blake stands up to speak”, one report noted in June 1944, “he has to wait several minutes for the cheering to cease”. Indeed, my mother, then a member of the Eureka Youth League (EYL), the CPA’s youth organisation, recalled being awed by the oratory and intellect of the charismatic Blake. And a CIB penetration agent reported: “I consider him to be generally head and shoulders above the rest of the [CPA] leaders… he is easily the mental giant of the team.”

A benchmark in Jack’s life was his marriage to Audrey Boyd on 22 May, 1934. Ernie Thornton was a witness. Audrey first saw Jack addressing a rally in Melbourne when was 16. She told her mother afterwards: “I've met the man I'm going to marry – J. D. Blake.” However, she didn’t know what the J. D. stood for.

It was a powerful relationship lasting 66 years until Jack’s death. For the next 20 years, Jack and Audrey were driving forces in the Party. She became a highly effective national EYL leader and an indefatigable Party functionary. They were totally committed to the cause of communism: disciplined, dedicated and self-sacrificing. Together with their baby daughter, they departed for Moscow in May 1937, returning in late 1938. He was the CPA representative on the Comintern; she was the Australian representative for the Young Communist League. They witnessed close-up the show trials and the purges: in Moscow’s Hotel Lux for foreign communists, most of their neighbours disappeared, their doors fastened with red seals. The Blakes repressed any doubts. Instead, in 1939, Jack told a Melbourne meeting that purges of Red Army commanders had removed “traitors” and wrote of the “free and happy life” in the Soviet Union. In this period and beyond, according to one writer, his politics were “as hard as granite: he was a Stalinist”.

It is an exaggeration to claim, as apostate Cecil Sharpley did, that Blake was “bitter, ruthless and fanatical”, but he was no stranger to dogmatism, nor a hard-headed adherence to the Leninist stricture of ‘democratic centralism’. This was to change. In 1956 he sought a critical discussion of Khrushchev’s ‘secret speech’ on Stalin’s crimes, which he welcomed (but earned him the epithet “anti-Party disruptor”). In 1971 he titled a chapter in his seminal book, Revolution from Within, “Stalinism: The Authoritarian Syndrome”. In 1980 he delivered an incisive address to the 60th anniversary Communists and Labour Conference entitled “1949 to 1956: Stalinism or Independence” (republished in the Australian Left Review, June 1981). This more liberal position either prefigured or paralleled the less rigid policies and practices adopted by the CPA after its national secretary, Lance Sharkey, retired in 1965.

The years after 1949 were the most difficult, even traumatic, for Jack Blake. In late July 1949 he was brought to Sydney “very much against my will” to take charge of CPA policy during the doomed, final weeks of the general coal strike. His reluctance was personal more than political: with Audrey in Budapest attending a youth festival, he left behind his distressed 13- year old daughter, Jan. He publicly proclaimed the strike to be a “great victory” but privately, much later, labelled it a “disaster”. Soon, he was to be loaded with the responsibility of its failure. In fact, he followed the tactics and strategies already determined by the Sydney leadership. At the 16th Party Congress in 1951, Jack topped the poll in the election of the Central Committee, but “it boded no good for me”. What followed was an intense inner-party struggle for power, initiated by an ambitious E.F. (Ted) Hill, who had filled Blake’s position as Victorian State secretary, and who told the national secretary, Lance Sharkey, that Blake must be “politically destroyed”.

The meetings, issues, personalities and rivalries involved in what became known, euphemistically, as ‘Consolidation’ are tangled and complicated, and have been discussed elsewhere. The upshot was that Jack was accused of a range of serious errors, from left sectarianism and factionalism to individualism and unbalanced attacks on economism. In 1953 Jack was removed from the all-powerful Central Committee Secretariat and replaced by Ted Hill. In 1956 his political destruction was completed. In October he opposed the Soviet invasion of Hungary, which was supported by the rest of the national leadership; the next
month, he was removed from the Central Committee and all posts where his views could influence Party members, including oversight of the Communist Review. His voice was silenced.

The impact was both devastating and enduring. During a long conversation we had three months before his death, he kept returning to Consolidation, an event, he said, that “destroyed me”. He also maintained that it “came very near to killing me. Without Audrey I would not have survived”. When Audrey resigned from the Party in September 1966, the pain resurfaced. As an anguished Wendy Lowenstein wrote soon after, “…we all know it is the end result of the uncomradely treatment she and Jack have had dished out to them for years. When is it going to end? We have replaced the role of criticism and self-criticism with castration and cremation!” That a CPA National Committee Commission in 1980 found Consolidation to be a contrivance and the allegations “erroneous” was, for Jack, too late and offered too little comfort.

However, Jack stayed loyal to the end. When asked why he could stay in the Party after 1956, he replied, “Show me another party”. He worked as an office cleaner for 11 years after 1956, punctuated by illness (he still suffered from tuberculosis, which ruled him medically unfit for military service in 1942), attending CPA social functions, and translating documents into Russian. He remained keenly interested in the peace movement, which in the 1950s he had championed as the “transmission belt to the masses”, and in developments in the Soviet Union in the 1980s. Jack and Audrey were back in Russia in 1988 during Mikhail Gorbachev’s rule “to study the era as private citizens”.

Jack died on 1 October 2000 at the age of 91. It was “excruciatingly painful” for Audrey. After a 66-year close partnership, she wrote to me, “I’m terribly lonely, not in general, just lonely for Jack”. 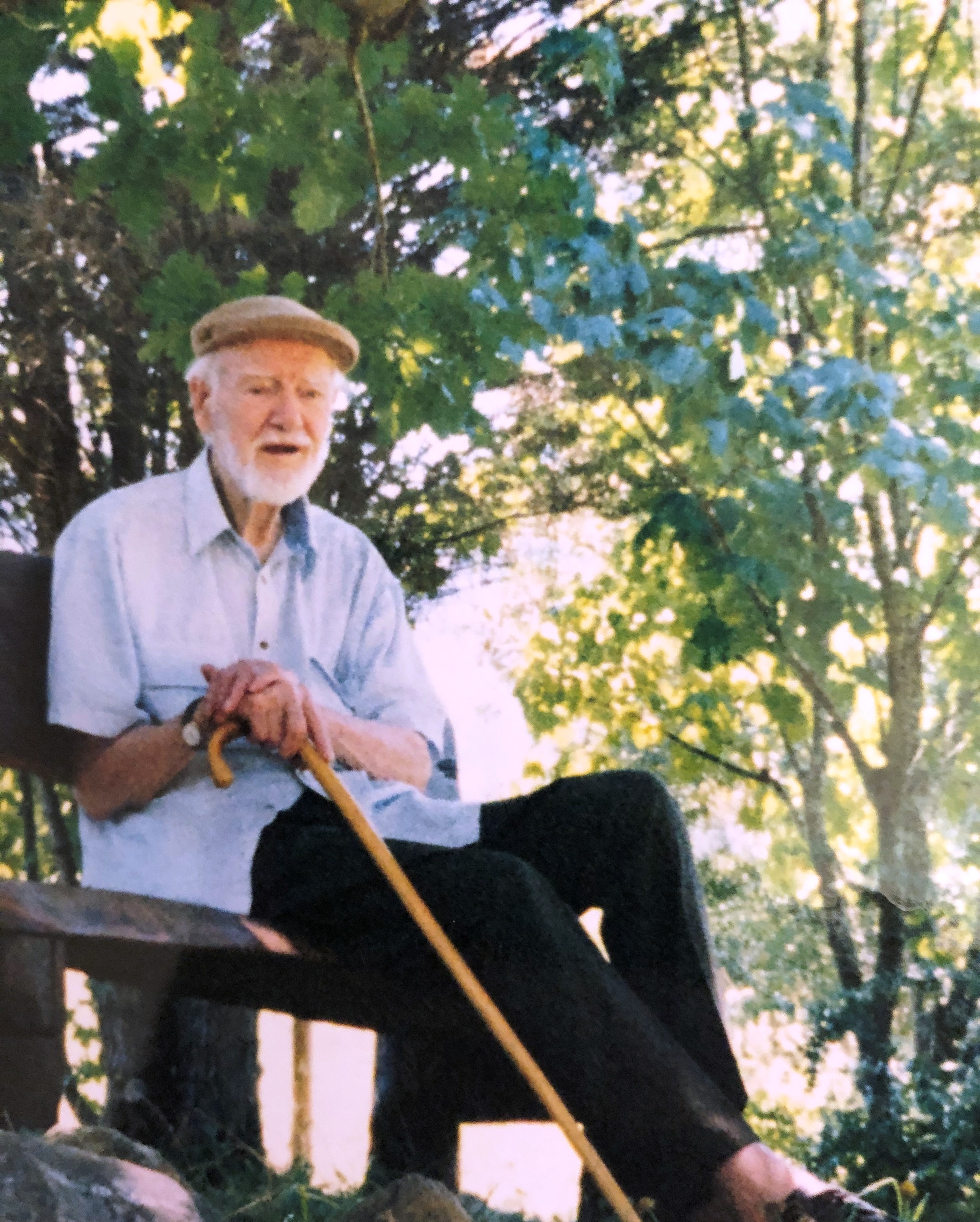 Phillip is emeritus professor at Victoria University, Melbourne, and a review editor of Labour History. He has published extensively in the fields of the Cold War, communism, espionage and the labour movement. His books include The Age of McCarthyism: A Brief History with Documents, Third Edition (co-authored, Boston, 2016); Fighting Against War: Peace Activism in the Twentieth Century (co-edited, Melbourne, 2015); Red Apple: Communism and McCarthyism in Cold War New York (New York, 2014); and Espionage and Betrayal: Behind the Scenes of the Cold War (Milan, 2011).

Blake, J.D., Revolution from Within: A Contemporary Theory of Social Change (Sydney: Outlook, 1971).

This biography is one of the 150 written for the Communist Biographies Project. 100 Biographies are available in print only Comrades! Lives of Australian Communists available here from the New International Bookshop.