Eric Aarons was a lifetime socialist activist, a CPA member for 55 years, and a full-time CPA official for 40 years. A scientist by training and a prolific political writer, at age 50 he became a self-taught sculptor whose works adorn homes, galleries and public spaces.

Eric Aarons was one of the very last of a generation of socialist and communist activists born near the end of World War I, into a world shaped by that war, by the 1917 Russian Revolution, by the Great Depression, and by the fight against fascism in the 1930s and in WWII. 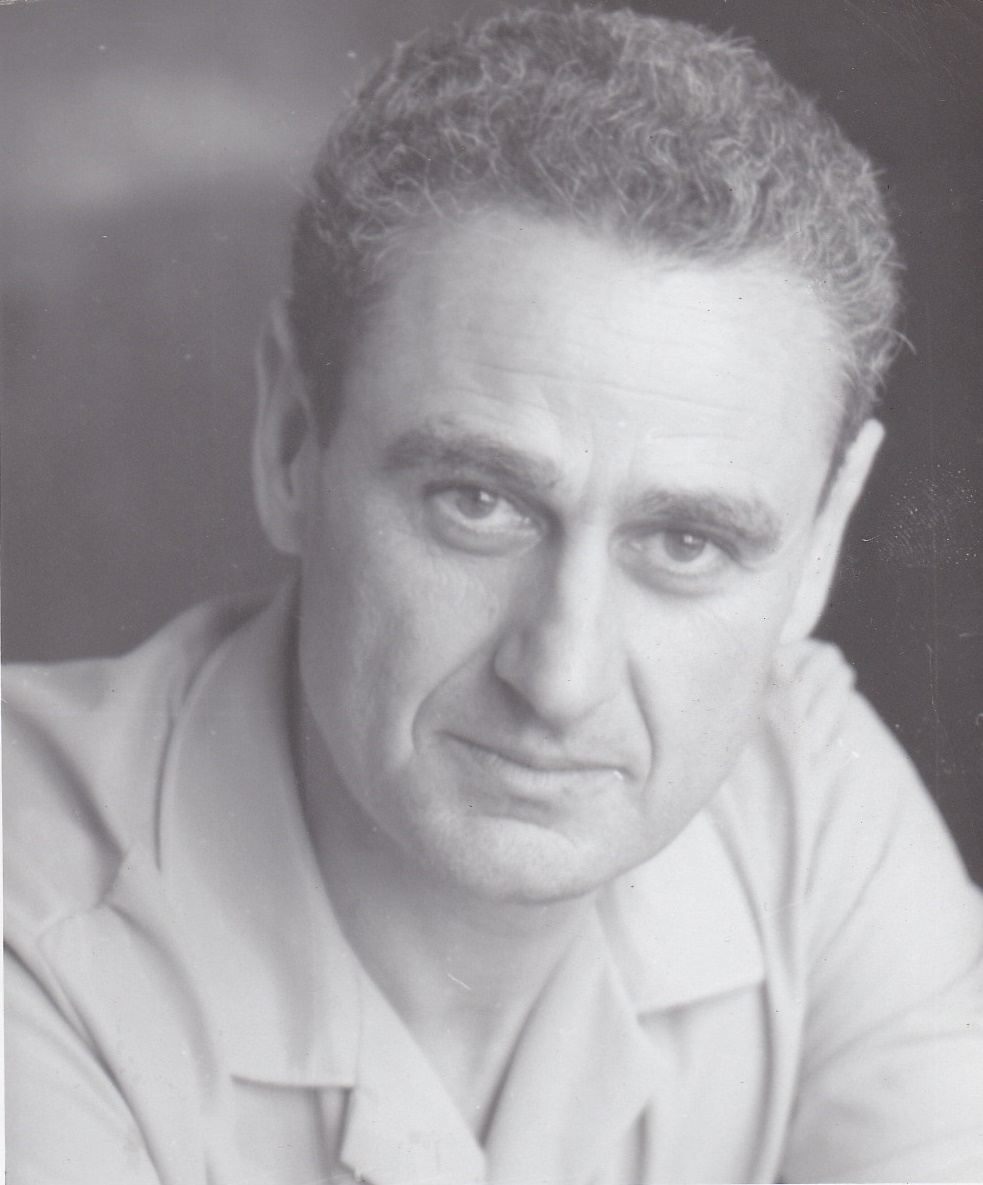 In response, and like many millions all over the world, Eric dedicated himself to the communist movement and the cause of socialism: a society inspired by Marx’s grand vision for a world free from exploitation, poverty, inequality, injustice, and the dominating power of capital and the corporations.

Eric devoted his extraordinarily long life to that struggle for a better world, contributing his considerable talents to that struggle: as a political activist, organiser, writer and publicist, Marxist thinker and educator, sculptor, and practical hands-on worker who could master even such highly skilled tasks as operating a complicated web-offset printing press.

Eric’s near-century long life saw the founding, the rise, and the significant decline of the international communist movement. Having devoted 30 years to “orthodox” communism, he then devoted 20 years, with others, to rejecting the Stalinist model of socialism and to reshaping the vision, goals and practices of the small but still influential CPA. In his last 30 years, he devoted considerable time and effort to analysing the failures of “command economy” socialism, the achievements and mistakes of the communist movement, the reasons for its decline, and the prospects for socialist renewal and radical social change towards a democratic, humanistic and feasible socialism.

Born in Sydney on 6 March, 1919, Eric spent his early years in Melbourne with his mother, Doris Thomas, after she and his father, Sam Aarons, separated. He excelled as a student, winning a scholarship in 1937 to the University of Sydney where, at 18, he joined the CPA university branch. He later graduated with an Honours degree in organic chemistry and worked for a chemical company during WWII. 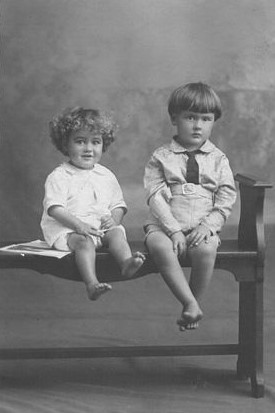 After the war, he worked as a teacher in the CPA’s Marx House in Sydney and later as a local Party organiser in Sydney’s western suburbs. In the late 1940s he became the main CPA leader in Wollongong, the coal and steel city south of Sydney.

In 1951, under threat of banning by the Menzies government, the CPA sent him with 12 others to spend three years studying in the new Peoples’ Republic of China. The group was also to be a leadership in exile if the Party was banned.

On his return, he ran the CPA’s Marxist education on a bush property he found and bought for the Party at Minto on Sydney’s south-west outskirts, and was elected to the CPA Central Committee. Eric had a wide and deep knowledge of Marxism and tutored hundreds of workers and communist activists in socialist theory and politics at many CPA schools, classes and occasional lectures.

Eric went on to do just about every other job that one could in the CPA: district secretary in the large industrial city of Newcastle (late 1950s); Secretary to the National Secretariat (1960s); founder and main editor of Australian Left Review, replacing the previous Communist Review (from 1966); coordinator of the national weekly Tribune (1974-75); and a joint national secretary (1976-82). 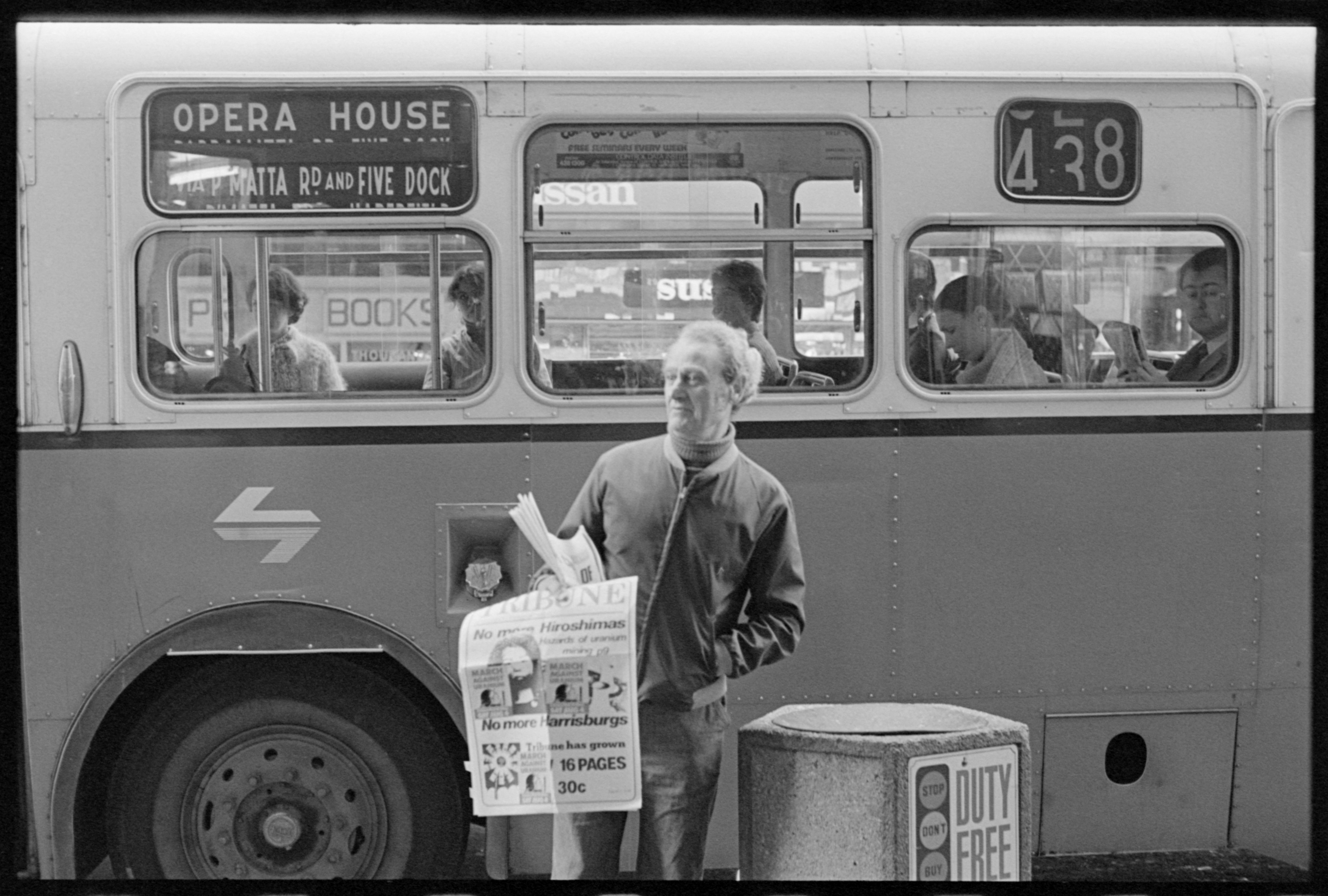 Eric was one of a new generation of CPA leaders in the mid-1960s who broke with Stalinism and adopted a democratic road to and model of socialism. His rethinking began in the early 1960s, in the wake of the split between China and the Soviet Union. This split was the catalyst for charting a new and independent course for the CPA, he later said.

The CPA’s new course was first set out in documents and decisions of the 1967 National Congress. At that congress, Eric gave a key report titled “Communists and the battle of ideas” that argued that the CPA needed a Marxism which was “a humanity centred, humanist view”. His Marxism emphasised the ethical and moral underpinnings of its critique of capitalism, and being open to new ideas. 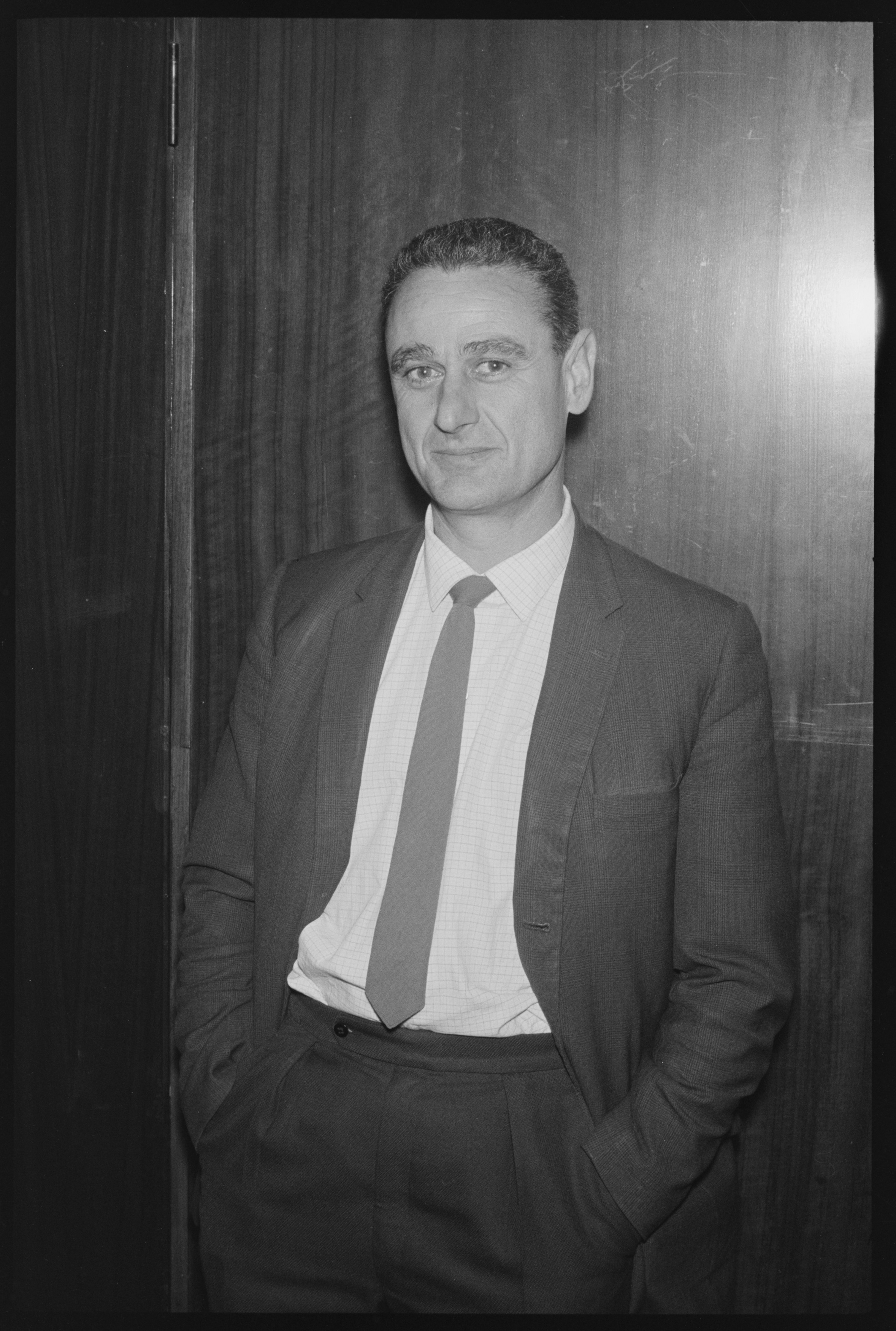 In line with its new course, the CPA strongly supported Alexander Dubcek’s “Prague Spring” and “socialism with a human face” in Czechoslovakia in the first months of 1968, which the CPA took as proof that socialism could be democratic.

Eric was the last surviving member of the CPA National Executive that condemned the Soviet invasion of Czechoslovakia in August 1968 as contrary to fundamental socialist principles. The invasion not only crushed the Prague Spring and the rights of the Czechoslovak communists and people; it also crushed the possibilities for reforms that were essential for the Soviet Union itself. As the CPA pointed out at the time, that decision of the Soviet leaders was to have grave consequences for the whole socialist cause.

Eric played one of the leading roles in analysing the reasons for the crisis of that model of socialism and in rethinking the tasks of the socialist movement in light of those problems, and in light of the ongoing transformations of capitalism, new trends in the workers’ movements, and the new emerging social movements for women’s liberation, Indigenous rights, racial equality, environmental sustainability, gay liberation and others.

At the age of 50, Eric took up sculpting at which, as with everything he undertook, he excelled. His works adorn many homes and various galleries and public spaces, including a diprotodon (wombat) outside the Campbelltown Art Gallery, which kids love climbing on.

After retiring from full-time Party work in 1982, he moved to a modest fibro cottage at the Minto Bush Camp, where for years he served as the caretaker and worked on his many sculptures in wood, stone, metal and other materials. He continued to manage the CPA’s finances. 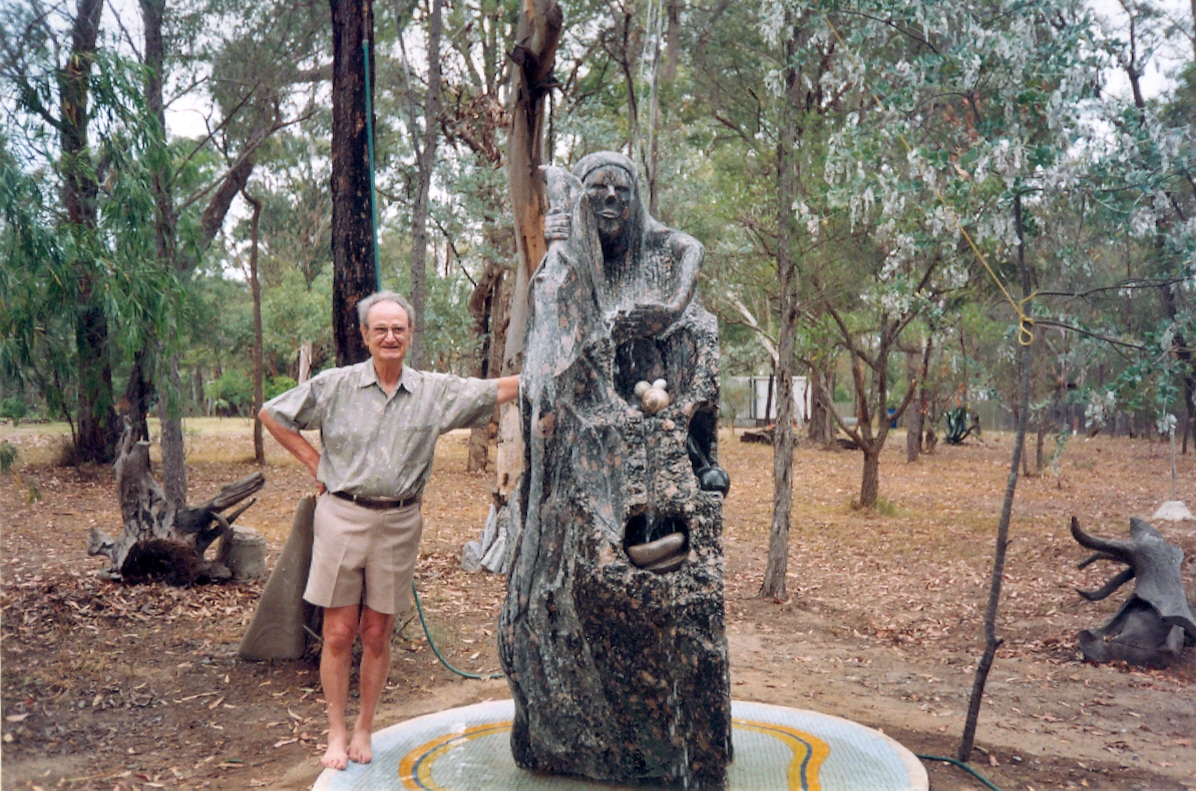 In the 1980s, Eric’s hopes that a renewed CPA would grow in numbers and influence were not realised. When the CPA decided to cease operating as a Party in 1991, Eric was the architect of the establishment of the SEARCH Foundation to safeguard the CPA’s assets and put them to good purposes. He managed the SEARCH finances for several years.

In his later years, a physical ailment, stenosis of the spine, at first restricted his ability to walk and then confined him to a wheelchair. He nevertheless maintained an amazing range of activities, reading widely, writing, even sculpting until that became impossible.

Then came his last struggle: dementia. Even as he slowly but inexorably declined from his dementia, he showed flashes of the old capacity for sharp wit and pointed observation. The day after he turned 98, he had to be moved into residential care. Visited there by two close friends, over a cup of coffee he said: “This place is quite palatial … We just need to organise a quick getaway car!”

His major written works are cited below. They include a widely praised booklet, Lenin’s Theories on Revolution, published in 1970 to mark the centenary of Lenin’s birth, and a 1972 self-published short book, Philosophy for an Exploding World. This explored what he called the ‘values revolution’ by presciently ringing alarm bells about finite resources, pollution and global population. The book also outlined a critique of the prevailing orthodox Marxism and proposed a more creative form, rejecting the notion of a “unitary theory” that explained everything. He also stressed the importance of political pluralism and broad coalitions based on shared values to achieve social change.

Later works included a very readable 1993 autobiography and political memoir, What’s Left?, two critiques of Friedrich Hayek and neoliberalism, and an erudite critique of the differing philosophies of Hayek and Marx, Hayek Versus Marx and today’s challenges, published when he was 90. In this final work, he concluded that the greatest threat facing humanity was global warming and damage to planet Earth. Humanity had to understand the limitations and needs of a finite planet and a delicate complex web of life if its civilisation was to survive.

Eric had a keen sense of humour and a quick wit, which he occasionally deployed to great effect in political discussions and debates.

Eric was married to Betty Dent from 1942 to 1950, with whom he had a son, Paul. From 1956 he had a long-term de facto marriage with Esther Taylor (known then as Esther Aarons). During the 1970s he lived with Beverley Symons for several years. His partner over his last three decades was Peta Salmon. 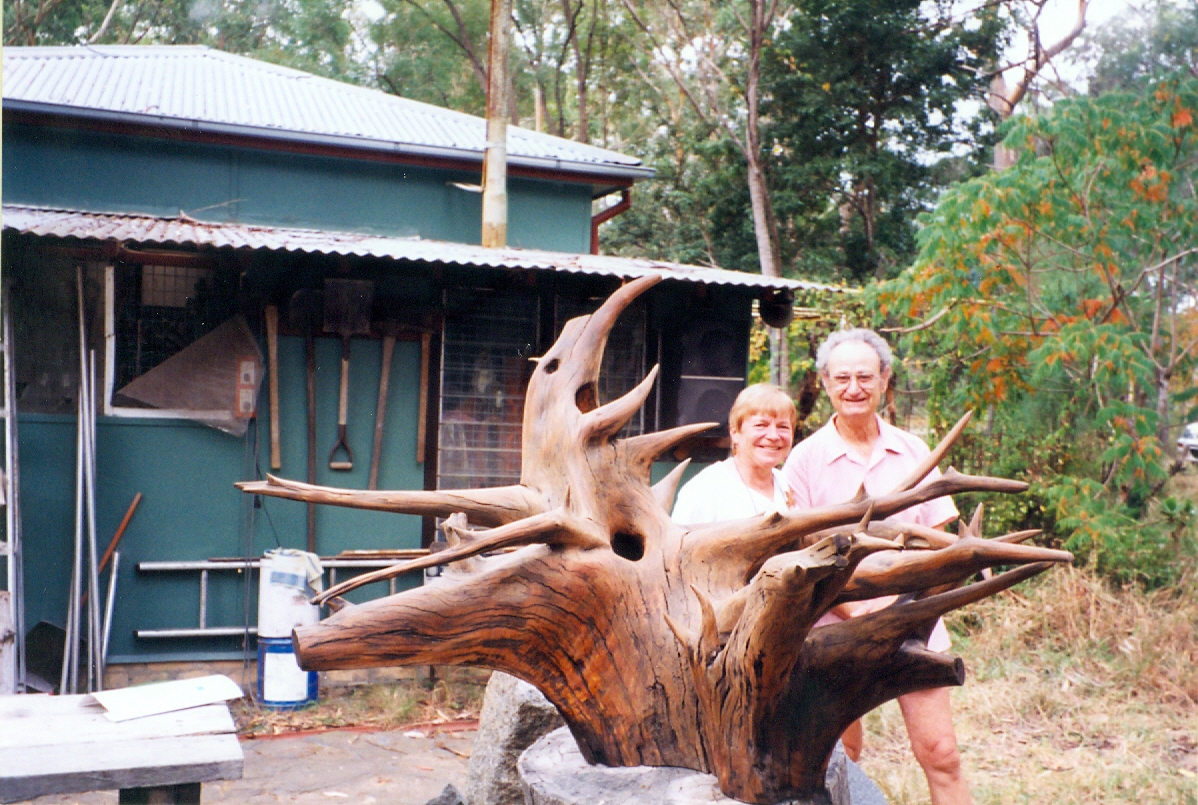 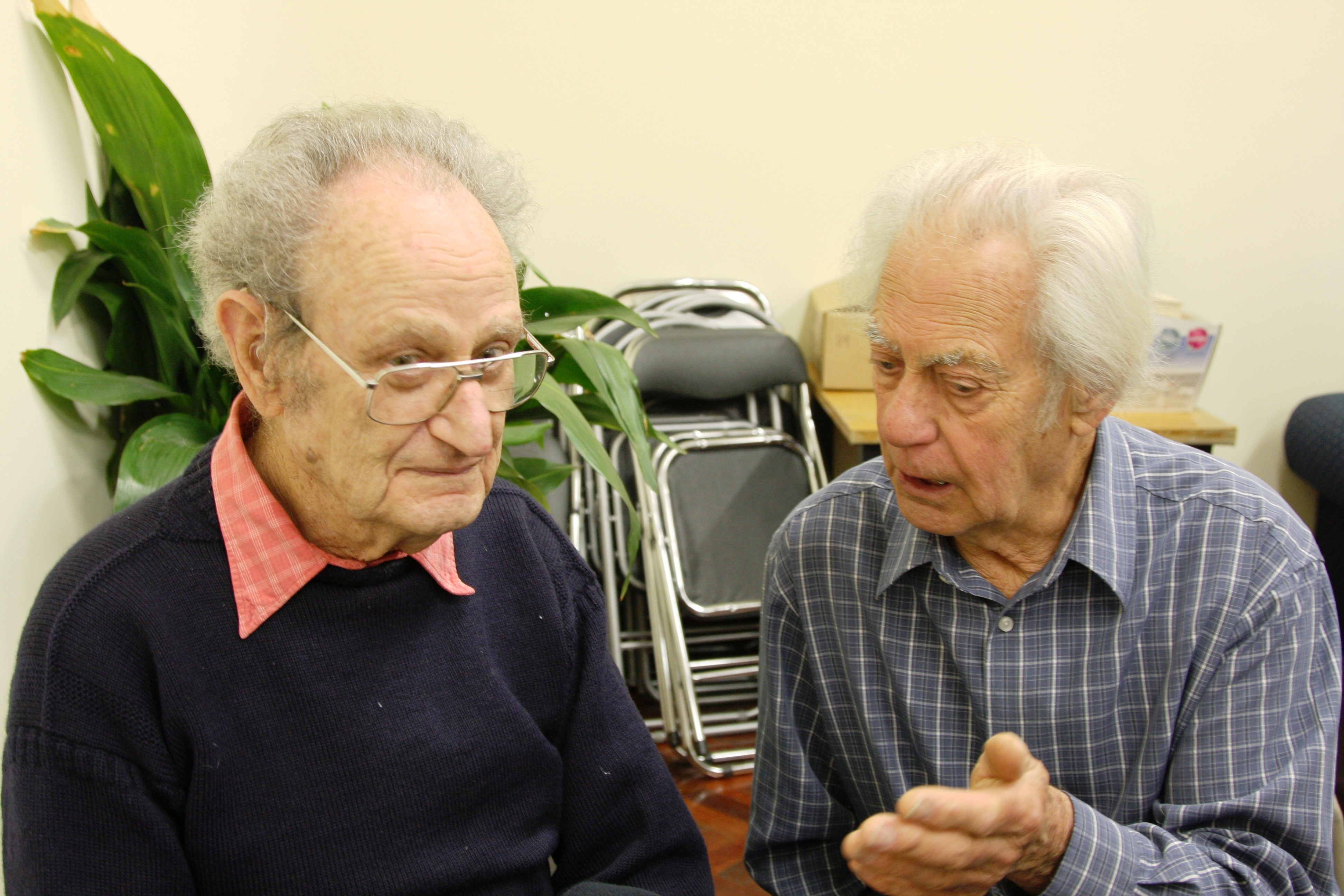 Eric was widely loved, admired and respected by his comrades and friends for his many personal qualities, including his humanity, dedication to radical social change, modesty, openness to all ideas and contributions, a welcoming and comradely spirit, and ability to connect with people from all walks of life. His contributions helped shape the Australian Left. He died on 18 January, 2019.

Brian Aarons was a CPA member for 30 years. He taught university physics for a decade; worked fulltime for 18 years for the CPA as a district and national organiser, and on Tribune and Australian Left Review; and later worked for Indigenous organisations and departments in the Commonwealth public service. He is Eric Aarons’ nephew.

David McKnight is a journalist and academic at the University of NSW. He is the co-author of Big Coal: Australia’s Dirtiest Habit, and the author of Rupert Murdoch: An Investigation of Political Power, as well as Beyond Right and Left: New Politics and the Culture War, and Australia’s Spies and Their Secrets. He worked as a journalist on Tribune, the Sydney Morning Herald and ABC TV’s Four Corners.

In addition, Eric Aarons wrote numerous pamphlets and booklets during his career as a CPA leader, amongst them:

Let The Sun Shine In: The Energy Crisis and How to Meet It (Sydney: Red Pen Publications, 1980).