Edna Ryan was a fighter for social justice and women’s rights, a relentless lobbyist and renowned pay equity campaigner, whose 1974 National Wage Case intervention on behalf of the Women’s Electoral Lobby (WEL) was instrumental in the abolition of separate minimum rates for women and men. Edna joined the CPA in 1927 and was active in the Militant Women’s Group (MWG) but left in 1931 after her husband was expelled.

Edna was born Edna Minna Nelson on 15 December, 1904 in the inner-Sydney suburb of Ultimo, the tenth child of 12. In later interviews she described the endless routines for working women: her older sisters would leave for work in the morning once her mother returned at 7.30 am from cleaning offices: ‘She’d walk home across Pyrmont Bridge and they’d go to work across Pyrmont Bridge’. Her feminism and socialism were shaped by seeing those working experiences and by the extraordinary events of her adolescence and early adulthood in the turbulent 1920s.

Her political activism was grounded in those events of her adolescence:  the passionate anti-conscription campaigns of World War l, the NSW Great Strike in 1917 and the Russian Revolution. She went to meetings in Sydney’s Domain, and met leading leftwing political orators of the pre- and post-war era. Inevitably this focus was to lead to her lifelong activism to improve social conditions and pay for working women.

One of Edna’s sisters married Industrial Workers of the World (IWW) member, Vivian (Billy) Mackay, whom she remembered with great affection as one of her political mentors. Edna left school in 1919 at the age of 15, but her education continued informally through these mentors and organisations. Influenced by CPA Central Committee member and women’s organiser, Hettie Weitzel, she became a member of the CPA-backed Sydney Militant Women’s Group (MWG) in 1927 and also joined the Party at Hettie’s suggestion. Edna was employed in the Party office as a typist, but in effect was the office, looking after day-to-day administration and acting as secretary of the Sydney District Group, organising the Sunday evening lectures and speaking at them herself.

She was later to say that “whatever politics I learned, whatever training I got was in the Communist Party”. She recalled that early period in the Party as a golden age of free debate, with “no hushing and stifling, no fear of being accused if one proposed a tactic or an idea”, an “open academy” that “developed what was best for individuals and gave them full opportunity to develop”.

Edna was very active in the MWG, which took up an equal pay campaign as its first priority. Sent by Hettie Weitzel to Labour Council to seek additional resources for the campaign, Edna convinced them to allow Jean Thompson, her Labour Council counterpart, to use her paid work time to organise factory gate and Friday night street corner meetings, at which Hettie, Jean and Edna spoke about equal pay.

Edna and Jean also paid an organising visit to the Hunter Valley coalfields, after which a meeting of 100 wives of striking miners formed their own MWG group and set about organising strike relief, an initiative which unfortunately was cut short when the Miners’ union took over relief operations.

In December 1928 Justice Lukin handed down an award reducing wages in the timber industry and increasing work hours from 44 to 48. This led to the first great strike of the Depression years, in which women’s organising, particularly that of labour and union women, was crucial, and the MWG was integrally involved. Edna's account gives a colourful first-hand understanding of communist women’s industrial strategies. She worked with a group of other MWG members, “four or five of us, we were all young women in our early twenties” to organise timber-workers’ wives in support of their striking husbands, organising pickets and rallies, collecting money and food for the families of strikers and forming deputations to the Minister.

Edna herself led a march of women from Trades Hall to the Town Hall, where they invaded the Industrial Peace Conference and also, with Joy Barrington, led a raid on the offices of the Timber Merchants’ Association. In this first year of the Great Depression MWG activists were sometimes frustrated by the clash between solidarity and women desperate for their husbands to be earning a wage to support the family. 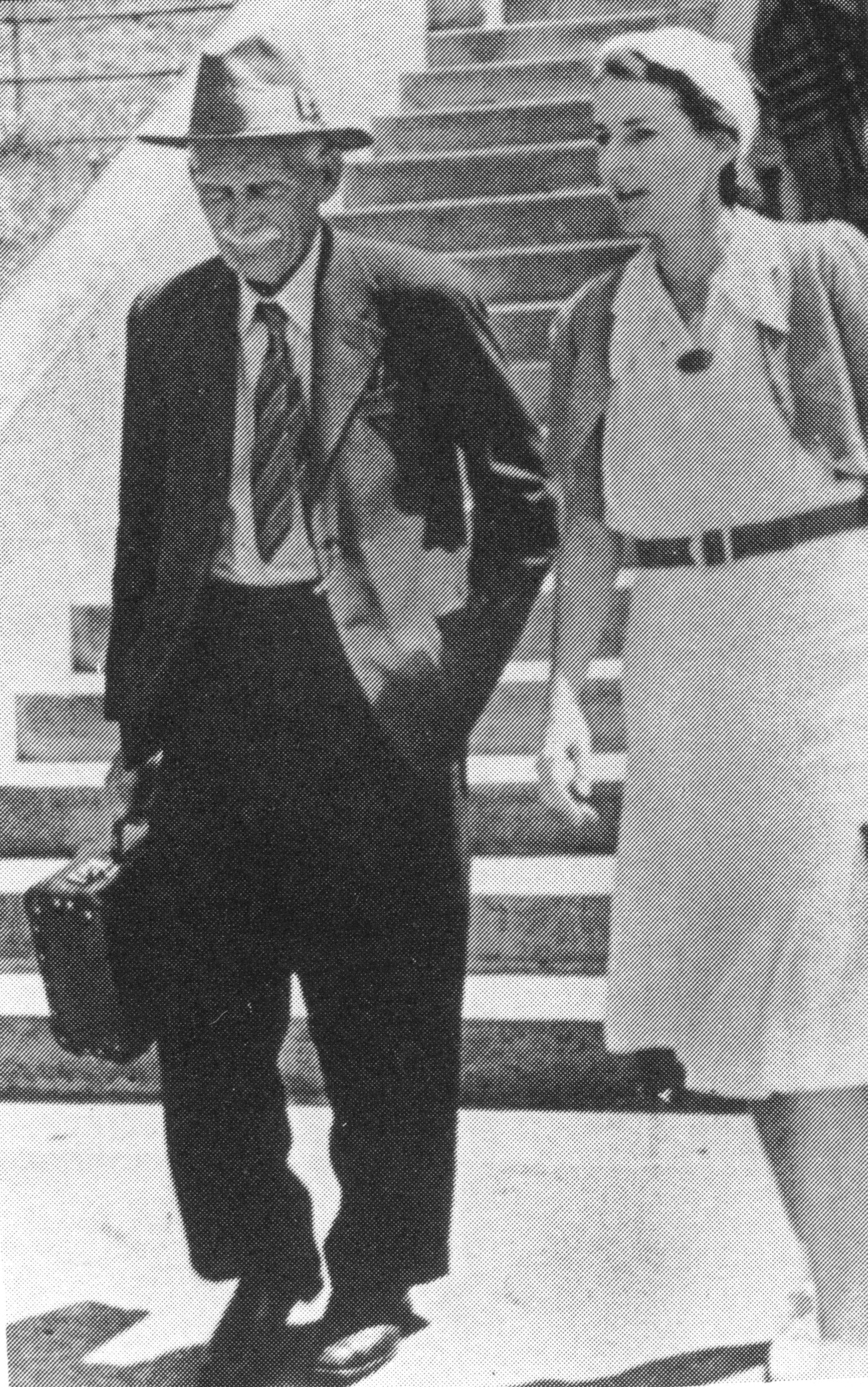 The strike was to be Edna’s last major activity as a CPA member, as it occurred on the eve of the CPA’s Third Period, when ALP members and many unionists were condemned as ‘social fascists.’

By 1929 Edna had married Jack Ryan and he and others, including many unionists, disagreed with the new line. Ryan himself was expelled in February 1930; many other expulsions followed. While Edna remained in the Party for some time, hoping that Jack would be readmitted, she left in 1931 when facing possible expulsion herself. While the Ryans now lost touch with many former comrades, they retained their friendship with Edna and Jack Kavanagh, another of her political mentors.

Always pragmatic, Edna consistently pursued immediate as well as long-term outcomes for women and families, notwithstanding the ‘Party line’, which often placed her at odds with Party policy. Edna and other CPA women welcomed the 1927 introduction by the Lang government of Child Endowment (an initiative of radical liberals Marion and A.B. Piddington) as a practical social benefit, especially as it was paid directly to mothers; Party men regarded it as tainted by being a Labor initiative. (Later, Edna was to argue for acceptance of interim gains to meet immediate need, instead of holding out for full pay equity, as advocated by Muriel Heagney.)

When she left the CPA, Edna could argue her own beliefs. Always anti-war, in 1935 she described the League of Nations to Normington Rawling as an ‘instrument of war’, stressing that she wrote as one who had been ‘in the CPA but was now outside it’, and was therefore free to speak her own opinions. In the late 1980s Edna (and many other women, predominantly trade unionists and including CPA and ALP members) saw enterprise bargaining, promoted by the ALP and the ACTU, as disadvantageous to women and she lobbied Industrial Relations Minister Laurie Brereton against it.

After the family moved to Sydney’s Eastern Suburbs and Jack Ryan set up business as a butcher, Edna was voluntary WEA organiser in Woollahra from 1935–45. For long periods during the Depression she was the family’s sole breadwinner, which gave her priority access to the Sydney City Council’s Woolloomooloo Day Nursery, the first long day care centre in NSW. She was a clerical worker in numerous offices, a trade union delegate and industrial activist on female rates. (In 1964 she negotiated for herself payment at the male clerical rate).

In 1944 Edna joined the ALP and held various positions; she campaigned for Jessie Street in Wentworth in 1946 and in 1953 ran as endorsed ALP candidate in the state seat of Mosman. She set new benchmarks for women in local government, particularly after the family moved to Canley Heights in Sydney’s west. In 1956 she was elected the first female deputy lord mayor in NSW and in 1958 became the State’s first female mayor. She was the first female delegate to the state conference of the Municipal and Shire Council Employees’ Union and became the first female president of the Local Government Officers’ Association in 1963.

Edna Ryan’s lifelong concerns were for women, class justice, and a multifaceted and socially just society, the foundation for her pay equity achievements and her feminist organising: she joined the newly formed Women’s Electoral Lobby (WEL) in 1973. She described herself in a WEL publication as ‘Convenor of the Industrial Group of Sydney WEL, active in trade unions at executive level, nine years an alderman, forty years in the ALP.’  Her work was key to the Equal Pay decisions of 1969 and 1972, and the 1974 National Wage Case. In 1974 she intervened for WEL in the National Minimum Wage case, which led to the Equal (Minimum Rates) Pay decision of 1975. Her ground-breaking submission, providing new statistical evidence on the endemic inequities of the female wage, was instrumental in the Commission’s recommendation for a single minimum wage to apply to both women and men.

In 1985, Edna Ryan was awarded an Honorary Doctorate by the University of Sydney for her services to women. In her honour, women come together in Sydney each year to celebrate the EDNA Awards, acknowledging women who have made a significant feminist difference in that year.

Rosemary Webb is a labour historian and member of the Australian Society for the Study of Labour History. She lives in Sydney.

Danny Blackman is a member of the SEARCH Communist Biographies project collective. With a long history of union and feminist activism, she devotes much of her time in retirement to labour history and is the secretary of the Sydney Branch of the Australian Society for the Study of Labour History (ASSLH). A former 1960s New Left activist, she was a CPA member from the early 1980s until 1991 and was an organiser for the Party’s Sydney District in the mid-1980s.

Ryan, Lyndall, ‘Caught out: Edna and Jack Ryan and the 1951 referendum’ in Inside Story 13 October, 2014. https://insidestory.org.au/caught-out-edna-and-jack-ryan-and-the-1951-referendum/

Macintyre, Stuart, The Reds: The Communist Party of Australia from origins to illegality (Sydney: Allen & Unwin, 1998).