A Jewish refugee from Hitler’s Germany, Bernie Taft was a member of the CPA for over 40 years, serving as Victorian state secretary and joint national secretary, before leaving in 1984 to help form the Socialist Forum.

It was May 1983, and I was in West Berlin with Bernie Taft, attending the conference of European Nuclear Disarmament. One day he and I crossed Checkpoint Charlie for a full day of unofficial meetings, including with the prominent author and critic Stefan Heym, as well as with a young couple who were suffering the consequences of applying for an exit visa, and with a leading journalist. Our guide was a woman who had lived in exile in Australia prior to World War II, and had returned to “help build socialism,” and was now increasingly disillusioned with the reality of life in East Germany.

The day demonstrated to me two of Bernie’s qualities – his open and enquiring mind, which marked him as a true intellectual, married with a commitment to social justice, to democratic principles and to internationalism. These two qualities, along with his courageous willingness to question previous certainties and to pay the penalty for doing so, marked his 43 years in the CPA.

Bernie Taft was born in Hanover in Germany on 27 June 1918, just before the end of World War I. As he explained in his memoirs, Crossing the Party Line, it was inevitable that the two events of his youth – the Great Depression and the rise of German fascism – shaped the course of his life. He joined the Young Communist League (YCL) in 1932, seeing the Party as the most effective force in responding to these two developments. With the rise of Hitler, Bernie’s family left Germany for Palestine in 1933 where he again made contact with the YCL. The YCL and the Communist Party were both illegal, although in a more relaxed form than that prevailing in Nazi Germany.

By 1935 Bernie and his family were on the move again – to Austria, Romania, Tahiti, Noumea, and finally to Australia, arriving in late 1938. After settling in Melbourne, he joined the League of Young Democrats (formerly the YCL) and then, after the Nazi invasion of the Soviet Union in 1941, joined the CPA. Following Party advice, he trained as a fitter and then began work at Ansett Airways servicing RAAF planes. The following years saw the Party’s standing grow, largely due to the Soviet Union’s role in the war. Soon there were four Party branches at Ansett, one for each shift and one for the engine shop. Bernie’s role in building this presence brought him to the attention of the Party leadership, and in 1945 he was asked to take on a full-time educational role. This was the beginning of more than 30 years as a full-time functionary.

The Party had grown significantly, reaching a membership of 23,000. With the end of the war on the horizon, there was a great deal of optimism about the future. Educational programs were seen as central to the Party’s development, so Bernie’s role as head of the Marx School was pivotal. He was also elected to the Party’s Victorian state committee, becoming its youngest member. Over the following three years, Party membership declined but the Marx School flourished.

In 1949, Bernie was moved from the school to work as an organiser for the state office. This move brought him into direct contact with Ted Hill, who was appointed state secretary in the same year. Their relationship shaped Victorian Party politics for the next decade and a half. Bernie increasingly chafed at Hill’s authoritarian leadership and, concerned at some developments in the Soviet Union (most notably the so-called ‘Doctors’ Plot’), he had a crisis of confidence. This was resolved when he was informed that he was to go to China for an 18-month long Party school. His time in China coincided with the relatively liberal ‘let a hundred flowers bloom’ period.

He returned to a Party confronted by Khrushchev’s 1956 ‘secret speech’ outlining Stalin’s crimes. Bernie and Hill differed strongly over the handling of debates about the speech, and this was soon compounded by the Soviet invasion of Hungary. Bernie was a lone voice at the state executive when he opposed the expulsion of prominent critic, Ian Turner. There was now an increasingly divided Victorian Party, with Bernie leading a minority with a strong presence in some areas, particularly in the railways’ branches.

The increasingly bitter debates took place against the backdrop of the growing Sino-Soviet split. As that split became deeper, and as the Party nationally finally came to oppose the Chinese position, differences within the Victorian organisation rapidly came to a head. Before then Bernie experienced what he dubbed his “Siberian exile”, when the national leadership attempted to defuse the situation by sending him on a 16-month course in the Soviet Union. Thus, Bernie was placed in the unique position of having studied in extended schools in both the Soviet Union and China.

Soon after Bernie’s return, Hill and his followers split from the Party, to form the Communist Party of Australia (Marxist-Leninist). While the split caused confusion and disillusionment, it also offered possibilities of renewal. Bernie became state secretary and forged a close working relationship with the new president, John Sendy, who had been transferred from South Australia. Bernie also became part of the national leadership.

The battle with Hill’s supporters demonstrated Bernie’s willingness to fight for what he thought was right, even at considerable personal cost. It also showed a vision of a different style of political activity, and of a different sort of Party. The Party was seeking to come to terms with a changed Australia, to forge more constructive relationships with other progressive forces, and, critically, to develop a more independent posture vis à vis the Soviet Union.

Bernie was central to these developments, which became more crucial following the Soviet invasion of Czechoslovakia in August 1968. During 1968 and 1969, he made five trips to various countries in Europe and Asia, including Czechoslovakia, to see the ‘socialism with a human face’ developing there before the Soviet invasion, and met key figures in other parties. The Australian Party strongly, quickly and publicly condemned the Soviet invasion, a position Bernie encouraged. The decision led to considerable internal disputation, and, despite Bernie and John Sendy’s efforts to maintain unity, ultimately to another split in 1971, with the formation of the pro-Soviet Socialist Party of Australia.

Bernie was also central to the growing movement for the immediate and unconditional withdrawal of Australian troops from Vietnam. As one of three Vice-Chairs of the Victorian Vietnam Moratorium Campaign, Bernie was a leading advocate for campaign strategies which built a broad and inclusive movement and placed breadth of participation before coherence and ideology. The wisdom of such an approach was demonstrated by the strength of the Victorian campaign, a high point being Melbourne’s 100,000 strong Moratorium march on 8 May, 1970. Many of the opponents of this inclusive approach were heavily influenced by Maoism, and Bernie found himself returning to the battles against Ted Hill in Moratorium committee meetings. 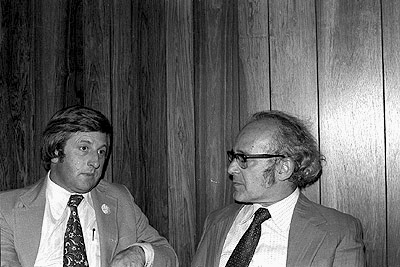 In 1979 Bernie became CPA joint national secretary. The Party was an organisation still riven by differences, and he found the national committee meetings “a drain” and the more frequent national executive gatherings “an unmitigated ordeal,” since “each meeting was conducted in an atmosphere of hostility”. He contrasted this with the encouraging “sane political atmosphere” in Victoria, where the Party had experienced an influx of younger activists and was able to develop innovative work in the union movement. Bernie and his supporters had also begun to develop political strategies in line with the Eurocommunism of Western European parties, in opposition to what he perceived as the “narrow leftist line” of the Sydney-based national leadership.

Bernie continued to travel. His leading role in the Vietnam Moratorium campaign meant he was chosen to represent the Party at the 1982 Vietnamese Party congress. However, international developments did not give him much comfort. The declaration of martial law in Poland and the Soviet intervention in Afghanistan, along with reverses for Eurocommunist parties, sapped the morale of Bernie and others.

Eventually, Bernie and most members of the Victorian State Committee decided to leave the Party en masse in April 1984. They had come to believe that the communist project had been exhausted, as was their confidence that the CPA could make necessary changes. It was another example of Bernie’s intellectual courage, and his willingness to examine his lifetime commitment. It did not mean an end to his activism. The Socialist Forum and the Australian Jewish Democratic Society were among the channels for his commitment to social change, along with his networking across the broader left and labour movements.

Andrew Hewett has worked in a variety of social movements in Australia and the UK including the nuclear disarmament movements in both countries. He worked for Oxfam Australia for nearly 22 years including over 11 years as Executive Director. More recently he completed a doctorate in international relations. He was a member of the CPA from 1974-1983.