Alex Macdonald was a Communist Party of Australia (CPA) official and trade union leader from the 1930s through until the late 1960s. He was an amiable and personable character who was proud of the Left and drew respect, if not support, from across the political spectrum. He played a prominent role in many of the industrial and political conflicts experienced in Queensland during his active years. He also steered trade unionism into areas such as indigenous rights, gender equality, student activism and the peace movement during an era when Queensland crept gradually towards being a police state.

Alex was born in Greenock on the Firth of Clyde in Scotland, in 1910. His father, a carpenter in the shipbuilding industry, served on the management committee of the Greenock Central Co-operative Society and it was through this socialist organisation that the family were able to obtain housing. Alex may have observed at close hand the revolutionary fervour that was widespread throughout the world at the end of the First World War. During that period, Glasgow was known as 'Red Clydeside.'

The revolutionary situation came to naught. A few years later, at fifteen years of age, without work and escaping family problems, he became the second of four siblings to leave for Australia. On arrival he trained in Scheyville, west of Sydney for three months as part of The Dreadnought Scheme, but this led to no permanent work. 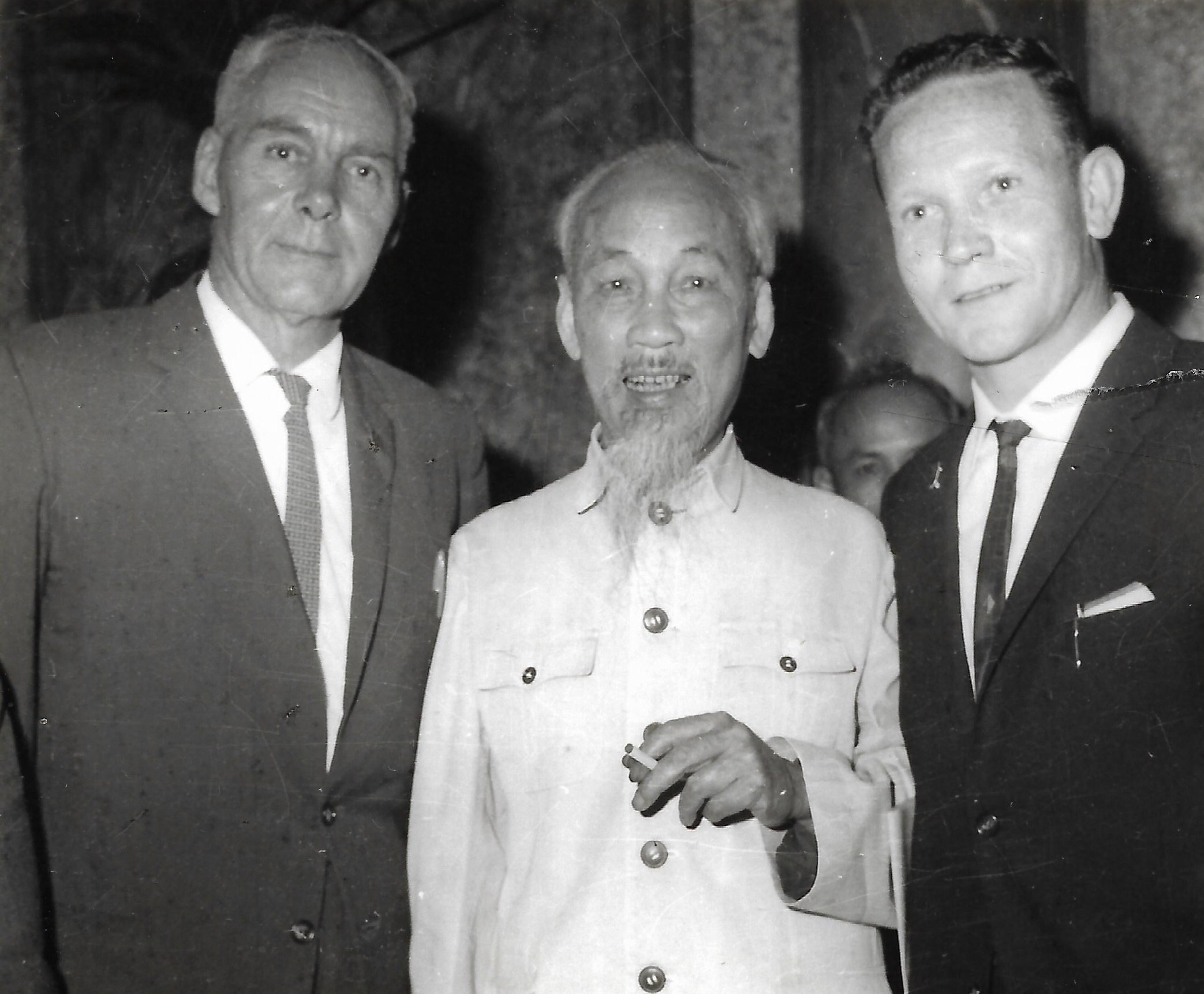 He then spent several years travelling around Australia looking for work. By the end of the 1920s he was in Perth and considered returning to Scotland. Although he would not see his son again, Alex's father judged that the economic situation in Scotland was so severe that Alex was better off staying where he was. Alex moved back East. He recalled to his daughters how desperate the situation was for itinerant workers like himself, “…after the Saturday night dances in the country hall, when they put the scraps of food out in the bins, afterwards (we) would go and raid the bins, looking for food.”

By the early 1930s, Alex was in Queensland. In Mackay he witnessed the stand-off between authorities and the Unemployed Workers Movement organised locally by his comrade Ted Roach. By 1933 Alex had moved to Brisbane and joined the CPA. Mick Healy pointed out the shared background of all the travellers, “Alex Macdonald was one of the leaders at the Crystal Palace (camp)…We got our early experiences, our convictions, on the track. Very few of the Unemployed leaders had any background of militancy. It was life itself.”

Alex proved himself within the CPA, and was on the State Committee within three years. By 1939, he was on the Central Committee meeting in Sydney.

That same year he married Molly Neild, an active member of the party and future key figure in the Union of Australian Women. Molly had grown up alongside her first cousin, Jack Lindsay, author of The Blood Vote, whose father was Norman Lindsay.

Alex obtained a position as an ironworker on the docks in Brisbane and joined the Federated Ironworkers Association (FIA) in 1940. Within two years he was elected Queensland branch secretary.

The 1948 Queensland Railway Strike was based on genuine wage injustice but became an anti-communist crusade. The appointment of Alex as the Secretary of the Strike Committee was regarded as “the real turning point in the direction and leadership of the strike” according to comrade Doug Olive.  It was during this strike that Fred Paterson was attacked by a Special Branch officer, a beating he suffered the consequences of for the rest of his life.  In 1949 Alex joined the ACTU national executive.

The FIA had been under the control of the CPA since 1936, but the Groupers were successfully using the courts to challenge the validity of the election of CPA officials. The writing was perhaps on the wall regarding Alex's FIA position. He stepped into the ‘vacant’ position of the Queensland Trades and Labour Council (TLC) Secretary in December 1950. He had been an executive officer of the TLC from 1943 and was elected Secretary unopposed. The FIA was subsequently taken over by The Groupers and remained under their control until the early 1990s.

The Groupers were exposed as anti-Left, pro-Catholic reactionaries in 1954. In consequence the AWU temporarily re-affiliated to the TLC. The nine-month long 1956 Shearers Strike was thus co-ordinated by the TLC. The AWU would later say of Alex that he “was the brains and guiding hand (of the TLC), particularly in matters affecting its approach to the industrial well-being of the workers throughout the state, their wives and families.”

In 1964 Alex stood alongside Pat Mackie and helped co-ordinate the bitter Mt. Isa Strike. Put simply, the strike was about union victimisation and the fact that take-home pay for workers at the highly profitable mines was less in 1964 than it had been in 1952. Even the Queensland Employers Foundation questioned the State Governments over-reaction to the strike with civil liberties suspended, a night curfew and the airlifting into the town of hundreds of police. The dispute ended with a mixed result for all concerned.

From August 1964 anti-Vietnam War demonstrations were initiated at the University of Queensland. Temporarily the radical student movement replaced the CPA as the hate figure of the Establishment. When Brian Laver, representing the students, and Alan Anderson, a CPA member and plumbers union representative, approached Alex for support in establishing a youth group, the FOCO club, he offered them the use of one floor of the Trades Hall.  Headlines proclaiming FOCO as the ‘most evil’ place in Brisbane divided the leadership of the Trades Hall with Jack Egerton (later knighted), the ALP President of the TLC, and other prominent ALP activists, hating the group.

Alex had been worn down by the battle over the student movement and troubled by the invasion of Czechoslovakia and the consequent response of the Queensland branch of the CPA, and the national organisation, to censure the Soviet Union, but the deterioration in his health was sudden and largely unexpected . In the coming weeks he had expected to be present at the ACTU Conference where his manoeuvrings had arranged the appointment of Bob Hawke as ACTU President (a fact that Hawke subsequently recognised on numerous occasions). Alex died of a myocardial infarction on 18th August 1969 at the age of 59.

Thousands of mourners attended Alex’s funeral, where a piper played the MacDonald lament.

Alex’s legacy has been varied. Humphrey McQueen has referred to him as a “working class intellectual.”  The Equal Pay Committee he organised, which perhaps best illustrated the progressive CPA positions Alex took during his tenure as Secretary, was wound up following his death by his newly appointed ALP-affiliated successor. As a Marxist, Alex had a huge interest in the history of the Queensland labour movement and his collected material forms the basis of the University of Queensland's Fryer Library TLC collection, some 637 parcels and boxes of items. A library was dedicated to him in the 1980s at the QCU building (subsequently removed circa 2006), and an annual Alex Macdonald Memorial Lecture forms part of the Brisbane Labour History Association’s calendar.

[4] Pam Young, Daring to Take a Stand : The Story of the Union of Australian Women in Queensland (Wavell Heights, Qld. : Pam Young, 1998).

[9] Young, Daring to Take a Stand : The Story of the Union of Australian Women in Queensland. p47