Significant Left-Progressive Wins in the USA

The left-progressive insurgency inside the US Democratic Party following the 2016 Bernie Sanders Presidential primary campaign has continued in recent months with gains by left and progressive forces. In a number of states in primaries for the House of Representatives and several State Governors' races as well as State Houses, uncorrupted left-progressive candidates have been making important gains, being selected to contest the mid-term elections on November 6.

The progressive groups Our Revolution, Justice Democrats, Democratic Campaign Change Committee and others including the Democratic Socialists of America have helped preselect an impressive array of Democratic Party candidates. These candidates are running on a platform that seriously challenges the neoliberal policies that hamstrung the US Democrats during Presidents Obama and Clinton's terms in office and opened the way for right-wing populist Trump to win in 2016. 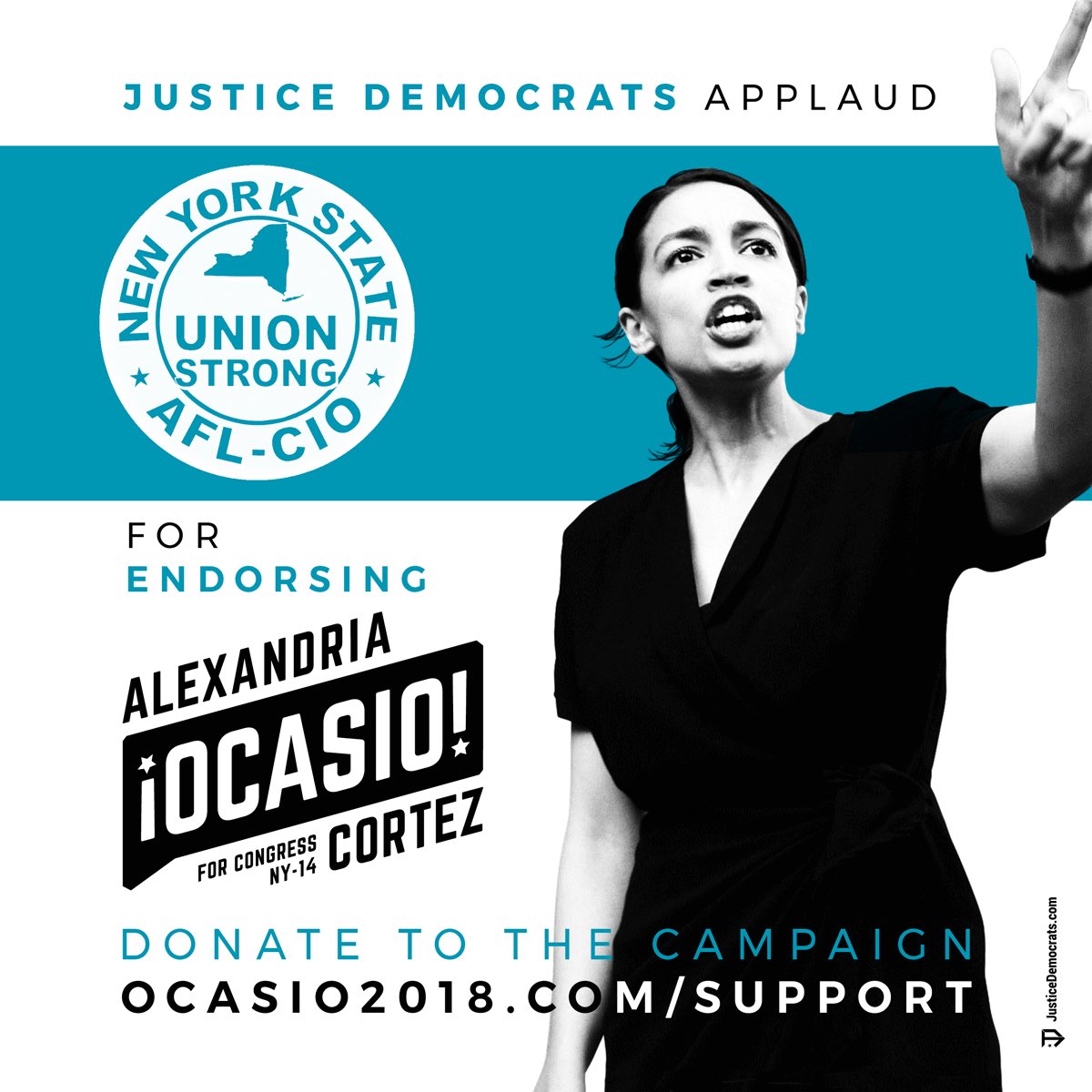 Bernie Sanders confounded all the experts by enthusing millions with his left-progressive populism and grassroots campaign in which he eschewed campaign finances from the corporations. In 2016 he started as a lone voice. The movement that grew to support him realised that they had to build support in state and federal legislatures where the Democrats had lost 1,000 seats over the Obama years in office due to tepid policies.

On November 6 several states will have strong progressives running on the Democrat ticket for Governor:

In New York State, progressive actress Cynthia Nixon, lost out to establishment incumbent Governor Andrew Cuomo who spent $US25m on his campaign. She gained over 500,000 or 35% of the vote. The total vote tripled the numbers who had voted in the 2014 primary. After the results came in, Nixon gave a rousing and inspiring concession speech at Cafe Omar in Brooklyn, warning not only Republicans, but Democrats, that the progressive Blue Wave is real: “Your victories tonight have shown the blue wave is real and that it is not only coming for Republicans, it is coming for Democrats who act like them,” she told the crowd.

Progressives had many successes in other New York state house and senate seats including Julia Salazar, a Democratic Socialist activist knocking off an establishment Democrat. A group of right-wing Democrats who had basically ratted on the Party by propping up Republican control of the State Senate and frustrating progressive legislation were decisively rejected.

Alexandria has been touring the country in support of other uncorrupted leftist candidates and two notable successes occurred in Michigan with Rashida Tlaib and Minnesota with Ilhan Omar. These candidates are almost certain to be elected. Another to succeed was Ayanna Pressley in Massachusetts.

Incumbent Congresswoman and strong Sanders supporter Tulsi Gabbard from Hawa'ii's 2nd District won her primary with 84% of the vote. She is an outspoken anti-war advocate and broke with the establishment Democrats in 2016 over Hillary Clinton's hawkish foreign policy approach. She had been subject to attacks and a challenge from warmongering Democrats.

There are a number of other strong leftists running in seats currently held by Republicans but with a very good chance of winning in what is starting to look like a rout for the Republicans. These include strong union activist Randy Bryce in Wisconsin's First District where he scared House Speaker Paul Ryan into retirement and out of the race; Kara Eastman in Nevada; Jess King in Pennsylvania; James Thompson in Kansas; and Ammar Campa-Najjar in California.

Amidst these successes there have been some losses. While disappointing, these are to be expected in what is, in reality, a very new movement, barely two years old. The significant thing is that they represent a serious shift in the political landscape of the US. The mainstream media in the US tries to downplay the fact that the policies of the left are proving very popular among the American people. They, along with the establishment Democrats, want to go back to the days where they rule unchallenged.

The Australian media, obsessed with Trump, ignores this new reality.