First Nations and the 2019 Federal Election

Aboriginal and Torres Strait Islander peoples – First Nations peoples - are the owners of this land from which recent immigrants gained great national wealth. The rights of Indigenous Peoples are now enshrined in international law through the United Nations Declaration on the Rights of Indigenous Peoples which Australia adopted in 2009. Their culture is the deep heart of Australia’s society and economy.

First Nations policy has witnessed a significant shift in direction since 1996. Aspirations of self-determination and community-controlled service delivery, driven by the protest movements of the 1960s-80s, were replaced with mainstream service provision, the removal of community governance structures and the return of highly paternalistic polices like the Basics Card and the Cashless Welfare Card.

The principle of self-determination underpins the development of a First Nations decision-making process and a First Nations economy which will provide broader benefits for all Australians, immediately through tourism and arts investment, but also in the long-term respect for human rights and culture.

The Howard and Abbott – Morrison Liberal and the Rudd - Gillard Labor Governments targeted and disempowered First Nations communities through the 2007 NT Emergency Response (the Intervention) and then the Stronger Futures policies. Negating self-determination is still the policy. 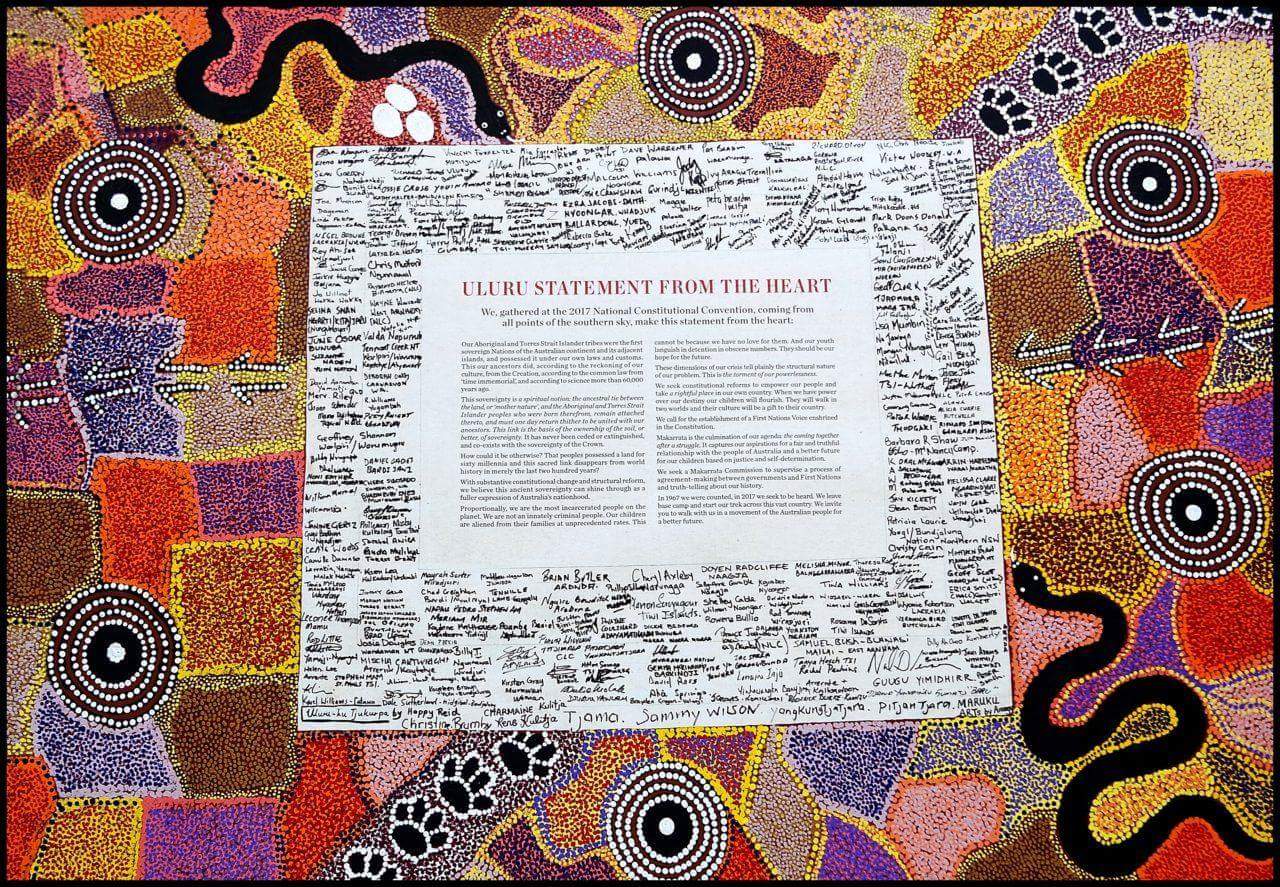 The Closing the Gap Strategy – a 25-year program launched in by the Rudd Labor government in 2008 – was effectively abandoned by the Abbott Coalition government five-years later. The national approach, national leadership, and funding agreements had unravelled by 2014-2015. It will fail to meet all of the seven targets unless there is a significant change.

Furthermore, the funding of First Nations-controlled services has been cut since the first Howard Budget in 1996. The impact has been heavy in health, housing and legal services, and to family violence prevention. Minor restitution of some funding by the Morrison government is too little too late.

The National Congress of Australia’s First Peoples’ funding of $15 million was terminated by Abbott, threatening the existence of the national representative body.

Since Christmas 2014, more than 150 remote communities in Western Australia have been threatened with closure, through the cutting of essential water and power services. By dispossessing these 10,000 people from their ancestral lands, Australia would be committing one of the largest contemporary land grabs from First Nations peoples globally.

Choices in the 2019 Federal election

The Morrison Coalition government record is one of high-handed rejection of the basic rights of Australia’s First Nations Peoples, instead relying on a 1950s combination of harsh paternalism and insistence on assimilation. The Turnbull government rejected the 2017 Statement from the Heart, continued the authoritarianism of the Intervention policies in the Northern Territory and Morrison has extended “trials” of the Basics Card and Cashless Welfare Card. It is truly back to the Mission days and rations. However, the Coalition supports more consultation on how a Voice to Parliament could work, and holding a constitutional referendum “once a model has been settled”.

Labor, strongly influenced by Senators Dodson and McCarthy and MHR Linda Burney, has decided to reject its association with the Intervention and Stronger Futures, and embrace the full rights of First Nations peoples set out in the UN Declaration, including the right to self-determination.

This means First Nations-controlled programs, a partnership to develop programs, replacement of the CDP with real jobs, real wages, proper health and safety and proper education and training.

Labor will hold a referendum to put the Voice to parliament into the Constitution, and fully implement the Statement from the Heart. It would restore funding to the National Congress of Australia’s First Peoples. It would work with First Nations to properly fund and drive an enhanced Closing the Gap Strategy. There will be significant effort to reduce numbers of First Nations people and children in prisons, detention and out-of-home care.

Significantly a Shorten Labor government would provide compensation to the Stolen Generations in the Northern Territory and the ACT. And Labor has a plan to deepen First nations involvement in the Labor Party itself.

The Australian Greens also want change to be led by First Nations Peoples. They strongly emphasise the Voice to Parliament and creating a pathway to treaties. They strongly support a renewed Closing the Gap strategy, and focus on reducing the number of First Nations people in jails, and children in out-of-home care. They promise a big boost to housing for overcrowded First Nations communities

This election is a moment when the entire First Nations agenda can move forward again after the decades of setback and frustration.

The Statement from the Heart called for a Constitutional Voice to Parliament, and a Makarrata Commission for treaty-telling and treaty-making. The Statement looked to a future when “we … take a rightful place in our own country. When we have power over our destiny our children will flourish. They will walk in two worlds and their culture will be a gift to their country”. This can be made to happen.

While this work is advancing, there has to be rapid progress in closing down the CDP system, and empowering the First Nations Workers Association to develop genuine jobs with full workers’ rights.

For First Nations peoples, the economy is a hybrid of the customary, the market and the state. Customary activities can generate direct economic benefit in food harvesting and in the production of art. They can also generate employment and public good through natural resource management and rangers’ jobs. These aspects should be part of the any First Nations Economic Model that is developed in a new era of liberation in Australia.

While Treaties are accepted around the world as a means of reaching a settlement between First Nations peoples and settler nation states, Australia remains the only former British colonial state that does not have a treaty with its original inhabitants. Recognition in the Constitution through a Voice to Parliament is an important first step. The bigger goal across Australia is to gain the respect of a Treaty between the Australian Government and the Sovereign First Nations.

This policy statement and the related policy papers are presented as part of the SEARCH Foundation’s work for a democratic, ecological, socialist Australia, based on increased public and social ownership, cooperative mechanisms and workers self-management, that enable people to have an effective voice in all decision-making. Please share them with your networks in the community and at work.