Cedric Ralph, a Melbourne lawyer, played a prominent role acting for the CPA, its officials and members, and for associated unions and community organisations throughout most of the Cold War years. He was at the forefront of the Victorian legal work against the Menzies government’s determination to outlaw the CPA and also acted for some of the witnesses who gave evidence at the (Petrov) Royal Commission in 1954–55, most notably Rupert Lockwood.

In his autobiography, Ralph recalled that in 1945 or ‘46 a meeting of CPA lawyers was attended by about 70 barristers and solicitors, but by 1953 it would have been hard to find even a dozen lawyers supportive of the Party.

Ralph’s parents were English immigrants successful enough as millers at Mooroopna to be able to relocate to leafy Kew in Melbourne’s inner eastern suburbs. Ralph’s father, Septimus Alway Ralph, was admitted to practise as an attorney, solicitor and proctor of the Supreme Court of Victoria (three of the four historic categories) in 1890.

Cedric Cuthbert Ralph was born on 19 April 1907 and educated at Melbourne Church of England Grammar School. He observed, somewhat cryptically, that in the 1920s he was “half-brought up” on The Saturday Evening Post and The Ladies Home Journal, Sinclair Lewis, H. L. Mencken, and Upton Sinclair. In 1925, he began working as a law clerk in his father’s firm. Its clientele consisted mostly of middle-class business people and their families. After finally completing the necessary university law subjects, he was admitted to the legal profession on May Day 1935. The family firm had laid off most of its staff in the Depression. One terrible irony was that the decline in routine conveyancing work was partly offset by work involved in evicting defaulting borrowers from their homes.

In July 1936, Ralph married Rhea Sylvia Yuncken (whose prominent family lived in nearby Auburn) in the Grammar School Chapel, by which time he was, he said, a “devout” atheist. His staunch Presbyterian class-conscious mother looked down on the lower order toilers who lived in the single-fronted cottages off Glenferrie Road, but would not tolerate her children belittling those who were less fortunate. She rarely gave money to those who knocked on the Ralph door seeking assistance, but would always give them food or clothing.

Ralph had engaged in “copious reading” in the 1930s which had brought him around to a Marxist interpretation of history – “… in the last resort, it is the wealthy, those with power, who cause wars and it is the poor who fight them”. In 1940, prompted by the enormity of what had occurred in Marshall Mannerheim’s Finland and the banning of the CPA by the Menzies Government in June, he decided to “join forces with that body which I thought most nearly in agreement with my conclusions – the CPA”. In 1941, he met Ted Laurie and Ted Hill. After serving in the RAAF (1942–1944), when he made no secret of his political views, he began to gain public attention. He contributed letters to the editors of The Argus and The Age in 1944 and ‘45. 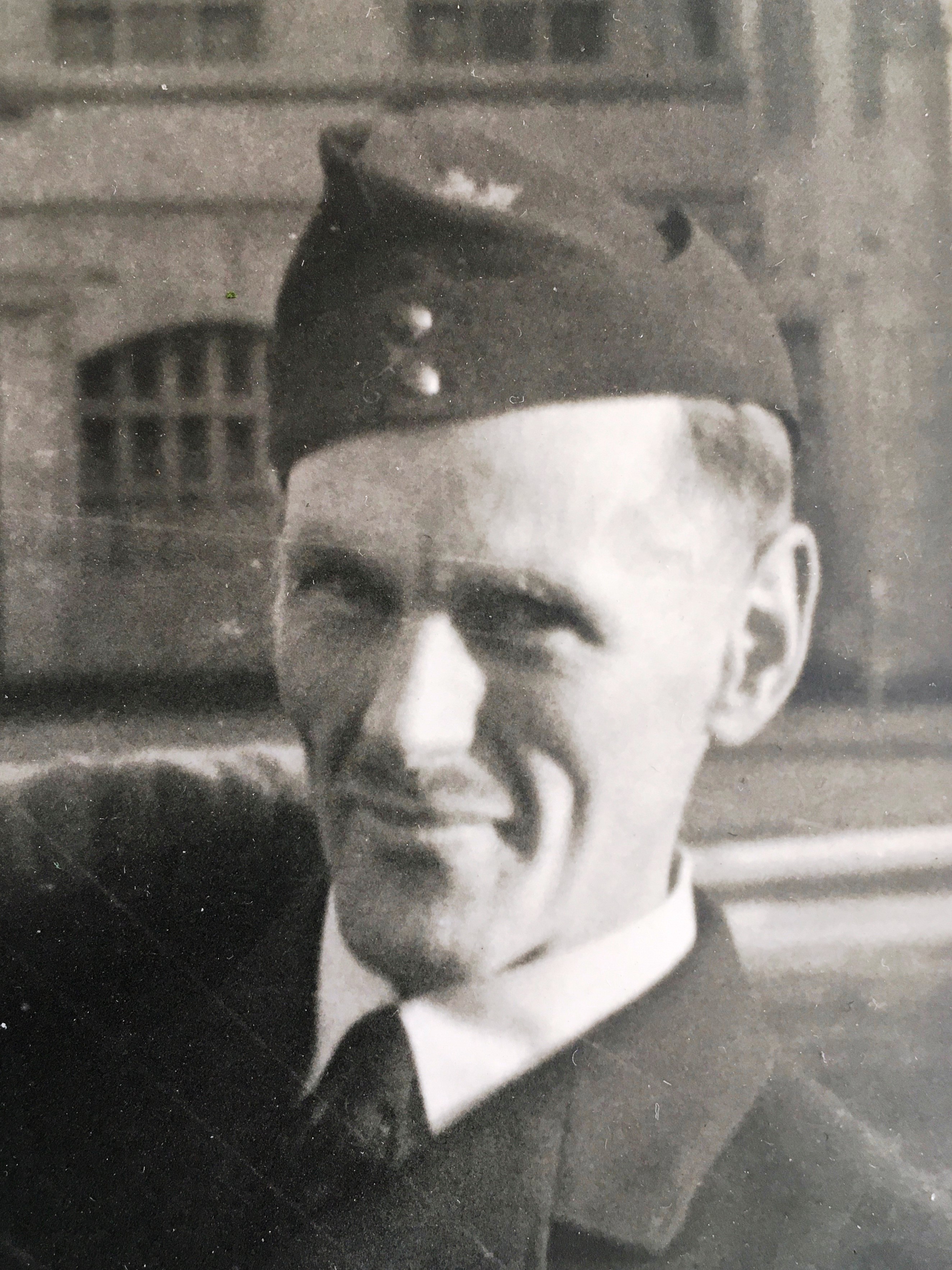 The Chifley government’s post-war reconstruction policies clashed starkly with the CPA’s alternative. The ensuing widespread industrial and political conflict coincided with the worsening geo-political situation in Europe and elsewhere, the Cold War, and the determination of the CPA’s enemies to extirpate it. In April 1948, opposition leader, Robert Gordon Menzies KC, told the Federal Parliament that communism was “an alien and destructive pest”.

Ralph had resumed working as a solicitor – under his own name. He “had a constant flow of work from comrades who, for example, came into collision with the police for holding meetings in public places, distributing leaflets illegally, causing traffic obstructions and much else arising out of left political activity which I did for free”.

By 1949, he had a well-established legal practice with steady work. “I had gained sufficient experience to know I could manage virtually any problem that came through the door.” At a time when any kind of ‘touting’ for legal work was unthinkable (and unethical), he adhered to the adage that any publicity was good publicity. “If my name happened to appear in the daily paper in connection with anything political, commonly it brought into my waiting room a host of new clients” which – it may be inferred – included clients who could pay. By 1950, if not sooner, Ralph’s name, frequently with a photograph, had appeared in every newspaper in the land as the CPA’s solicitor.

At the same time, the CPA took the view that vigorous offence was the best defence. This seems to have been largely a function of the close working relationship which Ralph formed with the indomitable, inflexible and shrewd Ted Hill who was Victorian state secretary from 1949. In the Royal Commission into the CPA in Victoria (1949–1950), Hill had a leading role as counsel for an organisation of which he was a motive force, and a small highly unusual role as a witness. 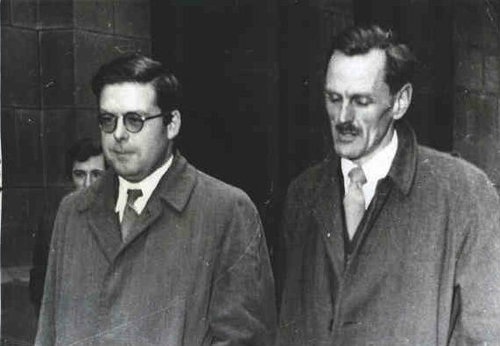 Ralph recalled that, during the Sydney hearings of the Royal Commission on Espionage (1954–1955), which followed the defection of the Russian diplomat Vladimir Petrov and his wife Evdokia, he and Ted Hill had a chance encounter with one of the three Royal Commissioners, Mr Justice Philp, who congratulated Hill on his forensic ability saying encouragingly that he could make £20,000 a year. Hill’s response was, “Keep your advice for others.”

Many lawyers, not just those acting for the CPA (which included an equal number who were not CPA members), were constantly busy and the work was very demanding. For CPA members who were practising lawyers in the first five decades of the Party’s existence, life in and out of the legal profession required plenty of fortitude. At best, they were likely to be shunned or viewed with suspicion by many of their colleagues. Some judges, including the former senior World War II commander, Victorian Chief Justice Sir Edmund Herring, engaged in overt and covert anti-CPA politicking, and Ralph came within his sights.

In 1948–1949, Gilbert Burns (in Brisbane) and Lance Sharkey (in Sydney) were convicted of sedition and, after unsuccessful High Court appeals, served terms of imprisonment. Kevin Healy, who was also tried on a sedition charge in Perth, acted for himself (with informal assistance from young Lloyd Davies who would soon qualify for admission to practise), and was acquitted.

Ralph had a role in several of the major cases and controversies between 1945 and ‘55: including prosecutions of union officials for unlawful public transport strikes (1948); claims for damages for defamation by CPA members arising from the newspaper revelations of the Party turncoat, Cecil Herbert Sharpley (1949); and resisting the Chifley government’s use of the National Emergency (Coal Strike) Act 1949 to freeze large sums of CPA money in Ralph’s control.

Harold Rich was formally on the High Court of Australia record as the CPA’s solicitor in the Communist Party Dissolution Act case (1950–1951), but Ralph was present in court, instructing Fred Paterson, Ted Laurie, E. F. Hill and Max Julius for 20 of the 25 days when the hearing took place in Melbourne. By Ralph’s account, he and Hill “were always in complete agreement”. His long festering disenchantment with the CPA Central Committee was manifested in the schism of the early 1960s when he followed Hill into the CPA (Marxist-Leninist).

In the early post-war years, Ralph was a motive force in the British Migrants’ Welfare Association in its campaign to protect the rights of occupants of Commonwealth government migrant hostels. Near the end of his career, he acted as instructing solicitor for Dr Rodney Bretherton and Dr John Levin who had central roles in the (Kaye) Board of Inquiry into corruption allegations concerning the Victoria Police in connection with illegal abortions (1970–1971).

In his autobiography Ralph charts the failure of his marriage to Rhea. In 1970, he married Clare Furey. From his boyhood, Ralph was active in the Field Naturalist Club of Victoria and, when he retired to live at Balook in Gippsland, he became a passionate environmentalist.

The conservative South Australian newspaper The Chronicle sneered at Ralph’s boastful remark following the decision in the Communist Party Dissolution Act case that it “was a triumph for the forces of democracy in Australia”. Many Australians familiar with the case would agree with the late great Australian constitutional scholar, George Winterton, that it was “probably the most important ever rendered by the High Court”.