The early parliamentary elections in Timor-Leste, held on May 12, 2018, produced a parliament very much like the one which was dissolved in January. At the instigation of Xanana Gusmão, three parties had decided to withdraw their support for the new FRETLIN-led government before it could even start, thus triggering the election.

The three parties entered the May elections as a single alliance, virtually assuring themselves of getting the highest vote and thus the first chance to form a government. These parties were the National Congress for Timorese Reconstruction, the Peoples Liberation Party, and Khunto. They formed the Alliance of Change for Progress (AMP). 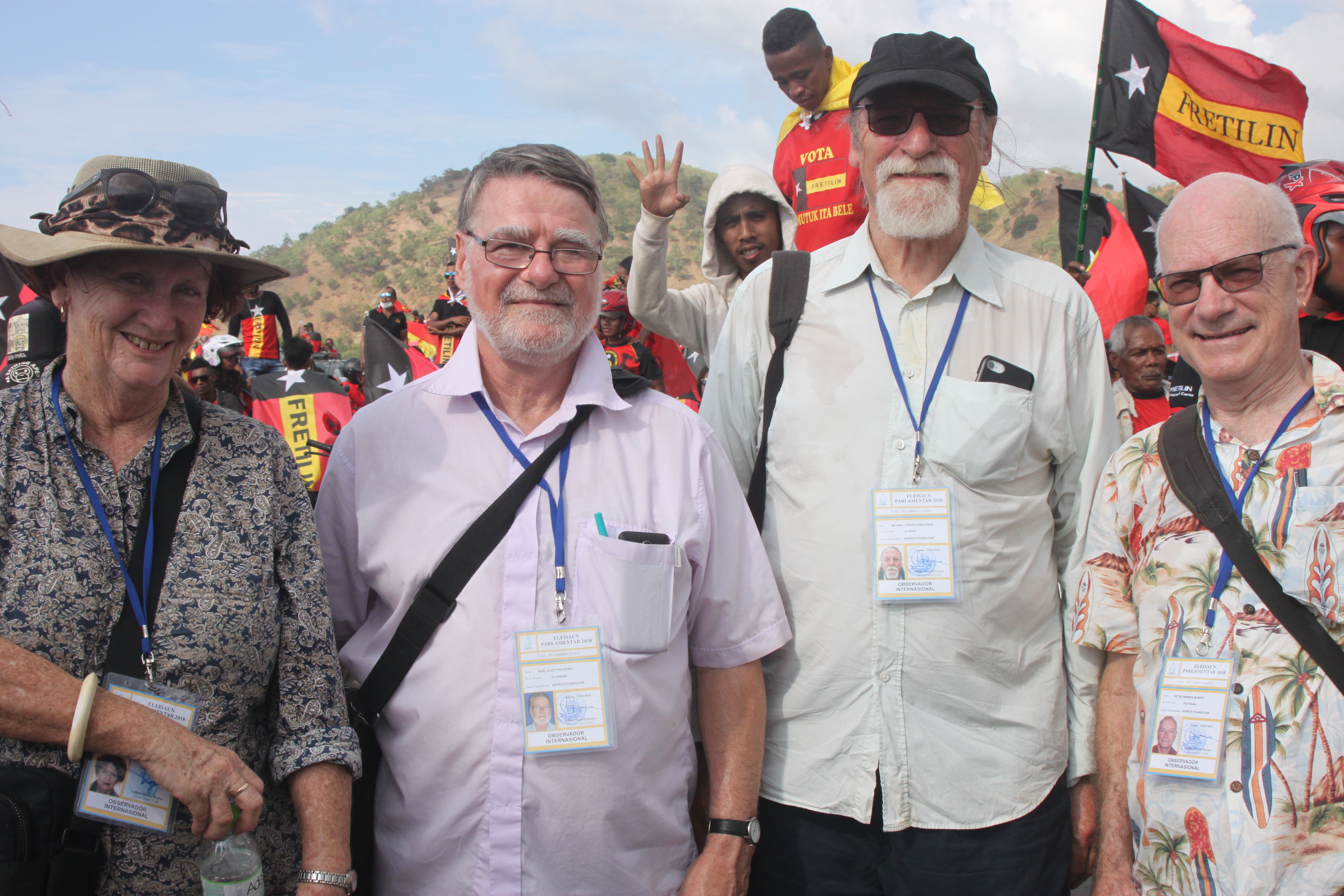 But Presidnet Lu’Olo refused to swear in nine individuals nominated by Ruak, because the judiciary had confirmed that they were either guilty of or on trial for criminal offences with a sentence of more than two years. In solidarity with these nine, Xanana Gusmão, who was nominated as Minister Advising the Prime Minister, refused to attend the swearing in up until the time of writing. CNRT has 22 seats in the new parliament. The parliament had convened on June 13, 2018, and elected the sole candidate for President of the Parliament, Arão Noe De Jesus of CNRT.

The only other grouping to win seats was the Democratic Development Front (FDD), with 5.5 per cent of the vote, compared to 6.4 per cent last year. FDD has three seats in the new parliament. It is an alliance of the United Party for Development and Democracy (PUDD), the Timorese Democratic Union (UDT), and Frenti-Mudança, a former FRETILIN breakaway faction.

The election campaign period was notable for a very friendly attitude at the grassroots, but fractious language from the two prominent leaders of the AMP, Xanana Gusmão and Taur Matan Ruak. Election day itself was without reported incidents and was smoothly managed by the electoral authorities. Xanana used Muslim-baiting against Mari Alkatiri, and was criticised for this, but there were also scarier threats to unleash militia violence if AMP did not win.

According to a Lusa report, a prominent LGBT member of PLP, Bella Galhos, was consulted about two possible ministries, but then dropped because of her sexual orientation and because she is a woman. She had urged LGBT people to vote PLP, but now says, “I feel discriminated against”.

The third and smallest component of AMP is the youth party Khunto, associated with some martial arts groups. After the July 2017 election, Khunto demanded eight ministries, including Finance and Social Solidarity, in return for support of a FRETILIN government. This grandiose demand was rebuffed by FRETILIN.

All of this reversed the February 2015 decision by Xanana to step away from the Prime Ministership and to include FRETILIN figures in the government.

The Timor-Leste economy has been in paralysis while there has been no effective government since last July. People really want this to change.

But since AMP has won, the country is set to return to the directionless big-spending of the previous CNRT governments, and the associated enrichment of Xanana’s relatives, selected veterans and Indonesian companies. It is possible that Xanana and Taur will not be able to work together, and that Khunto will not be a workable partner in government. Some kind of realignment around a better economic program may be possible after one or two years.

The new Treaty between Australia and Timor-Leste to establish their seabed border is yet to be ratified by either state. This would be an early task for the new AMP government. But soon after the Treaty was signed in New York, Xanana leaked a letter he had sent to the Australian government to object to the Greater Sunrise aspect of the Treaty.

Greater Sunrise will be a new ‘joint development zone’, with the shares being either 70-30 or 80-20 in favour of Timor-Leste, depending on where the gas lands for processing.

Xanana is determined to land the gas on the south coast of Timor-Leste. Given his inability to negotiate an international agreement in the past, it is highly likely that Greater Sunrise will continue to be an unresolved project in the coming years.