Time running out for Morrison but Left must campaign hard

Labor remains on track to win the Federal election in May and nothing that either Frydenberg or Morrison, nor indeed Shorten or Bowen, said in Budget week has changed that trajectory. The Liberals needed a Budget boost, an arresting and compelling story from the Budget, and they failed to produce one.

The disappointment and disaffection with the Coalition reflected in the polling since the last election continues. Sunday night’s polling has the ALP in front 53/47 (Ipsos) and 52/48 (Newspoll). More ominously for the conservatives, the bookies have the ALP at $1.15 and the Liberals out to $7.20. An extra week of taxpayer-paid government advertising won't save them. With Morrison playing for time, 18 May now firms as the likely election date. 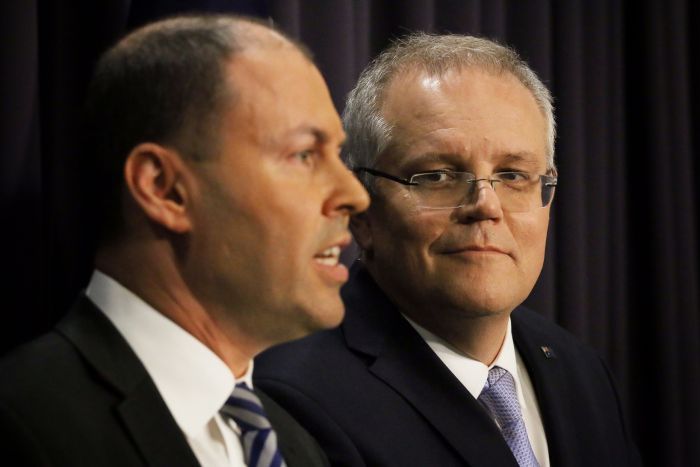 That’s not to say their efforts were totally ineffective. Frydenberg gave a measured performance, reinforcing the perceived key strengths of the Liberal approach - no new taxes, no tax rises, and of course, trumpeting the predicted return to fiscal surplus in 2019/20. This may be enough to prop up the Liberal primary vote, and hold onto to some of the safer seats. It does little, however, to dispel the miasma of disunity and dysfunction that surrounds the Liberals.

With a lead on the board, Shorten could have chosen to play it safe. He has recently been displaying a tendency to be risk-averse, such as when he said school students were better protesting outside school hours. Thankfully, his Budget in reply speech showed enough fight and listed enough progressive policy to give some hope to impatient radicals.

In his opening, Shorten reiterated commitments to fund schools and Medicare. He slammed the government on their underspend on the NDIS. While supporting middle income tax cuts, he quite rightly rejected the ‘right wing, flat tax’ proposal that would have cleaners on $45k and surgeons on $200k paying the same rate. He highlighted the failure to get wages growth going, noting that wages have risen 5% and profits 40% under the past five years of the Liberals.  He committed Labor to action on climate change, a referendum for a First Nations voice to Parliament and finished with a pitch for a positive vision for the nation. It was one of his better speeches, delivered with calm conviction.

Choosing to make the funding of cancer treatments a spending centrepiece was, prima facie, an excellent and overdue extension of the Medicare umbrella. None but the most ghoulish neolibertarian could oppose such fundamental social support for the sick. To the psephologist and pundit, however, it could be seen as a safe option. No voters oppose it, it doesn’t cost much, really, and it doesn’t take on any vested interests. It’s hardly the Great Society in ambition or breadth.

But Shorten and the FPLP deserve credit for continuing to back in their commitments to reforming negative gearing and CGT, as well as ending the franking credits rort.

However, for what is quite a good social democratic program, Shorten’s language on wages and workers' rights was a red flag, and not the good kind. He spoke of ‘moderate but meaningful’ wage increases. He said no full time worker should live in poverty - a moot point when millions of people are now working two or three jobs, or piecing together contracts, to make a living.

Shorten’s brief list of what he would do to get wages going again was, frankly, unconvincing. A legislated path to a living wage; restoring penalty rates; an end to sham contracting; and action on equal pay for women. These are all good initiatives, but when you’re talking a macroeconomic issue of this scale, they alone won’t cut it. The camera panned to Shadow IR Minister Brendan O’Connor as he spoke, but whether ‘BOC’ will be the final decision maker on Labor’s next set of workplace legislation is doubtful. The right-wing cabal of Bowen, Burke, Clare and Chalmers have positioned themselves as Labor’s arbiters of what is economically possible. You could hear their preferred phraseology when Shorten spoke of ‘capacity to pay’ and ‘consultation’ with business. Our comrade Sally McManus, the rest of the labour movement, and us, we, have a fight on our hands. (See my email regarding the ACTU’s mobilisations this week).

And the fight over workers' rights is just the beginning. The policy frame for a Shorten Labor government is still within the bounds of extractive, financialised capitalism. Unlike UK Labour or the burgeoning Sanders campaign, or even Jacinda Ardern noting capitalism’s ‘blatant failure’, there is no critique of the system as a whole in Shorten’s program.

While Shorten does seem to be pushing a relatively progressive and social democratic vision for this nation, there is no path to the elimination of poverty or wage slavery, or a genuinely restorative reconciliation that ‘pays the rent’. The entire Australian economic system depends too much on these forms of exploitation. The Federal Government’s taxing and spending regime under Labor will mean the broad working and middle class will be slightly better off financially, and that is worth fighting for. But a deeper transformation that deals with the twin evils of global entropy - climate collapse and economic inequality - is not on their agenda. Only a broad, mass movement will force political parties to adopt and implement such a program. Let’s make it happen!