The imperative of combating harassment and misogyny

“What needs to happen for you to recognise the inequality, bias and dangers that women face?”

The very fact the above question needed to be asked of Scott Morrison in March 2022 indicates the calamity of the Coalition’s approach to the treatment of women, especially since 2019 during Morrison’s term as Prime Minister. Misogyny and lack of respect have been almost normal.

Sexual harassment in the workplace

Harassment, discrimination, misogyny, and lack of respect are systematic issues in Australia: in our families, in our workplaces, in our parliaments. The publicity surrounding the alleged rape of Brittany Higgins led to Set the Standard, an Independent Review into Commonwealth Parliamentary Workplaces undertaken by the Australian Human Rights Commission, released in November 2021. This report is clear about the very high incidence of harassment:

Over half (51%) of all people currently in Commonwealth Parliamentary Workplaces (CPW) have experienced at least one incident of bullying, sexual harassment or actual or attempted sexual assault in a CPW.

In 2016, Sex Discrimination Commissioner Kate Jenkins began to conduct a National Inquiry into Sexual Harassment in Australian Workplaces, which reported in 2020. The report, [email protected], cites the AHRC 2018 survey: “One in three people experienced sexual harassment at work in the past five years”. Furthermore, the harassment is “gendered and intersectional”: almost two in five women (39%) and 53% of Indigenous people have experienced sexual harassment. The Commissioner writes:

Workplace sexual harassment is prevalent and pervasive: it occurs in every industry, in every location and at every level, in Australian workplaces. Australians, across the country, are suffering the financial, social, emotional, physical and psychological harm associated with sexual harassment. This is particularly so for women.

According to [email protected], “the current legal and regulatory system is simply no longer fit for purpose”. The report makes fifty-five recommendations for a new regulatory model, which recognises that the right of workers to be free from sexual harassment is a human right, a workplace right and a safety right.

This principle should be the basis for urgent and comprehensive action to ensure everyone has a safe workplace where they are treated with respect. Instead, the Coalition has been, at best, half-hearted. Initially it claimed to have agreed to (in full, in-principle, or in-part) or noted all fifty-five recommendations in the [email protected] Report.  But when amendments were proposed to Parliament that would enact these recommendations, the Government failed to put responsibility onto employers. The burden of addressing workplace harassment and violence still falls on the shoulders of individual women.

A lack of safety and respect for women, First Nations people, and others subordinated by class and identity, are systematic social and cultural issues, and a consequence of wider inequality. In turn, these issues reinforce and intensify material, social, and political inequality. This has been particularly salient through the COVID pandemic, during which, for example, lockdowns and stay-at-home orders forced many women to stay at home and, for some, to work from home, which exposed women to additional harm if they were locked down with their abusers and increased the risk of domestic violence. COVID also increased wage inequality, as women are much more likely than men to be in precarious and casualised work, thus a higher proportion of women did not qualify for JobKeeper. Women were also more likely to carry the brunt of responsibility for care work, lack of childcare, and COVID-induced home learning.

“Every woman in Australia deserves access to a safe place to work, a safe place to live, fair and equal pay, quality free early learning and care, and a justice system that works for survivors.” 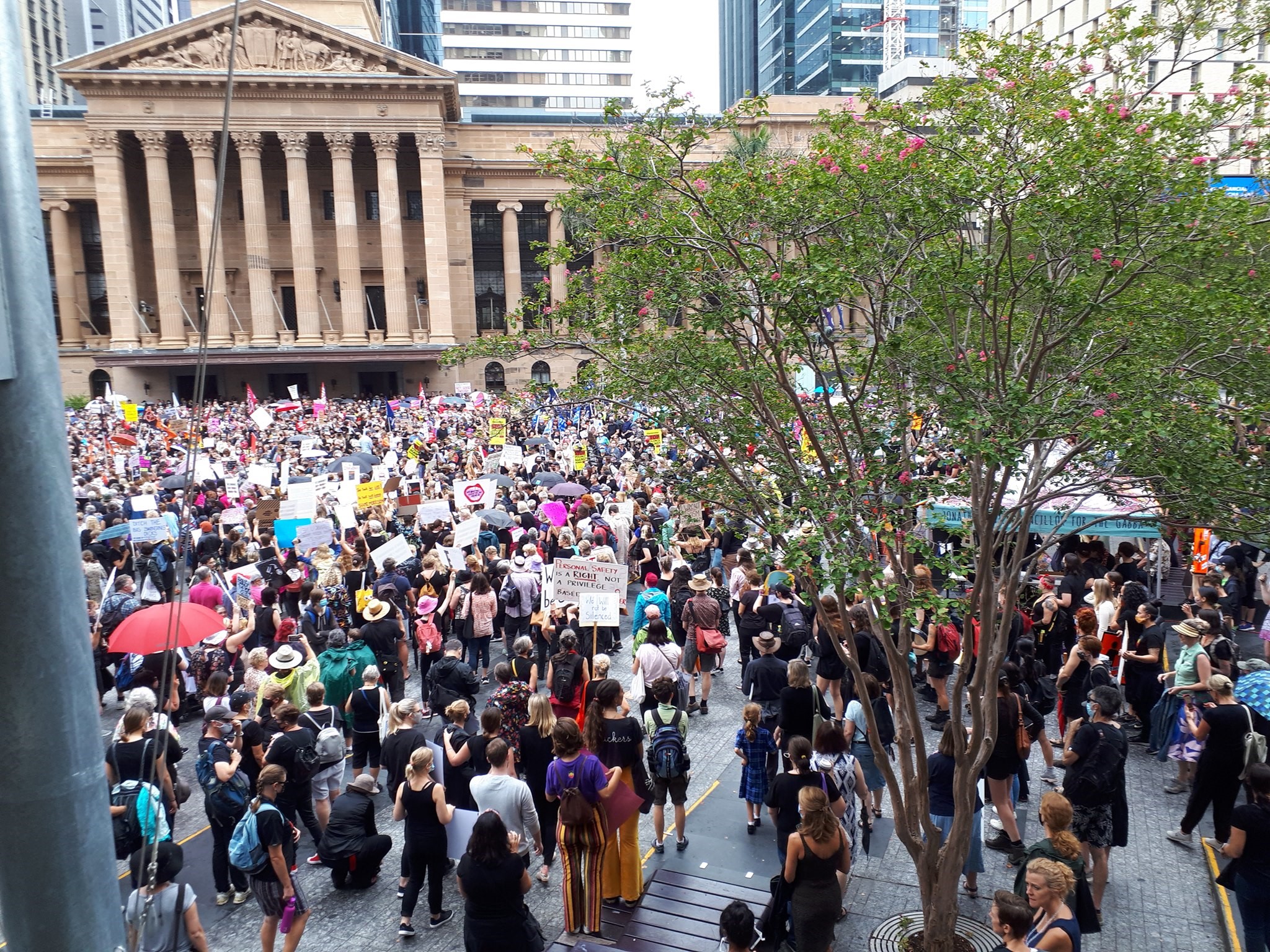 In March 2022, a group of prominent Australian women launched the Safety, Respect, Equity campaign. The campaign’s demands are as follows:

As part of its election policy, the Labor Party have committed to enacting all 55 recommendations of the [email protected] report, and consulting widely to “finalise and implement stronger laws as a matter of priority”. While we have a long way to go when it comes to combating systemic sexism, misogyny, and harassment of women in Australian society, a change in federal government would be a step in the right direction.