Stephen Murray-Smith was an improbable communist. Born to a wealthy family and an ex-Geelong Grammar boy, he joined the CPA in 1945. Subsequently he worked in Czechoslovakia, and on returning to Melbourne, worked as a peace activist, and founded and edited the literary magazine Overland. He was also an academic and author.

A biography appeared many years ago of the revolutionary, Peter Kropotkin, entitled The Anarchist Prince. Well, Stephen Murray-Smith wasn't quite that, but he was described as ‘the lordly Stalinist'. That's a bit unfair, because a Stalinist he decidedly wasn't – but the lordliness was there all right.

Stephen was born – with a silver spoon in his mouth – on 7 September 1922 in the prestigious Melbourne suburb of Toorak, the family owing its wealth to supplying Australian horses to the British army in India. Sent as a boarder to Geelong Grammar, Stephen hated it at first. But then he began to respond to the influence of its Fabian headmaster, J. R. Darling, who said that the school would not be doing its job properly until some of its alumni were sitting in parliament as Labor members.

It was the Army that changed Stephen. For most of the time he fought in New Guinea, as a member of a commando unit, and for the first time was brought face to face with ordinary Australians. He found he liked their authenticity, something he was aware of lacking in his own life. Always good with his hands, he found a ready rapport with tradesmen. (Many were surprised when a contingent of lighthouse-keepers and fishermen turned up at his funeral).

Returning to civilian life, and to the University of Melbourne (where he had had an unsatisfactory pre-war year) Stephen – who had been politically latent – moved in one year from being a Liberal, to becoming a Labor Party member, and then a communist. The dominant political club on campus at the time was the Labor Club. With a Labor government in Canberra – and with Churchill being thrown out of office by Labour’s victory at the British polls – this was a heady time for the Left. Given the recent war and the major role played by the Soviet Union in achieving victory, communism was also brought nearer to the mainstream: it was possible for the new Soviet Friendship League building to be opened by Melbourne's Lord Mayor.

Communists were at the core of the Labor Club, but it consciously operated as a united front. (Catholics were welcome, so long as their religion did not get in the way of their socialism.) Stephen's place, ‘the Loft', located not far from the university gates, became the hub of the CPA’s University Branch. ASIO believed (wrongly) that there was a map of Moscow on the wall, but a cavity did hide a list of Party members.

While a committed and active Party member, Stephen was also discovering his intellectual individuality. One way was by attending – with Ian Turner, also an ex-serviceman – the first classes given in Australian history by Manning Clark. The other was his response to Henry Handel Richardson’s The Fortunes of Richard Mahony, the tears rolling down his cheeks. Through literature, he instinctively felt, white Australians might be earthed in this land.

A deep friendship was forged with Turner: they had long discussions into the night about the future of Australia, and the Party. Stephen was already exhibiting a great intellectual breadth, a need to see how things fitted in to the great world. He also had drive and a keenness to organise others; Turner was more lackadaisical. But he was more political by instinct, more practical in his Marxism, and so was a stiffener to Stephen's latitudinarianism. The foundations were being laid for a close alliance. 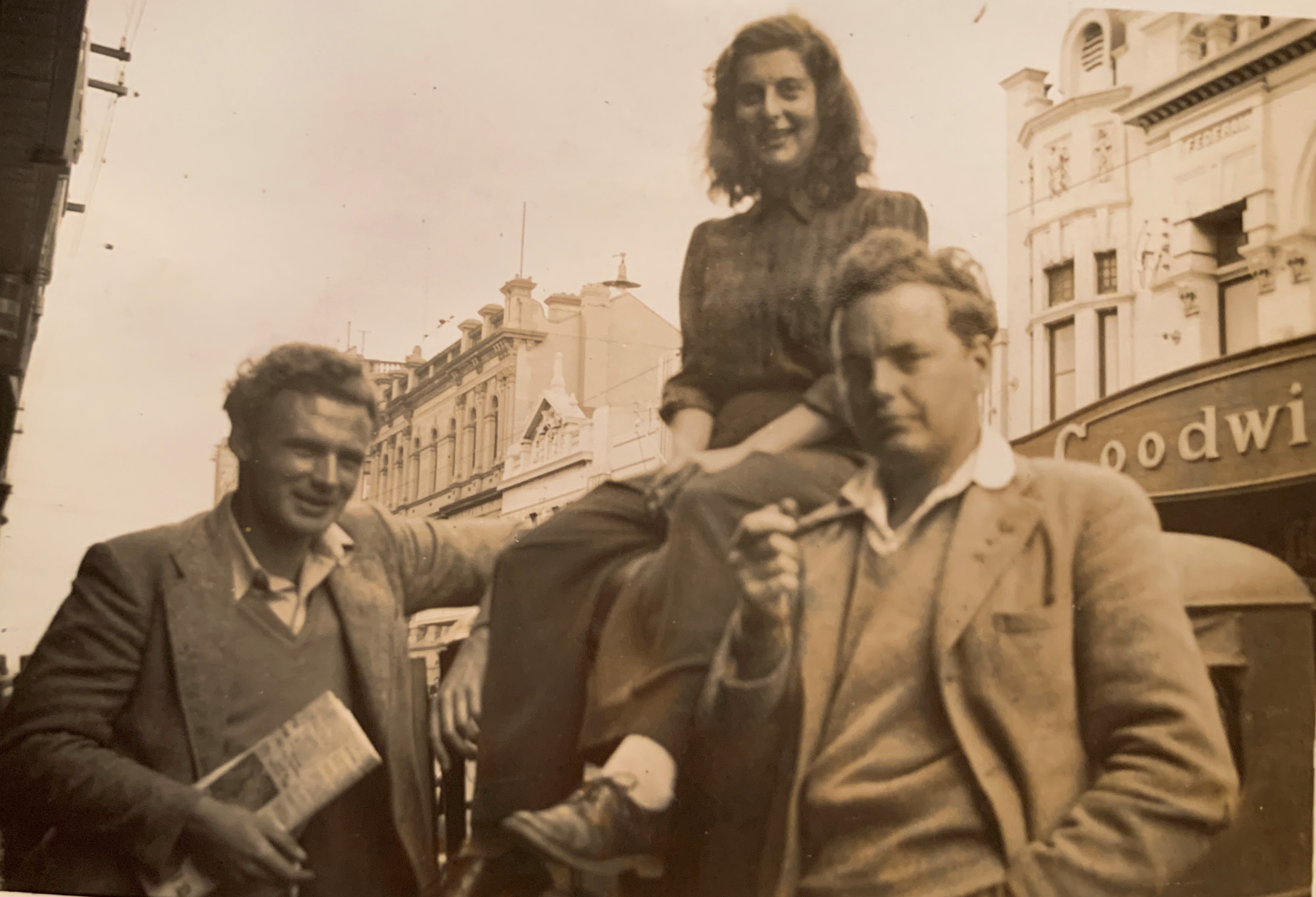 Shortly after graduation Stephen married Nita Bluthal. Theirs would be a highly successful, long-lasting partnership: Nita, a brilliant teacher, shared Stephen’s interests (including being a Party member). She was always supportive, but never automatically. Theirs was a marriage marked by contestation and resolution – and all the better for it.

Not long after graduation they set off for England, where both taught, and then for Czechoslovakia. There a political experiment was ending: the communists had just brought down the united front government, bringing the country fully into the Soviet orbit. In Prague Stephen found a job with Telepress, the eastern bloc equivalent of Reuters. But increasingly he became restive, and the Murray-Smiths decided to return to Australia. After his last interview with his Czech superior, she was heard to remark, “I wonder if I shouldn’t have had him arrested, after all?” 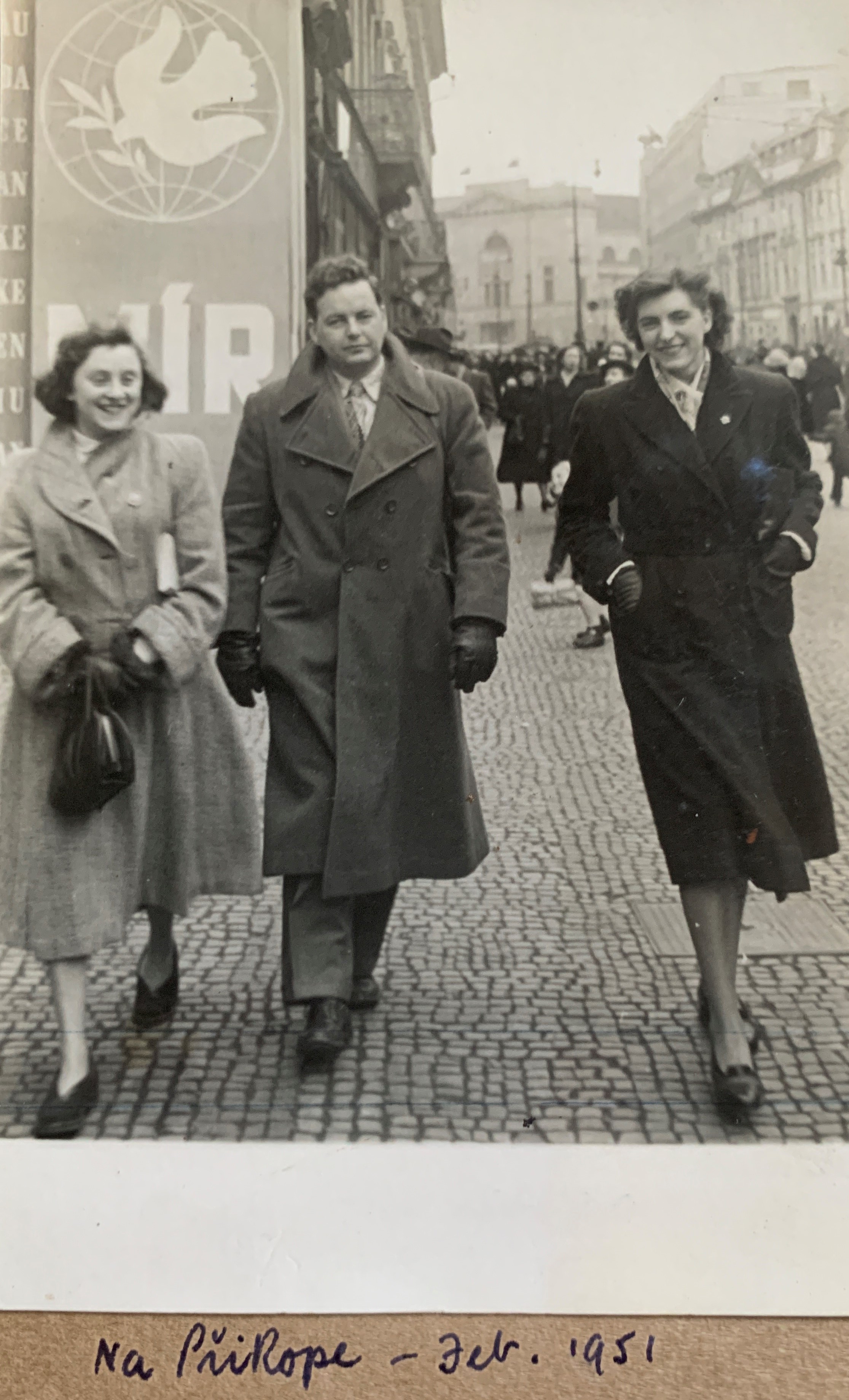 Back in Melbourne, Stephen became a Party activist, and from 1952 to 1958 was organising secretary of the Australian Peace Council. Despite his patrician manner and increasing bulk, he was an effective speaker – so much so that the workers building the Swan Street Bridge invited him back to address them three times. On another occasion, a pair of union activists visited the Murray-Smiths at home; as they drove away, one was a little uncomfortable about the bourgeois trappings – the bookshelves, the art, the classical music. But the other assured him that at heart, Stephen was a real proletarian.

For some time, Stephen had entertained the idea of editing a literary magazine. In 1952 the Realist Writers Group began to put out The Realist Writer – cyclostyled, typewritten sheets held together by staples. By the third issue Stephen was running it. The aim was to encourage working-class writing, in the socialist realist mould: a party ideologue was on hand to make sure the writing followed approved templates. Many writers, even those as individualistic as David Martin, were prepared to submit, since they wanted to advance the revolution. But Stephen became increasingly uncomfortable with such constriction, and in 1954 – as they advanced to produce a new, fuller magazine – he went out and registered the new name. Overland would be his.

The first issue contained such well-known, non-Marxist names as A. D. Hope and Nettie Palmer. Stephen became increasingly determined to make the magazine a voice of the pluralist left. He was still a Party functionary and, even after Hungary, was sent on a world tour. The news he brought back of the Khrushchev speech, and of the real conditions in the Soviet Union, disturbed him and unsettled others, but the Victorian Party leadership under Ted Hill disallowed discussion and continued unperturbed. Then Ian Turner protested about the execution of the Hungarian leader Imre Nagy in June 1958, and was expelled from the Party. Stephen followed immediately with his own resignation. A battle with the Realist Writers Group for the control of Overland followed, but Murray-Smith had considerable support – and had spirited away the subscription list. Years later Stephen wondered how, after boarding school and the army, he had once again “set myself on a path towards becoming a rebellious subordinate within a rigid and demented authoritarian system”.

His own credo was “Temper democratic, bias Australian”, as proclaimed on the Overland masthead. Both were true – the second markedly so. There were occasional snippets from Eastern Europe, and travel letters, but Stephen’s main concern was the development and articulation of an authentic Australian culture. He hoped to draw together both ‘high’ and ‘folk’ Australian culture, rather in the style of the old Bulletin. “The work for an Australian culture is not an intellectual task in the narrow sense,” he wrote. “‘Commonwealth’ is a proud title for our nation, but we have yet to earn the honour. In earning it those who care for culture, in the broadest sense of that term, have a vital role to play.”

Overland developed into one of the country's leading literary magazines, a more vernacular, quirky and accessible counterpart to the august Meanjin. Stephen's column ‘Swag’ was its heartbeat: there he told of forthcoming events, competitions, and constantly pressed for government assistance in developing cultural infrastructure. (We could do with him now.) The magazine remained notably engaged with Papua-New Guinea and Aboriginal issues. But the old fear of some readers and writers, that Overland would drift away from working-class writers and readers, in a large measure came to pass – although it must also be said that, along with the rest of society, workers turned to books and papers less and less.

Overland was produced on a shoe-string, and for a long time its appearance was erratic. But it was also the case that it was only one of Stephen's activities. He was perhaps the greatest historian of Australian technical education, and towards the end of his life basically became a writer – including letters to the paper, championing various causes. He compiled a Dictionary of Australian Quotations, a book on Australian English, and a wonderfully insightful book on Antarctica, which he visited. Stephen's great project was to have been a book on islands – for which purpose he even visited Tristan da Cunha. Closer to home, each year he led a large party to Erith Island in Bass Strait – not communism, but two or three months’ communalism.

Stephen Murray-Smith died on 31 September 1988 and was buried on Erith.

In 2021, Jim Davidson is publishing a book with Melbourne University Press, Emperors in Lilliput: Clem Christensen of Meanjin and Stephen Murray-Smith of Overland. He is an award-winning biographer and a former editor of Meanjin.