Cynthia Nixon, the actor known best for her role as Miranda in the television series Sex and the City, has emerged as a progressive champion, taking on the dominant corporate establishment wing of the US Democrats in the heartland of capitalism, New York.

Cynthia Nixon is running a spirited campaign against incumbent New York State Democrat Governor, Andrew Cuomo, who epitomises the worst of the corrupt pro-corporate wing of the Democratic Party, the wing that lost the Presidency to game show host Donald Trump in 2016.

The Democratic Party establishment is so panicked by Cynthia Nixon's campaign that they have rushed their big names in to support Cuomo. In the case of Democratic Party Chair, Tom Perez, this involved blatantly breaking the Party's own neutrality rules and his own previous promises in order to do so.

Progressives, especially the many women who supported Bernie Sanders in 2016 remember being chastised by Hillary Clinton's campaign for being sexist “Bernie Bros” for not supporting Hillary on the sole grounds that she was a woman. “There’s a special place in hell for women who don’t help each other!” chided former Secretary of State, Madeleine Albright at a Hillary Rally.

Several weeks ago Hillary decided to risk that special place in hell by not following her friend's advice by being quick out of the blocks to support her corporatist mate Cuomo with his $30 million war-chest, most of it from big corporations, against Cynthia Nixon. The election takes place on September 13.

In this campaign, Cynthia Nixon is relying on small donations and refusing corporate money. She is backed by Our Revolution, the organisation founded by Bernie Sanders after his 2016 campaign. She is highly critical of the neo-liberal and pro-corporate policies that Andrew Cuomo has pursued for the eight years he has been in office. Her campaign slogan echoes that of Jeremy Corbyn – “a New York for the many, not just the few”.

She pulls no punches in her campaign statements;

These are choices usually made by Republicans. But for the past eight years, they’re all choices that have been made by our governor, Andrew Cuomo. 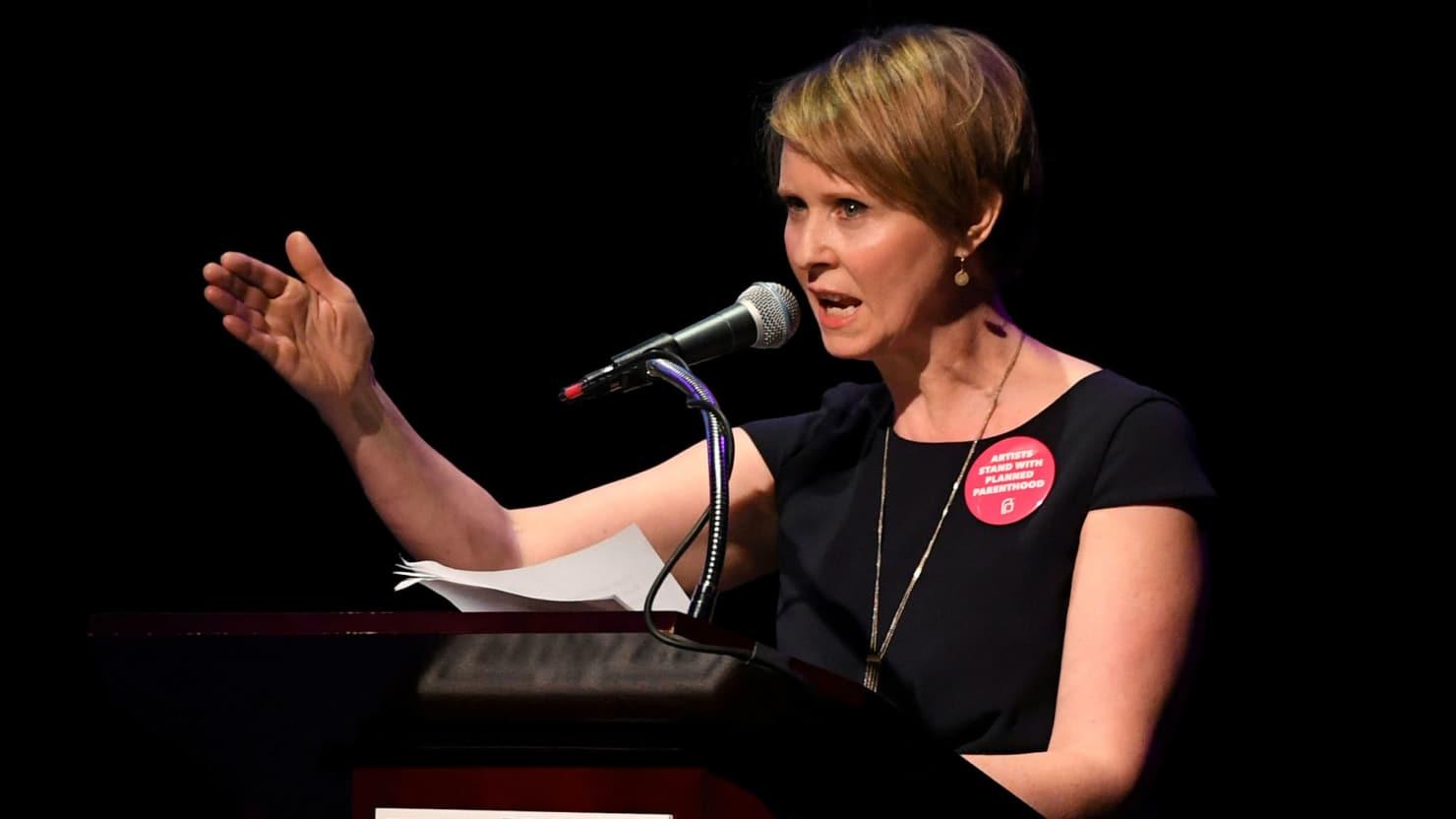 Cynthia Nixon speaking to supporters about her campaign

The corporate Democrats hate being called out like this and have come out in force, throwing the weight of the Party machine in a manipulative way behind Cuomo. Primaries in New York State are designed to suppress the vote, so Nixon will have an uphill battle.

Nonetheless, she has good name recognition in New York and better-than-usual media attention for a progressive. She has a solid record in fighting for public education and LGBT rights. To read more on Cynthia Nixon's campaign, go to www.cynthiafornewyork.com/

The New York battle is probably the most high profile of those taking place within the Democratic Party between progressives and the politically bankrupt but financially wealthy corporate Democrats with their unchanged message from 2016. They have learnt nothing from that defeat.

Progressives have had some successes in other contests. Stacey Abrams, a black woman, running a strong, progressive campaign, won the Democrat primary for Governor of Georgia by 3 to 1 over a more conservative opponent. Paulette Jordan, another strong progressive and the first native American woman selected, will be running for Governor of Idaho.

Progressives have had mixed results in primaries for House of Representatives seats with the corporate wing of the Party weighing in heavily to try to defeat them.

Meanwhile Bernie Sanders is continuing to barnstorm the country campaigning on real issues affecting ordinary people and building his support and popularity. He remains the most popular politician in America. If he decides to run for President in 2020, he will be the front-runner on the Democratic Party side but is sure to be up against massive rigging and interference from the corporate wing of the Party, some of which has already started.