It is ironic that the National Party is obdurately denialist in accepting that State and National pol-icies concerning fossil fuel, coal and gas, have scientifically verifiable influence consequence causing catastrophic fires devastating their country electorates while they, at the same time, are blissfully ignorant of the power of Australian farmers, presumably their electoral base, to become carbon sequestration heroes.

This is a consequence of bloody-minded ignorance of the science of climate change, conveniently compartmentalised as a dangerous irrelevance. Thankfully their rejection of science in this case does not extend to the threat of the coronavirus outbreak. The phasing out, urgently, of the fossil fuel industry internationally represents a threat to neo-liberal capitalism and once this “ ood-gate” isopened where will it end? The genie will be out of the bottle. Public ownership of banks, insurance and superannuation, health, aged care, child care, vocational and school education, etc.?

Remember the slave owners of 19th Century capitalism resisted savagely and for many years before relenting, so fossil fuel won’t be a pushover. Capitalist greed hasn’t abated.

As they see it the stakes are high and unfortunately, the “post 18th May” ALP doesn’t have the ticker to provide the necessary leadership.

Given this context, I come back to my “farmers carbon sequestration heroes”. My family and I have a winery and vineyard in Orange, NSW. We are now going into our fourth year of drought. Thankfully we have been spared the res but the dust and smoke have never been so bad. Before Christmas I worked for 5 hours outside wearing an industrial quality respirator, such was the quality of the air. We will not pick most grape varieties this year. Not enough leaf canopy, fruit sunburned, and insufficient water for irrigation. A poor vintage and if this proceeds to another dry year vines will begin dying.

So, what to do about it? A neighbour of mine is an organ-ic grape-grower and last year I had reason to get him to put some of our soils under his microscope. Being poor-ly educated at high school in the 1950’s which provided physics and chemistry with no reference to biology and no microscopes the existence of microbial life in the soil was a delightful revelation.

Unfortunately, my microbe and fungi counts were poor in the samples provided. Nevertheless, under my neighbor’s guidance I embarked on a course of education that opened up a world under my feet in the paddock that I see has the potential to make a signi cant contribution to reducing carbon in our atmosphere.

Since European invasion we have been “mining” the soil in Australia and with chemical dependence for plant pest protection and fertilisation, dominated as it is by capitalist multinationals served by toady governments, farmers have been enthusiastically destroying the biome in our soil. 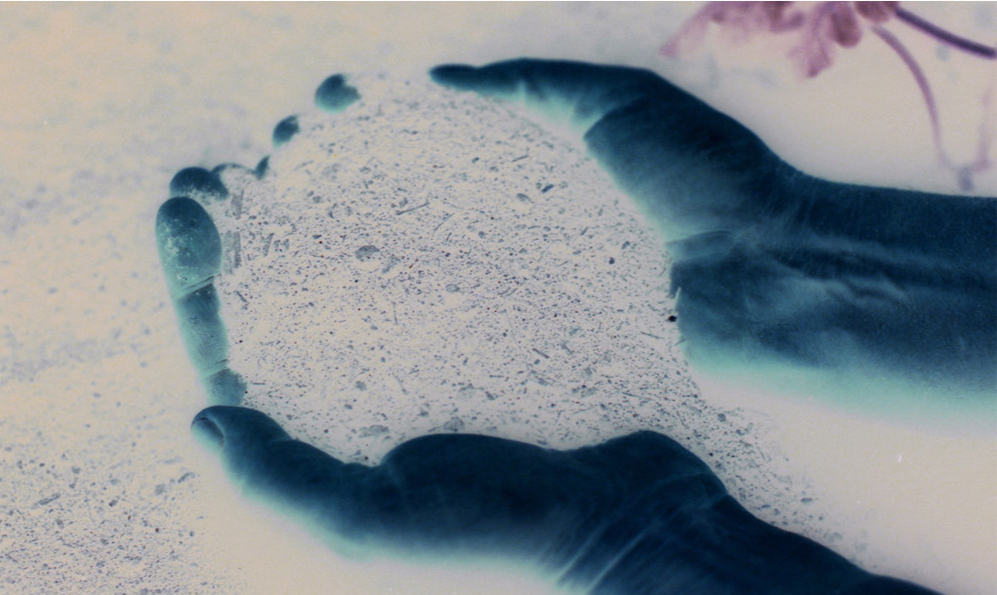 We need to nurture the living organisms in our soils, billions of them, similar to those inhabiting our guts, without which, we know, we would quickly die. The knowledge concerning our soils is out there and the science is there but it appears our political parties, probably including The Greens, have not caught up with this soil science and its importance to our survival as a species.

This has to change. Thankfully 70% of farmers, mainly in the developing world continue farming in the traditional “no-chemical” way. It is Western, capitalist farming that needs to change its practices to regenerate our soils, to be fertile, to hold more water and be more drought resistant.

With assistance and training in better agricultural practic-es farmers of the world can become the great sequesters of excess carbon in our world’s atmosphere. Fossils fuels have to remain in the ground but atmospheric carbon can be controlled using Nature itself.

Plants including grasses, weeds, bushes, and trees via photosynthesis collect carbon from the air and release oxygen and in return put carbon into the soil to feed and nurture the microbiome living in our soils. We need compost, mulch, minimal disturbance of the soil to encourage the healthy activity of earthworms, bacteria, fungi, arthropods, archaea, algae, and the rest to work away in their billions. Human health will bene t and the planet brought back to climate equilibrium.

Why is this not part of our discourse concerning global warming? The Left should be one of its champions. There are wonderful farmers like Charles Massey, of Monaro,NSW, who published Call of the Reed Warbler – A New Agriculture, A New Earth (2017), containing chapter by chapter accounts of Australian farmers practising regen-erative farming.

Putting water back under public control rather than allow-ing its use for pro t and speculation and funding farmers to minimally till and nurture microbial life in their soils should be part of our climate emergency plan.