When it comes to nuclear weapons, the only way to ensure they are never used again, whether by accident or by design, is to eliminate them completely. Nine countries are spending more than $100 billion each year to maintain and upgrade their nuclear arsenals. The nuclear-armed nations enjoy the political complicity of allies that subscribe to a so-called “nuclear umbrella”. This includes Australia. Far from providing protection, nuclear weapons only serve to undermine our collective security.

Frustration with the failure of nuclear-armed nations to disarm gave rise to a new movement; the International Campaign to Abolish Nuclear Weapons. Launched by the Medical Association for the Prevention of War in Melbourne in 2007, ICAN has brought together hundreds of organisations worldwide (including the SEARCH Foundation) to stigmatise and prohibit nuclear weapons. 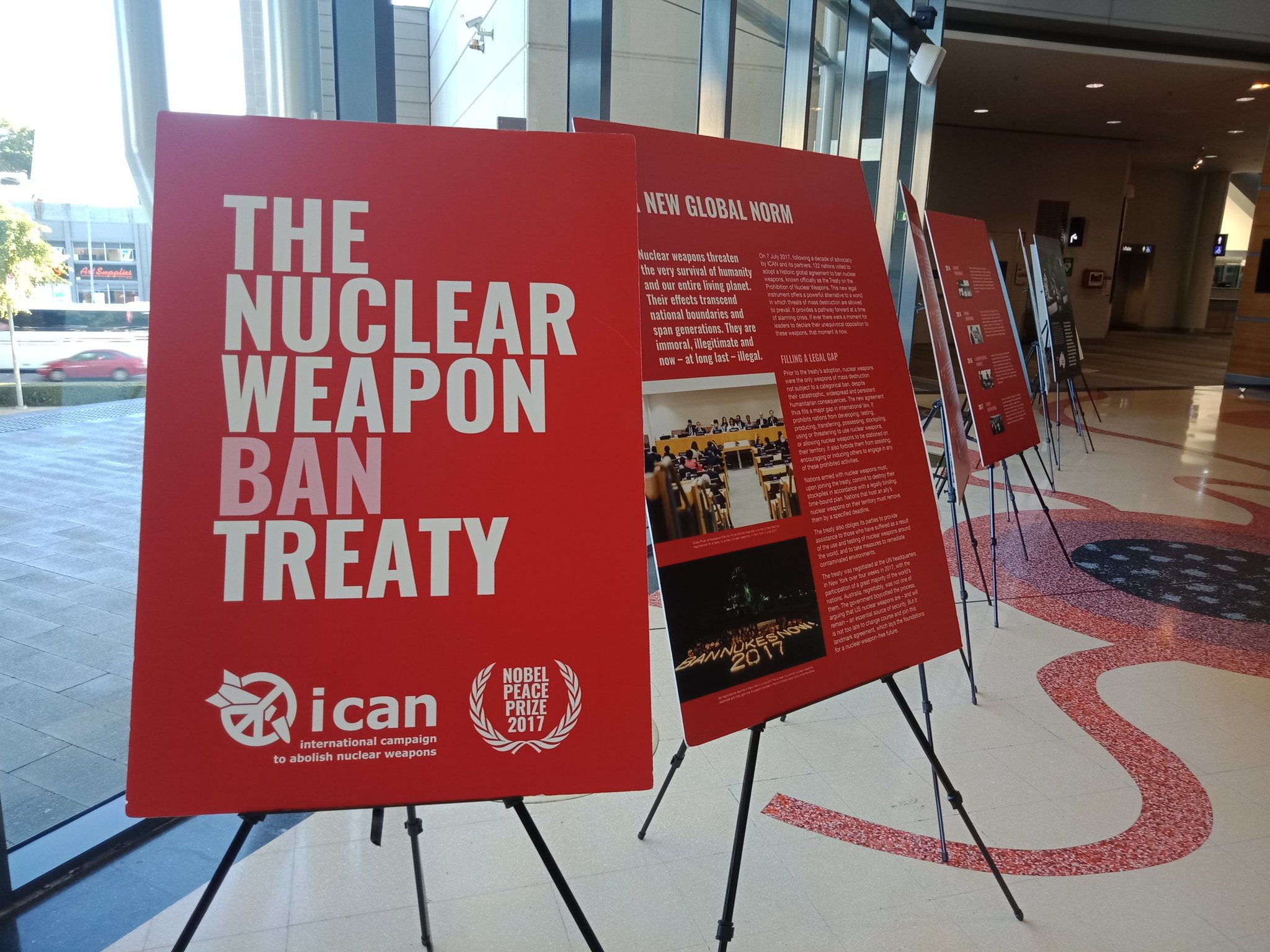 A prohibition treaty or “ban” has proven highly successful for the stigmatization and reduction of other classes of weapon such as chemical and biological weapons, landmines and cluster munitions. A ban is a crucial step on the path to elimination, as it codifies in law the unacceptability of the weapon and sets the same standard against which all nations are judged equally.

In 2017, a majority of UN member states negotiated and adopted the UN Treaty on the Prohibition of Nuclear Weapons, finally banning the bomb and setting out a pathway for the total abolition of these horrendous weapons. ICAN’s role in the treaty-making process won them the 2017 Nobel Peace Prize, but we say it is only the beginning. The Treaty will enter into force within the next year or two.

Australia hasn’t yet signed on to the ban, despite strong public and growing political support for this. Seventy-four percent of the Federal Labor caucus have pledged to work for Australia to sign and ratify the ban, and many unions are getting behind the push.

This September, ICAN is touring the Nobel Peace Prize medal and the nuclear weapon ban treaty from Melbourne to Canberra by bicycle. The “fellowship of the bling” will stop off in towns along the way for events, film screenings and potluck dinners, concluding with a final ride, march and rally to Parliament House on Thursday 20 September, exactly one year since the ban treaty opened for signature at the United Nations.

ICAN is inviting supporters to get involved in the Nobel Peace Ride and kick up a fuss in Canberra. It is up to all of us to ensure Australia sides with international law and becomes part of the solution instead of the problem, by signing and ratifying the nuclear weapon ban treaty.  Details of the ride are available here - www.icanw.org/au/nobelpeaceride - please promote it on your own social media. We will keep SEARCH members updated as the ride progresses.