Gentle, genial and self-effacing, Maurie Crow was a committed, active and popular lawyer dedicated for over 50 years to communism. He was also devoted to community, activism and, in the last 20 years of his life, to developing urban planning solutions for the people of Melbourne. Yet he is in the unusual position for a man of his generation in being somewhat in the shadow, historically, of his wife Ruth.

This may, in part, have been due to his wish to take a ‘back seat’ in many of the activities he was interested in lest his membership of the CPA bring problematic publicity. He was, Ruth would later say, “protecting potential supporters from embarrassment”. 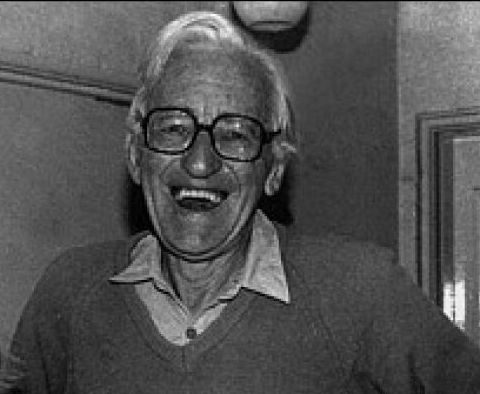 Little is known of his early life, though Maurie (Maurice Stewart) Crow reputedly came from a wealthy family who disinherited him when he became a communist. After his death, Ruth used pictures of Maurie between the ages of five and seven in a pamphlet discussing memories of childhood; they show an active, happy boy. He attended Melbourne Grammar School and won prizes in subjects such as Latin and Ancient History. Manning Clark was a fellow student

Maurie and Ruth met at “Youth: What Next?”, a conference on fascism in 1934. Soon afterwards, she asked him to tea for which she had made a cake iced with the words, “What next?”. They married the following year. He was already a CPA member when Ruth joined in 1936, and active in the University Peace Group. From 1939–42, they operated the Observatory Tea Rooms at Kalorama, in the Dandenong Ranges. They may have been attracted to the area because of Maurie’s chronic and at times debilitating asthma.

Maurie qualified for his Bachelor of Laws from the University of Melbourne in 1941. He and Ruth moved from Kalorama to the inner-city, down-at-heel Melbourne suburb of Brunswick the following year to embark on a social experiment. Inspired by the Soviet principles relating to the kommunalka, or communal apartment, they lived as much as possible in the public sphere; their rented one-bedroom Sydney Road flat merely a place to sleep. Beds folded into the walls for themselves and their two young children, June and Julie. Maurie cooked in the apartment on a stove pushed partially out the window. When possible, they showered at the local swimming pool.

Maurie was heavily involved in the Clerks’ Union between 1945-50 and appeared before the Royal Commission into Communism in 1949. He was accused during that investigation of sending communists to vote at Clerks’ Union meetings, a charge he denied. He was blacklisted for a year and half, presumably the reason that much of the following year was spent in Sydney “preparing wages cases for Federal Awards” and, in what must be assumed was his spare time, “popularising Australian songs and dances”. 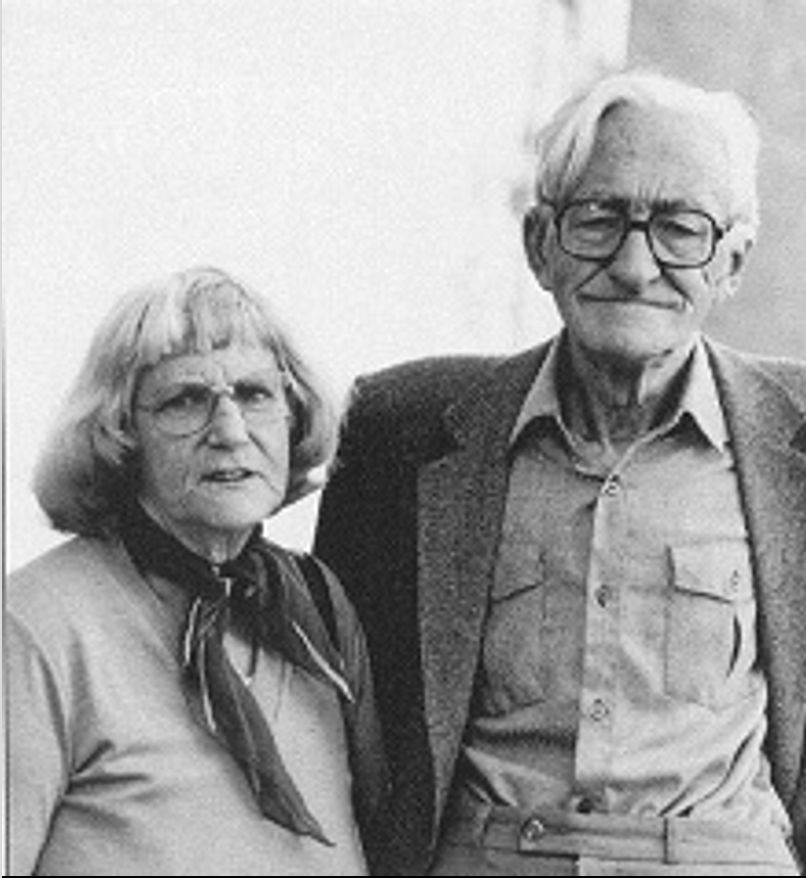 He was admitted to the Bar in August 1954 and prepared a submission to the Martin Committee on Tertiary Education on behalf of the CPA. He facilitated connections between unions, citizens and others; he also worked on behalf of local councils, campaigning for them to receive federal aid. Ruth later lauded his work “at all levels, with students, unions, business groups and different political groups, which allowed him to create powerful coalitions which often got things done”.

In 1957 the Crow family relocated further north to Coburg and a more conventional three-bedroom house with a garden. Maurie’s working life changed when he was pushed out of union work in a purge of communists; he instead became a ‘functionary’ for the CPA. The family’s income was reduced (although both Ruth and Maurie worked) but, it would seem, he was now able to concentrate on some broader campaigns, and this was the key to his involvement in urban planning. The significant, and extensive, papers of the Crow Collection include clippings of Maurie’s articles in Tribune on such concerns. In one, he wrote of the modern city: “Conurbations belong to this century. Socialism would appear to be the system designed to cope with such tremendous opportunities. Capitalism is certainly on trial.”

Key problems were that of access to the city; the growing dependence on the car and urban alienation that resulted from the latter (and arguably the former). Solutions were reworked and promoted in different configurations, encouraging urban Australians to question the systems they lived under.

Their children having reached adulthood, Ruth and Maurie moved from Coburg to North Melbourne in 1964. They joined the North Melbourne Association, the first of Melbourne’s inner-suburban activist groups, in 1968, two years after it started. Maurie often chaired Association meetings. North Melbourne, part of the City of Melbourne, was succumbing to a range of pressures, a battleground for renewal with both office space (overspill from the city centre) and denser housing. By the late 1960s and early ‘70s, Maurie had stable employment working in a law firm, but his interest in planning issues increased.

For the Crows, everything was political. They were interested in both wider urban issues and very local community campaigns. Three major projects emerged, over a 20-year period: the three-part Plan for Melbourne, almost certainly largely Maurie’s work; the similarly formatted C.A.N Plan, of which he was a key facilitator; and Make Melbourne Marvellous. In all cases, Maurie actively retreated from the limelight, but it is hard to imagine any of these existing, much less being as effective, without him.

Maurie and Ruth envisaged a more efficient (mikroraion-styled or microdistrict) community featuring what they called a ‘cluster-and-connect system’ including a ‘drop-in centre’ neighbourhood house with a kiosk, postal services, and other useful features such as a photocopier; it would be managed by a committee which also took responsibility for landscape improvement, home help and child-care. Make Melbourne Marvellous proposed a “new tenure system with ‘shelter title’ for rental or purchase by instalment at a price determined by public valuation. Price-fixing would end landlordism as a means of making capital gain”. At the same time, a single computer-determined shelter payment would cover all household costs, without need to pay to individual utilities.

Amateurs they may have been, yet the Crows’ work was recognised in the 1972 Robin Boyd award for “notable contribution to the literature of the built environment” and the 1973 Barrett Medal for Town Planning. Many of their ideas gained currency in subsequent decades, particularly through younger acolytes who gained positions of influence in John Cain’s 1982-90 Victorian state government.

Make Melbourne Marvellous was to be Maurie’s final foray into planning literature; however, he and Deborah White subsequently produced the well-received Seeds for Change, a product of his role as national organiser of the Radical Ecology Conference. With Ruth, he worked to find new directions and relevance for the CPA in the 1980s. In 1988 Maurie was hospitalised; Ruth brought him home to die, which he did on 4 April of that year. An event in his honour at North Melbourne Town Hall attracted 400 people. Attendees were asked to wear name badges stating the year they met Maurie – with the implication that he was a man of many parts.

That his legacy has been merged with, and perhaps overshadowed by Ruth’s, would not worry Maurie whose proudest achievement, according to his wife, was “giving people a vision of their own power to change society”. She told the Canberra Times in 1993: “I still find myself talking to him up there somewhere”.

David Nichols is a lecturer in urban planning at the University of Melbourne. His newest books are Urban Australia and Post-Punk: Exploring Dogs in Space (ed. with Sophie Perillo, Palgrave 2020) and The Alert Grey Twinkling Eyes of CJ DeGaris (UWA Press, 2020).