Martina Nightingale, a member of SEARCH and a former CPA member, died in Sydney on Tuesday 3 August, aged 61, from a brain cancer that had been diagnosed as terminal several months earlier. The following tribute to Martina draws on notes provided by her long-time friend Kelly Gardiner, and comments from other friends and comrades. 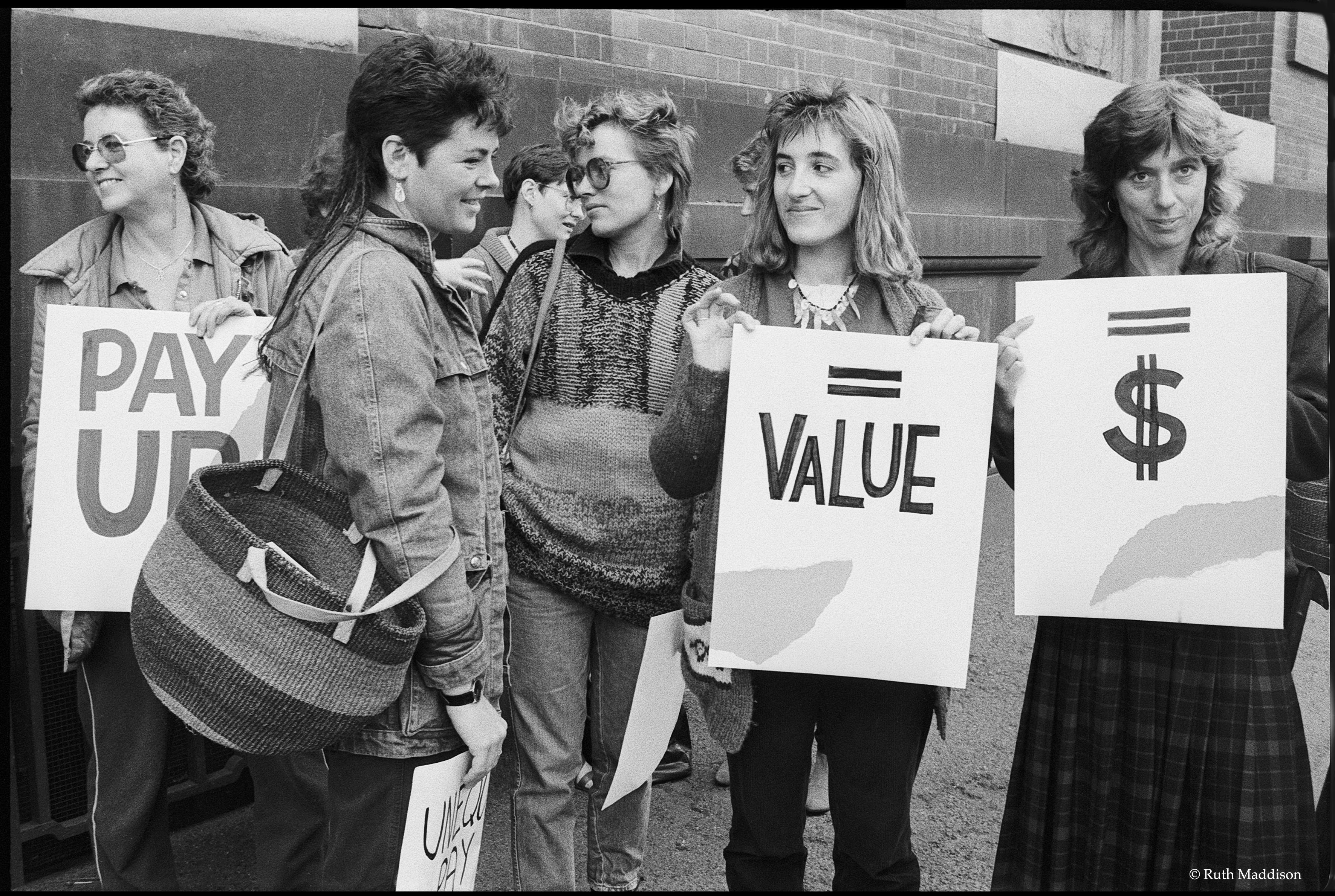 Martina came to Australia as a child, when her family migrated from Germany. She grew up in Perth and in 1981, while a student at the University of Western Australia, became the university’s Women's Affairs Officer. At around this time, Martina joined the Communist Party (CPA) and became a feminist and socialist activist. She had always wanted to be a journalist but, as she read widely in the newspapers, realised that ‘the world needed a good kick’, as her long-time friend Kelly Gardiner put it.

From her earliest activist years, Martina was a campaigner for LGBTQI issues.

In 1982, Martina moved to Melbourne to become Women's Officer for the Australian Union of Students (AUS). In that role, she initiated key campaigns such as ‘Bluestocking Day’, which is still celebrated on campuses around the country, and ‘Women in Unions’, forging links with Victorian Trades Hall Council, the ACTU, and women activists in unions.

Perhaps most ground-breaking of all, Martina initiated a national conference on Sexual Harassment on campus, with draft national policies and processes for campuses to adopt.

This was the first such initiative, at the same time that Susan Ryan, a leading minister in the Hawke Federal Labor Government, and others were moving on the issue.

This was game-changing work and, as Kelly Gardiner says, ‘All campuses worked with those frameworks for years, and indeed the fundamentals are still there.’

Martina’s focus throughout these years was on the rights of women as workers, in unions, and as women who had long suffered patriarchal and homophobic oppression. She continued this focus for many years, as a key member of the Council on Action for Equal Pay (CAEP). She worked with Rhonda Galbally at the Commission for the Future, which was also a ground-breaking initiative in those years, and wrote for publications such as Australian Left Review.

From the mid 1980s, Martina worked for trade unions, including the Victorian branch of the Australian Railways Union (ARU). From 1986 she worked for several years as federal education and publicity officer for the Association of Draughting Supervisory and Technical Employees (ADSTE), and went on through that union’s amalgamation with other unions to form the AMWU, in which she also had responsibility as a women’s officer. Current AMWU National President, Andrew Dettmer, recalls her as highly capable and ‘always forthright and articulate’. He also observed that she brought some ‘elegance’ into the office, and that she ‘certainly raised the bar for scruffy trade union officials’.

Martina then became the Women's Officer at the Victorian Trades Hall Council for several years, and was instrumental in campaigns on wage equality, affirmative action, and women’s representation in the union movement, researching and writing the first major survey into the representation of women in trade unions.

Martina moved to Sydney in the mid 1990s, where she worked in various senior capacities in the Commonwealth and NSW public services, including policy work mostly in education and training, and in communications, including significant research and policy work with the Women’s Equity Bureau. For a few years around 2010, she ran the Clear Message Network, providing plain-English training and communications for the public service. Most recently she was Principal Policy Officer in the NSW Department of Education.

Martina was an active CPA member, selling its weekly paper Tribune (and urging others to do so), helping out with the annual Big Red Book Fair, and a range of other activities and meetings. She was elected to the CPA’s National Committee at the party’s 1987 Congress.

In late October 2020, Martina was the moderator for the one-hour ‘Red Matildas’ women’s session at the CPA Centenary event held by Zoom from the NSW State Library. Martina spent many hours researching the topic and, although already affected by the brain cancer that was to end her life, facilitated an excellent session.

When Kelly Gardiner asked Martina recently what she thought her greatest achievement was, she said without a moment's hesitation that it was her son, Toby. As Kelly says: ‘He is indeed a marvel to us all. But I really believed she changed the world for the better, and not just for people who know her.’

The covid lockdown in Sydney will severely restrict attendance at Martina’s funeral. However, a celebration of her life will be held in Melbourne later, within the restraints still in place there, and it is expected that a similar event will be arranged in Sydney when conditions permit. Details of these events will be circulated when they are available.

SEARCH expresses its deep condolences to Martina’s son Toby, her sisters, her wider family, and her many friends and comrades.