The International Election Observer Mission organised by the International Coalition for Human Rights in the Philippines (ICHRP) concluded that the Philippine Elections 2022, especially the Presidential, Senatorial and House of Representatives elections, including for the 20 percent Party-List seats, failed to meet the international standard of a free, honest and fair election.1

The IOM final Report said that these elections were marred by a higher level of failure of the electronic voting system than ever before, along with a higher level of blatant vote-buying, disturbing level of red-tagging and a number of incidents of deadly violence. A large number of voters did not get to cast their vote, and many had to trust that election officials would later put their marked ballot paper through a Vote Counting Machine (VCM), thus undermining the secrecy of the vote. 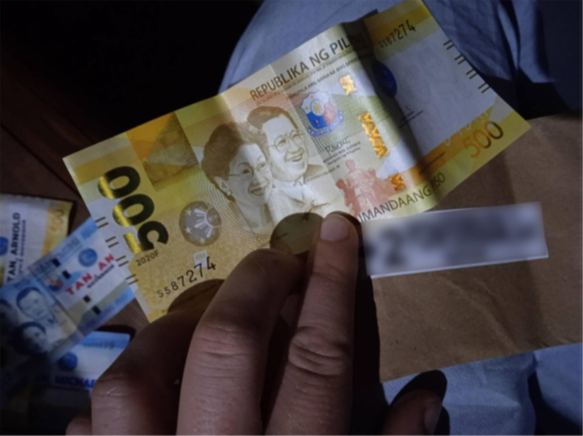 Vote counting was neither transparent nor reliable because of the failure of so many VCMs. Nor was the declared vote count credible because of the unbelievable speed in the transmission of election returns, the extraordinary loss of almost 900,000 votes by the Bayan Muna Partylist, and the election of only one opposition Senate candidate, Risa Hontiveros, out of 12 Senate positions up for election. How could that happen if the Robredo presidential vote was 30 per cent?

Overseas Filipino Workers (OFWs) were the first to cast their votes in this election cycle with overseas absentee voting (OAV) beginning on April 10, 2022. But from this first day OFWs faced voter suppression, disenfranchisement and other obstacles to voting. As a result, only 480,000 voted out of almost 1.7 million registered voter OFWs.2

The failure of the VCMs is the responsibility of Smartmatic USA Corp and its partner SMMT-TIM 2016 Inc, who already faced credibility issues after alleged poll irregularities in past Philippine elections (such as a delayed transmission of results to the transparency server). COMELEC awarded them the contract for the Procurement of Automated Election System (AES) Software for the Election Management System (EMS), Vote Counting Machines (VCMs) and Consolidation and Canvassing System (CCS) to be used in the 2022 National and Local Elections. Smartmatic is less than 60 percent Filipino-owned, thus not meeting the requirement of the Philippine Constitution. Domestic forwarding company F2 Logistics, associated with the Uy family who were major financiers of the Duterte 2016 campaign, were awarded the contracts for delivery of all election paraphernalia.3

Election-related violations of human rights began in January with the first political killings related to the elections taking place in Sorsogon, Bicol Region, on January 15. These violations took the form of political killings, shootings, abductions, death threats, political arrests and detention, harassment and surveillance of candidates and supporters, very large-scale red tagging including by President Duterte and by the National Task Force to End Local Communist Armed Conflict (NTF-ELCAC), very widespread vote-buying, media manipulation and repression, fake news and harassment of journalists by the Marcos campaign.

This election does not meet the standard of “free, honest and fair” because of these prevailing conditions that robbed the voters of access to reliable information, access to the voting places without intimidation, and a credible vote counting system.

Following May 9 and the subsequent proclamation of Ferdinand Marcos Jr. as president-elect, and Sara Duterte as vice-president-elect, a series of violations of human rights took place which must be attributed to the final days of President Duterte, but which were not criticized by the incoming duo. These were the violent dispersal of a rally at the U.S. Embassy, violent dispersal of a rally at the Commission on Human Rights, harassment of environmental and rights organizations, red-tagging of national organizations critical of the government, mass arrest of farmers and their supporters in Central Luzon for asserting their ownership of farmland, followed by the red-tagging of this group by the NTF-ELCAC.

Who we are: The IOM Commissioners

The Philippine Elections 2022 International Observer Mission (IOM) was established on the recommendation4 of the INVESTIGATE PH Commissioners in their 2nd and 3rd Report of the Independent International Investigation into Human Rights Violations in the Philippines, which was in turn established in response to the October 7, 2020, decision of the UN Human Rights Council 45th Session (Resolution No. 45/33),5 which was very disappointing to civil society. Its Commissioners are as follows:

Fifty-seven people from 11 countries took part in the IOM. The Observers on the ground were human rights advocates in their respective countries and volunteered to support human rights monitoring in the Philippines during this election. Their names have been deliberately not mentioned for safety and security reasons.

Methodology. The IOM ran for five months and monitored the campaign period, election day, and post-election period until June 22.

The missions were complemented by a researcher-writers’ team for consolidating mission reports, reports from partners Kontra Daya (Against Fraud) and OFW/migrants groups, online research, and news monitoring and validation.

The names of individuals and organizations interviewed and the places visited are not mentioned in this report for safety and security reasons.