Writer Judah Waten was a precocious communist, joining the CPA in 1926 while still at school. He remained a member until 1972, although with several breaks. He is best-known as the author of Alien Son (1952), often seen as the first Australian literary work from a non-Anglo migrant perspective.

At Melbourne’s University High School, the school magazine described him as “Judah the eloquent … our red, roaring, radical revolutionary”. The description would fit for much of Judah’s life, even as later he became identified with the Party’s ‘old guard’. He was tall and heavily built, an imposing physical presence well captured in Noel Counihan’s portrait, often remembered as a larger-than-life figure with “his impressive wide brow and crop of jet-black curly hair, his luminous dark eyes and husky, resonant bass voice”, according to Ian Milner.

As a 15-year-old schoolboy Waten had already had quite a journey. He was born in 1911 in Odessa, although with his mother he was soon taken back to Palestine where his parents had earlier migrated. The family then migrated to Australia, arriving in 1914 in Fremantle, the first port of call for shipping routes from the Middle East. As such, Perth and Fremantle had a significant Jewish population. The family spoke Yiddish at home, the children English and the parents Russian. Waten returned to his childhood and family life throughout his writing career, as if this was the story he was compelled to revisit. Politics provided the other unavoidable story.

In 1925, along with many other Eastern European Jewish families, the Watens moved east, to the vibrant Jewish community around Carlton in Melbourne.

After leaving school Waten lived an unsettled bohemian life, pursing politics and literature rather than regular employment, despite a brief stint as a student teacher. In 1929 he stowed away to New Zealand, where he was briefly editor and ‘literature secretary’ of the NZ Party’s Red Worker, having left Melbourne in protest at Party attempts to control his private life (“I will never make any compromise with bourgeois morality”). In 1930 he was the driving force behind Strife, a radical, anti-capitalist magazine, “an organ of the new culture, destructive and constructive”. Waten’s literary manifesto proclaimed “Facts are the new literature”.

Waten’s precociousness had its own historical significance at a time when Soviet – or rather international – communism was young, radical, often avant-garde. Unlike many of his later comrades, he was not a ‘Depression communist’, his interest in radical politics preceding the 1930s crises that drew many others towards communism, and entangled with his Jewish family history.

In early 1931 he left Australia with girlfriend and fellow communist, Bertha “Bubbles” Laidler, heading to Paris, then London. Having failed to find a publisher for the “proletarian realist” novel he’d completed, Waten joined the National Unemployed Workers’ Movement and became co-editor of its newspaper, the Unemployed Special. In November 1932 he was arrested for a speech at a rally in London and later sentenced to three months in Wormwood Scrubs. This experience is drawn upon in Waten’s final novel, Scenes of Revolutionary Life (1982). 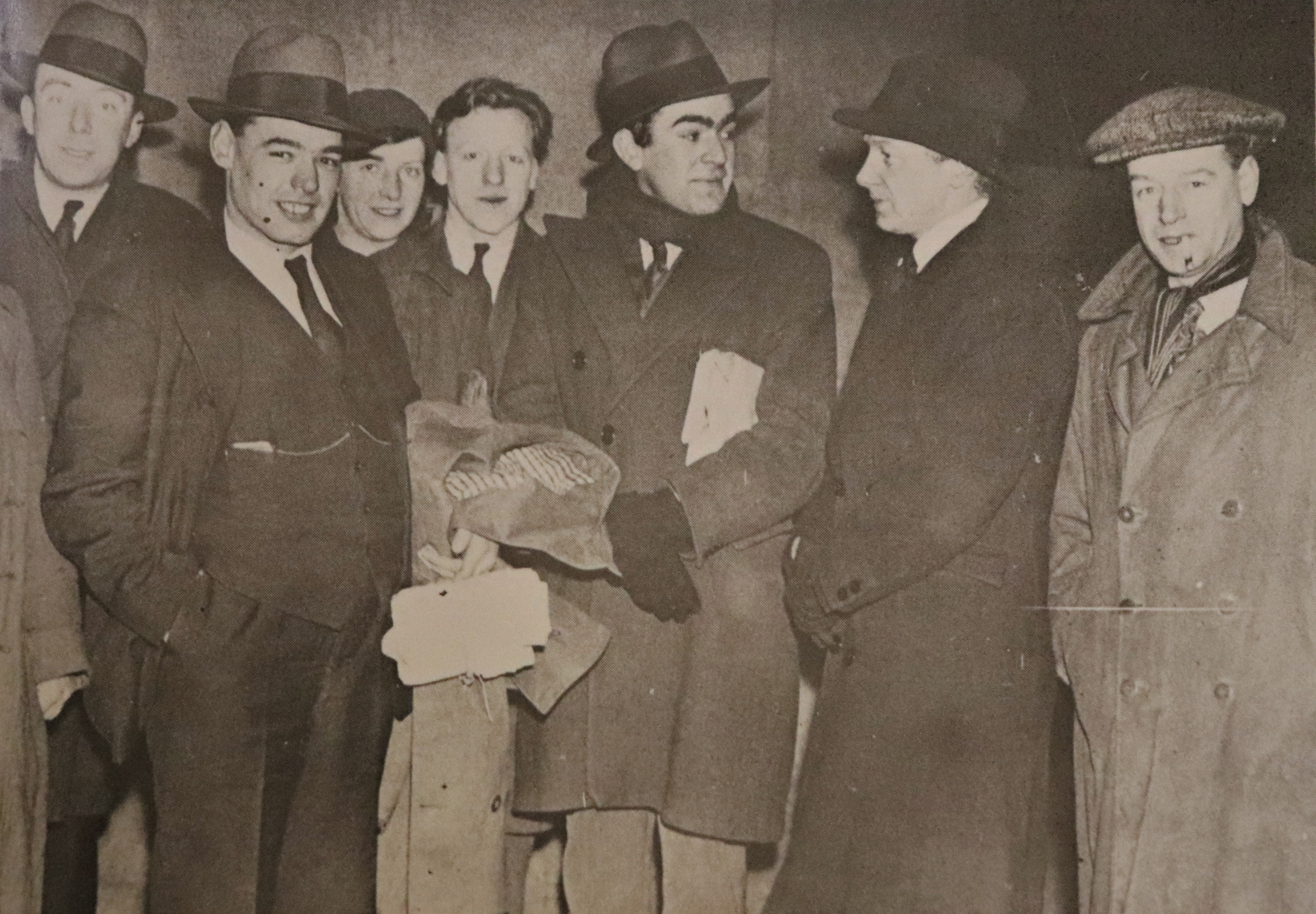 Back in Melbourne from mid-1933, Waten resumed political work but also his bohemian lifestyle. He was a regular at the Swanston Family Hotel, a meeting place for young artists, journalists, bohemians and radicals. Some of this period is recounted in Waten’s novel, Season of Youth (1972). He left the Party for a second time, expelled in July 1935 for “petty-bourgeois irresponsibilities which continually lead him away from the Party”. He headed north with friend and fellow radical, Noel Counihan, and in 1939, together with Bertha Laidler, they headed to New Zealand, where they were active in the peace and anti-conscription movement. Waten re-joined the Party in NZ, with the CPA’s approval.

But in 1942 Waten would once again be expelled from the Party. Back in Melbourne, he had met Hyrell McKinnon Ross, a school teacher and left-wing activist. They married in 1945. Waten worked briefly at the General Post Office from 1941, then, despite being under security surveillance, at the newly-established Commonwealth Taxation Office (1942–45). In 1941–42, when the Party was illegal, Waten and others advocated a government of national unity to defeat fascism, when the Party line was only to support Labor. As a result, Judah and Hyrell, together with Noel and Pat Counihan and others, were expelled, but all remained politically committed.

In 1951, Waten’s literary ambitions were recognised by the award of a Commonwealth Literary Fund (CLF) grant for a novel about “the integration of a Jewish migrant family”, but the award provoked infamous attacks in federal parliament, by Labor and Liberal anti-communists, on the CLF and its ‘red’ sympathies. Menzies defended the CLF but instructed that “in future all names put forward should be investigated by Security. This case is scandalous and embarrassing.” The resulting novel, The Unbending (1954), was published by the left-wing, union-centred Australasian Book Society, with which Waten would become increasingly engaged. It covered Jewish migrant stories but also political radicalism during World War I. The first element, at least, was praised by the major critic, A. D. Hope, but elsewhere the novel’s politics produced outraged critiques and more attacks on the CLF. Writers rallied to Waten’s defence.

Over the next three decades, Waten would pursue dual careers as a writer and political activist, sometimes with extreme views. Some novels returned to Jewish and immigrant stories (Distant Land, 1964; So Far No Further, 1971), others told political tales (Time of Conflict, 1961). Controversies could arise when the Soviet Union was in question. Most controversial for Waten was his very public denial of anti-Semitism in the Soviet Union, leading to his alienation from mainstream Jewish community organisations. Both Yiddish and Australian nationalist themes, as well as communism, would define Waten’s literary output. His political energies were directed to the Jewish Council to Combat Fascism and Anti-Semitism, as publicity officer and secretary. 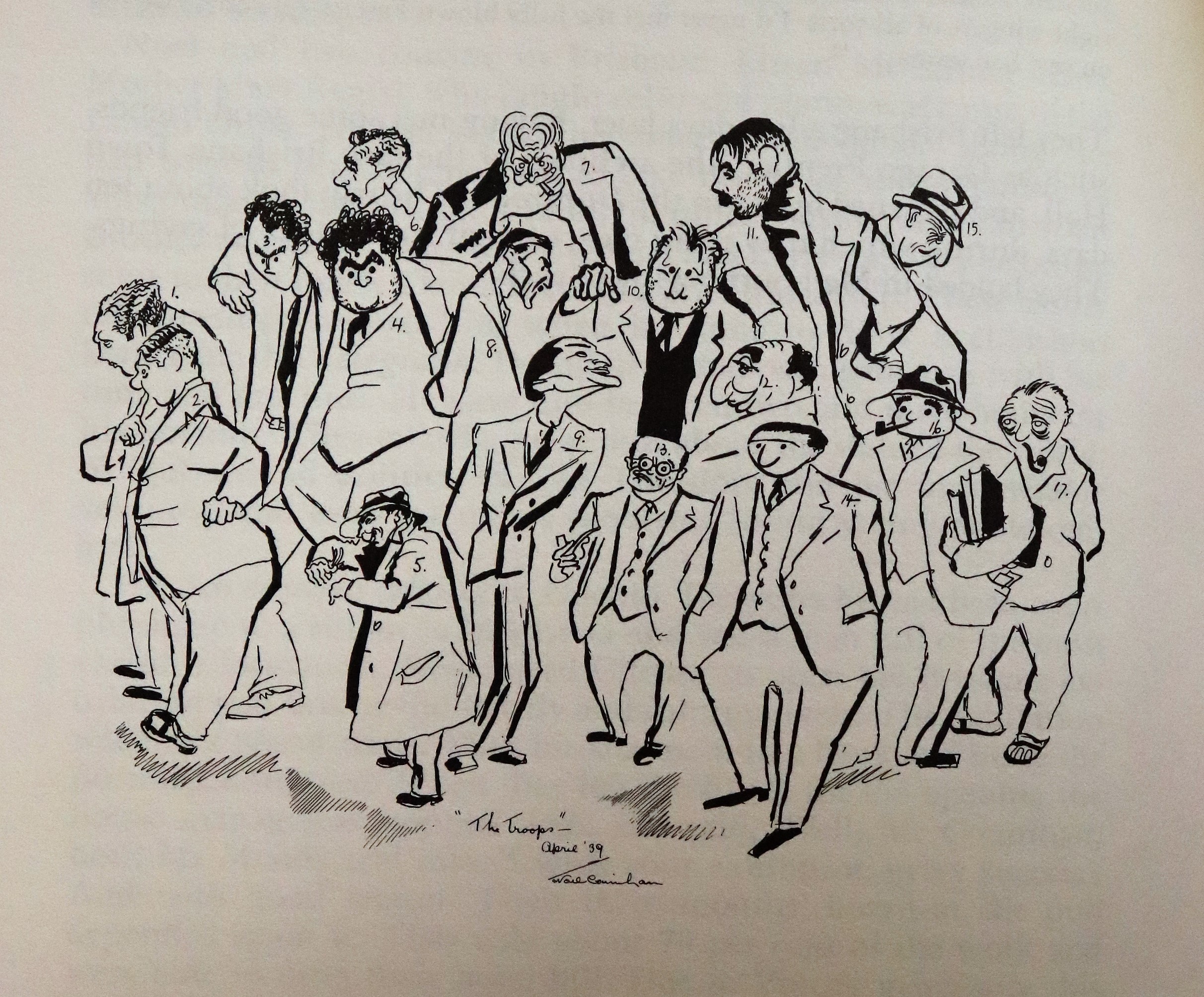 In 1957 Waten finally, officially, re-joined the CPA – just when many left-leaning intellectuals, writers and artists were severing their ties, following the Hungarian uprising and Soviet invasion. He became one of the leading spokespersons on literary and cultural affairs in the Party press, even as his standing and friendships in mainstream literary circles were consolidated.

By the 1960s, the CPA was going through reassessments and realignments, first in relation to Beijing, then Moscow. In one wave of change, Waten was elected to the Party’s National Committee in 1967; as the Party shifted, post-Czechoslovakia, to a position critical of Soviet actions, he maintained a firm pro-Soviet line. Along with other members of what was now the ‘old guard’ he was removed from the National Committee in 1970. In May 1972, he resigned from the CPA – his fourth and final departure – and joined the pro-Soviet Socialist Party of Australia (SPA). He argued that the CPA had abandoned Marxism-Leninism for a “hotch-potch” of anarchism, Maoism and Trotskyism, abandoned Labor-Communist unity, and abandoned international, anti-imperialist movements. The move also meant breaking his long-standing friendship with Noel Counihan. From 1979 Judah and Hyrell contributed regular articles to the SPA’s newspaper.

At the very same time, he was appointed to the first Literature Board of the Australia Council (1973–74) chaired by Geoffrey Blainey, another figure with far from communist sympathies who became a lifelong friend. Waten was awarded an Australia Council fellowship in 1975, an Australia medal in 1979, and the Patrick White Literary Award, posthumously as it turned out, in 1985.

The different, perhaps contradictory, dimensions of Waten’s careers and identity might be summed up by noting those who spoke at the memorial service held for him at the Victorian Arts Centre in 1985 – Manning Clark, Geoffrey Blainey and SPA leader, Peter Symon. He remains an important figure in Australian literature as the first non-Anglo migrant to write from the inside, as both ‘son’ and ‘alien’, a Russian-born, Jewish Australian communist writer. He played a significant role in literary institutions linked to Australian nationalism. He was present during key moments in Australian communism, avant-garde and old guard, internationalist and nationalist.