Joy Williams, a poet and Aboriginal activist living in Wollongong, joined the CPA in 1981. She was a member of the Stolen Generations and her long-running case seeking compensation for damage suffered was eventually rejected by the High Court in 1999. Ten years after her death, a compensation package was legislated in NSW.

An Aborigines Protection Board inspector took eight-year old Dora Williams from her family in Cowra in Western NSW in the early 1920s. After nearly eight years in the Aboriginal Girls’ Home at Cootamundra 120kms away, Dora was placed with a white family in Sydney as a domestic servant at the age of 15. At a New Year's Eve party in 1941, Dora became pregnant to her employer’s son, a soldier. At 18 she gave birth to her daughter Joy Janaka Wiradjuri Williams at Sydney Women's Hospital and, without her consent, was given a hysterectomy.

Cut off from her people, shamed, forced from her job, unmarried and in a city where she knew no-one, Dora was left homeless with her child. After four desperate weeks, she placed Joy into the Children’s Home at Bomaderry near Nowra. Dora visited Joy there, but her visits ceased when Joy was moved, at the age of five, to Lutanda Children's Home at Wentworth Falls in the Blue Mountains, from Nowra and back, a long day’s travel by three trains. In later years, Dora said that the transfer form she had been told to sign was blank. 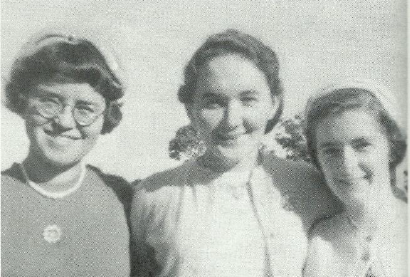 It was the Aboriginal Welfare Board’s policy that those with fairer skin should be 'protected' from their own culture. Joy was sent to Lutanda, where she was the only Aboriginal resident, rather than to the Cootamundra Girls’ Home in Dora’s own country. Denied her name at Lutanda, Joy was addressed as ‘Number 4’. She was beaten by the staff, who on one occasion fractured her wrist and collarbone. Joy said that they also sedated her with morphine and subjected her to sexual abuse. She could not understand what she had done to be treated so
badly. She superficially cut her arms to see if she really did have "mud in her veins" as the staff had told her. Joy recollected being ashamed when she discovered her Aboriginality at the age of 13.

On leaving Hornsby Girls’ High School at 16, at the insistence of the Lutanda staff she signed on to become a nurse’s aide, living at the Nurses’ Home at Parramatta District Hospital in Sydney. By the time she turned 18, finally free of institutional constraints, Joy was ready for mischief and plunged into the exciting milieu of cosmopolitan Kings Cross. By 1962 she had several petty criminal convictions and had fallen in with Rosaleen Norton's bunch of occultists. 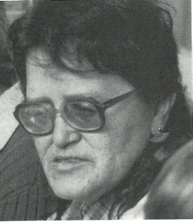 Soon she was diagnosed with a severe mental disorder and was sent to the North Ryde psychiatric hospital. While on weekend leave, she became pregnant with her first child, Julie Ann. Shortly after her birth and under heavy sedation, Joy signed adoption papers for Julie Ann. Her second daughter was taken and sent to the very same children's home in the Blue Mountains in which she had spent her own childhood. Her son was in and out of the Children's Court. Her life became a trail of welfare reports, alcohol and pills.

In 1973, aged 31, Joy finally tracked down the mother she had never met, but by then Dora was alcoholic and ravaged by Alzheimer's disease. So, although Joy lived with and cared for her for eight years, they never discussed the circumstances of their separation. After Dora's death, Joy began to piece together her own history and embraced radical politics. “I only cook on the left side of the stove, dearie”, she remarked. She joined the Communist Party (“it was fair dinkum about the Aboriginal struggle”) and enrolled at the University of Wollongong, studying history, politics and literature – her passion was Black Literature. As well as publishing her poetry, she threw herself into the Black Deaths in Custody campaign in the early 1980s, organising and stirring on an impressive march down Wollongong’s main street and to the police station. Six pallbearers demanded entry and, with the mediation of Uncle Fred Moore who had spotted the Tactical Response Group police poised within, they left in the police station a black coffin bearing a painted Aboriginal flag.

Joy wrote, "I could have sat on the fence for years and forgotten about being black. But, no, I wouldn't compromise, I couldn't pay the price”. She became the Illawarra regional representative of the Aboriginal Consultative Group and was involved with the Wollongong Aboriginal Community Centre.

Joy recalled that around this time 'the idea began to form in my mind that, for god's sake, the white Australian government had done something very wrong, that not only included me but thousands of others”. In 1993, from her Housing Commission flat, she began the process of suing the State of NSW for compensation for neglect, lack of due care, kidnapping, assault, cultural and maternal deprivation. She was the first Indigenous person in Australia to seek a remedy for losses suffered as a result of the long-standing and vigorously enforced official child removal policies. Hers was the test case against the NSW government for compensation for the actions of the Aboriginal Welfare Board who kept her from her mother, and were responsible for the abuse she endured in the homes she was sent to and for her own difficulties with loving and caring.

The case took more than a decade to get to trial and cost a very substantial sum in Legal Aid funds. Joy told the court that she was a victim of genocide, saying she had been taken from her mother “purely on the grounds of race and I was passed on because I had fair skin". Joy said that her difficulties in rearing her own three children were the result of an upbringing which had damaged her ability to parent, and to form lasting and loving relationships.

After listening to three weeks of testimony, Justice Studdert brought down a 432-page judgment in August 1999, which was a devastating rejection of Joy’s claims. He found that she was not stolen, as her own lawyers had agreed that her mother had asked for her newborn to be made a ward of the State in 1942, and had approved of her transfer from the Bomaderry Children’s Home to Lutanda four years later.

Studdert said that while one may find them objectionable today, the Welfare Board’s policies “were expressed as being directed to the betterment and welfare of Aboriginal people and it is reasonable inference that the Board believed in those policies and considered that they were soundly based". Joy responded that she was “sick of hearing that. People say that at the time they thought they were doing the right thing. I don't think time is any excuse for racism". Joy’s case was again lost in the NSW Court of Appeal in 2000, and in 2001 the High Court of Australia rejected a further appeal application. Court costs were awarded against her.

The Williams judgment sent a shiver through activist lawyers pursuing stolen generations’ compensation claims. It was considered unlikely that a community legal centre or public interest law centre could take up a case like this again. Understandably upset, relieved that it was finally over, with her convictions confirmed (“What else could you expect from the bosses’ courts?”), Joy remained strong until her death at 64 at Primbee near Wollongong in 2006.

Ten years later, the NSW Parliament approved a $73 million compensation package which included payments to the 730 Stolen Generation survivors and to a fund to address the inter-generational trauma that people suffered.

Dr Mike Donaldson joined the CPA in Wollongong in 1978 and was the South Coast District President for most of the 1980s. He was for many years the Head of the Sociology Department at the University of Wollongong and is a life member of the South Coast Labour Council and the National Tertiary Education Union.

This biography is one of the 150 written for the SEARCH Foundation's Communist Biographies Project. 100 Biographies are available in print only in Comrades! Lives of Australian Communists available here from the New International Bookshop.