Reflecting on his 26 years as a CPA organiser or functionary, John Sendy noted that when he joined the Party in 1942 it had 10,000 members. Less than three years later it had 23,000 members, as it had become a mass organisation with real influence in the Australian community. When he stepped down as national president and from full-time work in 1974, it had barely 2,000 members.

John’s story reflects the Party’s rise and decline, illustrating what attracted people of diverse backgrounds to join it, and what convinced many to remain life-long members. It demonstrates the resilience and determination of those who stayed and who sought to ensure that the Party adapted to changing social, political and economic environments. Sadly, it also shows the impact of internal disputation. As he notes in his memoirs, Comrades come rally, he largely spent his first 15 years in the Party trying to win broad political support and organising other members to pursue that aim. However, the following 15 years were “devoted primarily to ideological squabbles within the Party, to endeavours to keep members ‘on the line’ and to the search for some meaningful up-dating of that ‘line’”.

John’s father was a grocery shop owner and later a market gardener in the Adelaide Hills, who avidly followed world events and would “argue or discuss politics with all visitors”. The family regularly attended Rationalist Association lectures and discussion groups organised by the Left Book Club where communists were prominent. While the Party had been declared illegal, with leading members arrested, it continued to function, especially after the Nazi invasion of the Soviet Union in June 1941 led to its existing in the half-light of semi-illegality. In the autumn of 1942, the Sendy family joined the CPA en masse.  John was then 17 years old.

So began a life-long commitment to Party activities at various levels, including speaking tours in rural South Australia (SA), spending three years studying in revolutionary China, helping run a Eureka Youth League netball team, and playing a major role in two critical internal Party battles. Yet John was never a prominent public figure and was relatively unknown outside the Party. He acknowledged his qualities as an official lay in his reputation for “reliability, loyalty and steadiness,” rather than for any particular intellectual ability.

John enlisted in the RAAF in 1943 at the age of 18, but his parents refused to give permission for him to train for air-crew, so he became a service policeman and was posted to Melbourne. Joining a local Party branch, his political activity mostly revolved around literature distribution and educational programs. After demobilisation he returned to Adelaide, where he soon followed the Party’s call to go “to the factories”, joining the 5,000 strong workforce at General Motors (GMH). This was John’s first time working as a paid employee, and it was an eye opener. The grind of being “on the line” was marked, as was the conservatism of the dominant union, the Vehicle Builders.

His time at GMH ended with his selection to participate in a three-month national CPA school in Sydney. This was a prelude to appointment in May 1948 as a full-time Party functionary on the princely sum of £4 a week (the state basic wage was £5/6/-). A year later he became a country organiser, with responsibility for work in the industrial north of South Australia. The various towns in the area were strongly working class and Party members were frequently prominent in local life. In Whyalla the local branch had nearly 30 members and sold over 100 Tribunes every week, while in Port Augusta the branch ran a fortnightly dance, raising funds for local causes. John’s time was spent supporting members’ activism and seeking to build the Party’s presence.

His experience as country organiser helped frame John’s approach to future debates about Party strategy. He concluded that it was best to aim to be a small mass party rather than a large sect, with all the implications for internal Party culture and public positioning.

The late 1940s and early ‘50s were torrid times for the Party, due to escalating Cold War tensions. There was a real threat that the Party would be banned by the Menzies Government. John was recalled to Adelaide to help prepare for illegality – organising safe addresses for postal purposes, meeting places and, most difficult, for living quarters for underground functionaries. Alongside these preparations, public campaigning against the Menzies government’s plans was the priority, with regular factory gate and public meetings held.

John’s life then took a dramatic turn. Called to a meeting in Melbourne in 1951, he was offered the opportunity to study for two to three years in China. Accepting almost immediately, he was sworn to secrecy and soon after, along with about a dozen others, made the long journey via Europe and the Soviet Union to China. This study group, led by Eric Aarons, was one of five such groups which went to China in the 1950s. Most tours were shorter in duration – about six months – though there was another long-term group in 1955–56, led by Laurie Aarons. The participants in these groups provided much of the Party’s leadership in the 1960s and ‘70s. It is ironic that only one of the participants in two long-term China study tour groups left the CPA to join the pro-China breakaway Communist Party of Australia (Marxist-Leninist) in 1963, and none defected to the pro-Soviet Socialist Party in 1971. 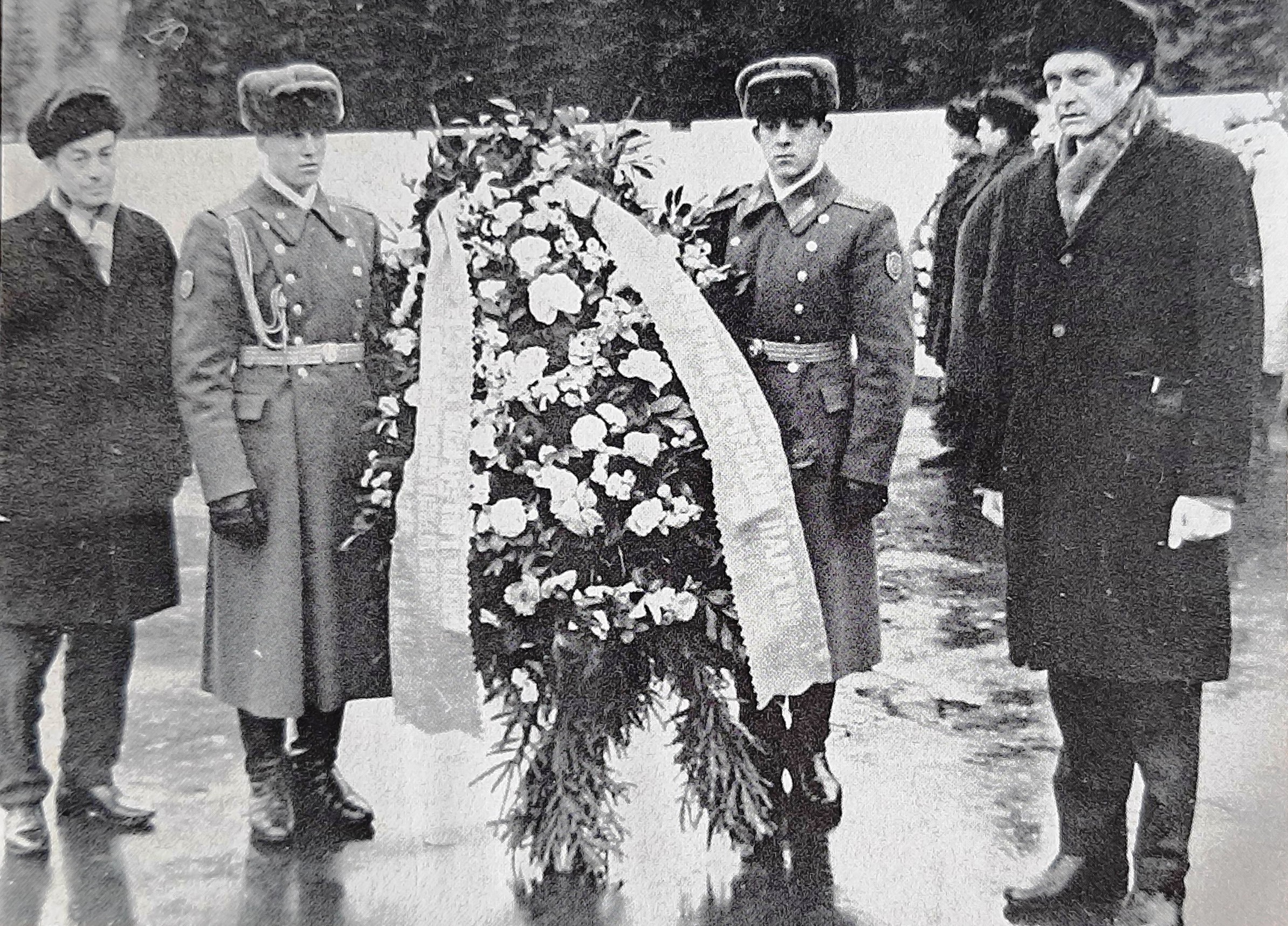 John returned to an Australia still gripped by the Cold War, though at least the unsuccessful referendum of September 1951 had ended attempts to ban the Party. He was given responsibility for the Party’s work in Port Adelaide. He derived “great pleasure and satisfaction” from his work with the Wharf branch. A highly active branch, the members had a strong presence in the union and in the broader community through their engagement with the local municipal council, eventually seeing one of their number elected to the council.

1956 saw the Hungarian uprising and Khrushchev’s ‘secret speech’ on Stalin’s crimes. The Party’s leadership clamped down on discussion of the speech and its implications, leading to the expulsion or resignation of many members. John supported this approach, fearing a “wholesale exodus” otherwise. He admits that this opinion “may not have been brilliant but elitist and bureaucratic though it was, it was held in good faith”.

The early 1960s saw increased internal Party disputation. John had been elected in 1958 to the Party’s Central Committee, and he had a box seat in the CPA’s positioning in the escalating differences between the Soviet Union and China. Eventually those differences led to what he describes as “fateful decisions” for both the Party and for John personally. For the Party it led to the loss of many key figures, especially in Victoria, as the pro-Chinese forces formed their new Party, while for John it meant a transfer to Melbourne. 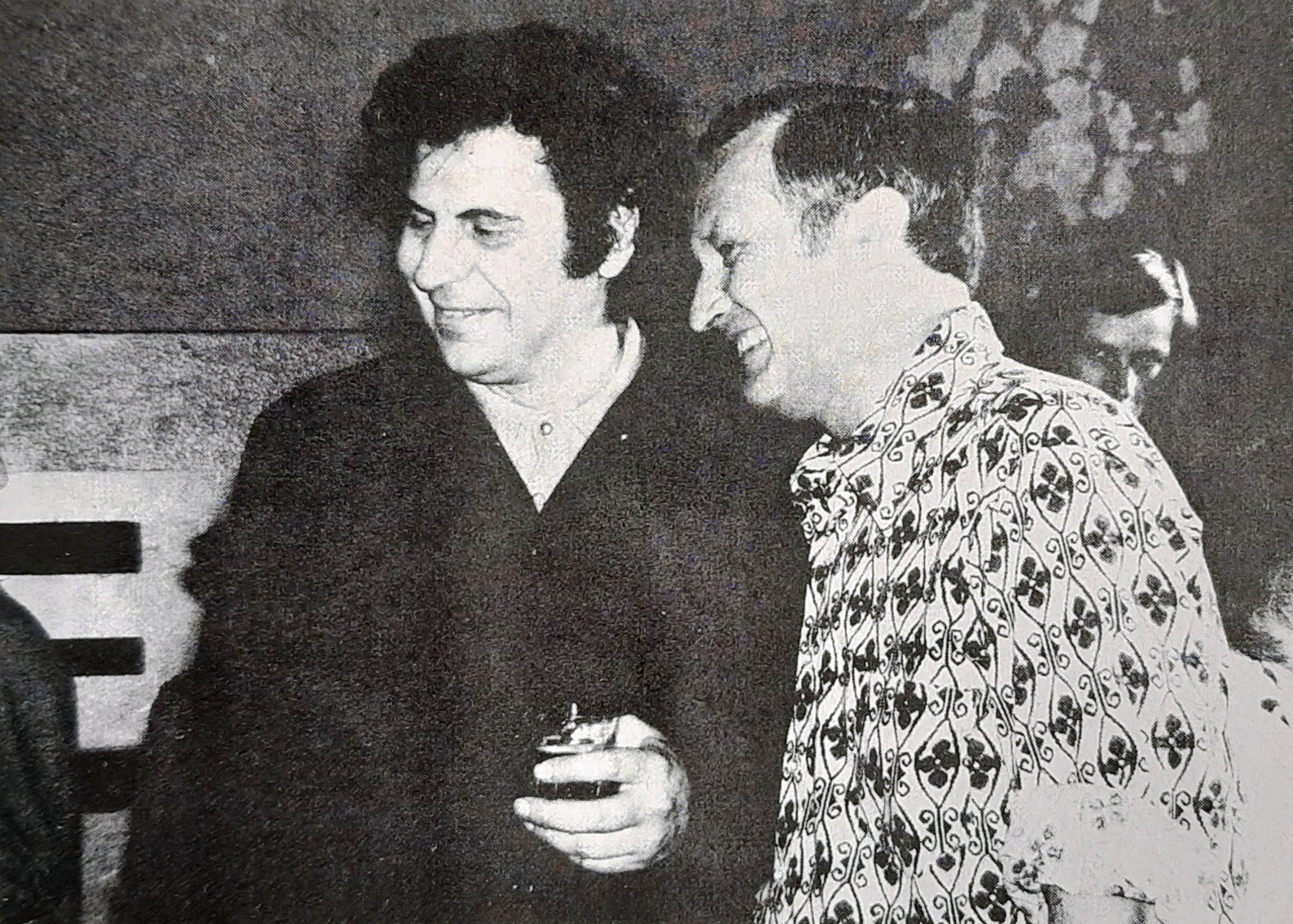 The Party leadership’s direction to move was unexpected and saddened John. He had strong family and personal ties to Adelaide and virtually all his Party work had been in SA. His wife, Dawn, was “upset”, but nevertheless reluctantly acquiesced.

It was a highly charged and stressful time as power and resources were wrested from the pro-Chinese forces led by former Victorian state secretary, Ted Hill. By April 1963 John was the Party’s state president and soon afterwards was elected to the Political Committee. The split in the Party, largely confined to Victoria, provided the opportunity for more open and dynamic ways of working, but also weakened the communist movement. In Victoria there was a “considerable wastage of membership”. In John’s view, the split provided lessons about how to handle differences within the Party, which he was to draw on following the Soviet invasion of Czechoslovakia.

Now part of the Party’s national leadership, John played an important role in shifting the CPA to a more independent position vis à vis the Soviet Union, and to a greater openness to other progressive forces in Australia, as well as changing the handling of internal debates and discussion. He believed that by early 1968, despite difficulties, there were “great possibilities for the CPA to move forward and grow”. Policies and attitudes were being revamped, internal Party discussion and debate was lively. And then came the Soviet invasion of Czechoslovakia.

The CPA quickly, strongly, and publicly opposed the invasion. But there was considerable internal opposition to this, and it ultimately led to another Party split, with the formation of the pro-Soviet Socialist Party of Australia. Together with Bernie Taft, John led ultimately unsuccessful attempts to focus on maintaining Party unity, trying to steer a course between those supportive of the Soviet actions and a national leadership increasingly critical of the Soviet Union. Both Bernie and John believed many of the latter group took an all-or-nothing approach.

Ultimately, the increasingly bitter disputes about the handling of differences, as well as discomfort with the Party’s strategic direction, took its toll. John stepped down from all Party positions and from full-time Party work in 1974. He explained his decision in a letter to his comrades on the National Executive, saying that “over a period I have been fighting a losing battle against loss of enthusiasm and confidence … In short, I am going through a serious political and ideological decline together with a personal crisis, i.e. about my future”.

John and Dawn Sendy moved to the Victorian countryside where he devoted himself to writing, horticulture and local community activities. He died on 4 August, 2004.

Andrew Hewett has worked in a variety of social movements in Australia and the UK including the nuclear disarmament movements in both countries. He worked for Oxfam Australia for nearly 22 years including over eleven years as Executive Director. More recently he completed a doctorate in international relations. He was a member of the CPA from 1974–1983.