Jean Devanny, born in New Zealand, went to Sydney in 1929 and soon joined the CPA. With her inspiring oratory and powerful writing, together with her activist and organisational skills, she rapidly became a significant part of the Party’s public face and presence. Her relationship with the Party would last her lifetime, but was chequered and encountered many vicissitudes.

Jean was born Jane Crook on 7 January, 1894 and grew up in Ferntown, a small community of mineworkers on the north coast of New Zealand’s South Island. Although she had to leave school at 13 to get a job, Jean always read widely, taking recommendations from the many peripatetic revolutionaries she encountered to guide her. She married at 17 to Hal, a miners’ union delegate. They hosted visiting socialist agitators, national and international, and were involved in the huge upsurge of class struggle from 1908 to 1913. Jean spent the 1920s in Wellington, associating with a number of those who would form the embryonic Communist Parties in Australia and New Zealand. Relocated to Sydney at the end of the decade, she and her family – Hal, Patricia and Karl – all joined the CPA. Jean soon became an important member, with one comrade describing her as “the perfect agitator in good causes”.

A radical activist all her life, Jean expressed revolutionary ideas through fiction, journalism and public oratory, and put them into practice through participation in strikes, struggles, campaigns and movements.

In Sydney, as a key organiser of Workers’ International Relief (WIR), Jean was chosen to go to its Eighth World Congress in Berlin in 1931, where she spoke on a platform with Klara Zetkin, the British suffragette Charlotte Despard, and other international women leaders. She then went to Moscow, where she met (with a recommendation from Bill Orr), Solomon Lozovsky, World General Secretary of the Red International of Labour Unions – and was reunited with her daughter, Patricia who, following her involvement in Party youth work, had also been selected for training in the communist heartlands. After visiting Leningrad and Soviet Central Asia, Jean stayed briefly in London with Communist Party of Great Britain members working in the Party bookshop, and went on to spend time with Katharine Susannah Prichard in Perth. 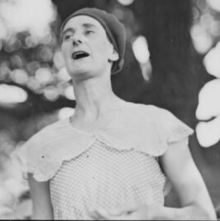 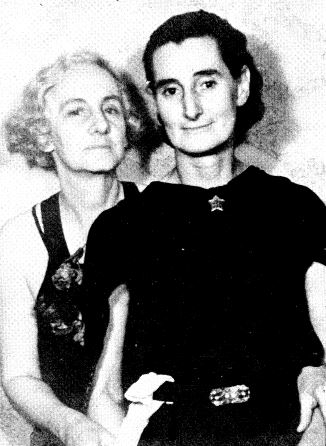 Soon after her return in January 1932, Jean began a liaison with the person always referred to in her writing as “Leader”, J. B. Miles, the general secretary, that lasted through the 1930s. Brought in to lead the Party’s shift away from its leaders of the 1920s who, Edna Ryan recalled, were “very proud of Kollontai”, Miles was nonetheless drawn to Jean.

As a charismatic figure on outdoor platforms that in those days required an exhausting projection of the voice, Jean attracted a big following from the rank and file, including the musician, Thomas A Ricketts. Around the time when Egon Kisch, having been placed in police immigration detention, jumped overboard from the ship bringing him to the Movement Against War and Fascism congress in Melbourne in November 1934, Ricketts wrote and composed a song, “Comrade Good and True” dedicated to Jean, “on the occasion of an epic event on 1/11/34”. It compared her to Luxemburg, “suffering as Red Rosa did/For the
workers’ cause.” Militant workers’ platforms, frequently held in parklands including the Sydney Domain, were repeatedly broken up by the police, who made many arrests – including of Jean more than once. Jean and Prichard accompanied Kisch at times, while he remained at liberty before being deported, and they formed a formidable trio of communist writers of ‘reportage’ (Kisch’s forte) and socialist realism.

While Jean was prized by the Party as an agitational speaker, Ryan said she was rarely taken seriously as a political thinker: “She was never regarded as a theoretician or accepted as one, she was accepted and very popular as a propagandist.” Jean was never in the inner circles that established the Party’s line, and not in tune with how the (increasingly Stalinised) CPA made and implemented decisions, or decided which Party officials should have their positions endorsed by the Central Committee (CC), no matter whether they could provide a convincing political explanation. Her 10-page, carefully-argued document against her removal from leading the WIR did not succeed, nor did her attempt to give a new direction to cultural ‘front’ groups such as the Workers’ Art Club in Melbourne. 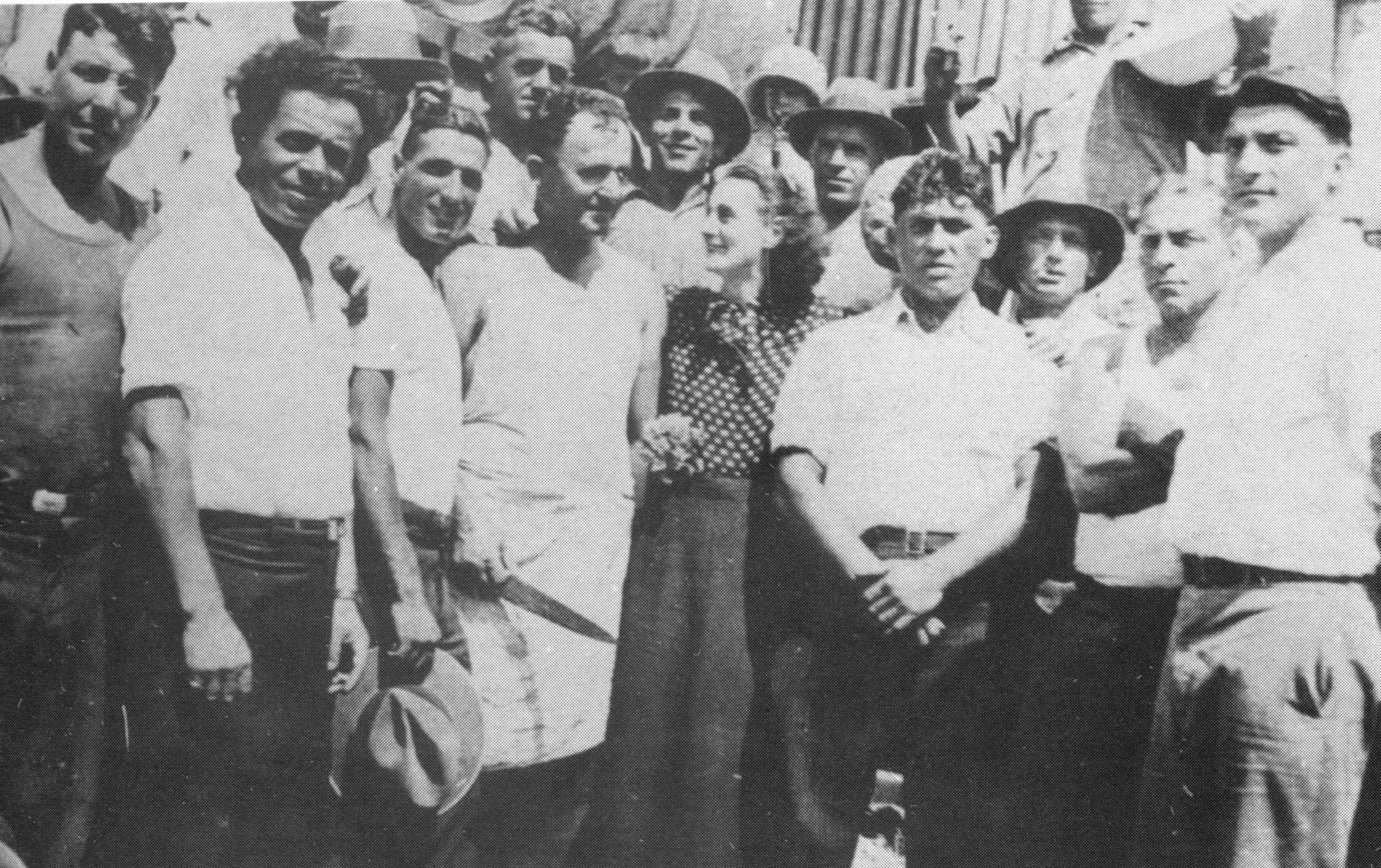 It was what happened to Jean, during the Party’s illegality in 1941, in the Emuford Party branch in Queensland, that provided a rude awakening for her regarding what the Party could not do about dominant double standards, however ‘backward’, with respect to sexual relationships. Party members in the tiny tin-mining settlement had been taking advantage of someone’s wife, and Jean was “struck down” by a punch in the face from one of them for raising this as a political question. Another night, three Party members approached her tent and sexually assaulted her, for “telling lies and making trouble”. Jean was undergoing menopause and was left with her clothes “saturated with blood”. She was taken by ambulance to hospital, where she stayed for some time to have surgery for “the removal of all my sex organs that were cluttered up with ten pounds of a malignant growth”.

After a while, Jean heard from someone on the Party committee in Cairns that she had been expelled; she wrote to the CC, but her confidential letter went astray. What the CC did receive were various other documents making lurid allegations about nude swimming and being observed having sex outdoors. What upset her most was the absence of any solidarity from two CC members – its most esteemed literary author, Prichard, and its “Leader”, both of whom had been close comrades for many years. In 1945 Wally Clayton from the CPA's Central Control Commission was sent to Cairns to tell Jean her expulsion had been cancelled, something that apparently had never been done before in the Party.

From 1926–1938, Jean’s novels were accepted by Duckworth (the London publisher of D. H. Lawrence); she was appreciated and admired by many writers in Australia, and formed close friendships. Miles Franklin, and the much younger Kay Brown, who knew Jean in her early days in Sydney, lacked sympathy for her commitment to the Party or, later, her anxieties about publishing an autobiography that might be used against the Party, but they were
stalwart correspondents. As a writer in the Party, Jean felt devalued compared with the (always respectable-looking) Prichard. Her claim that her 1936 novel Sugar Heaven, set in the north Queensland cane fields strike, was “the only true proletarian novel written in Australia” was partly a challenge to Prichard. In relation to Sugar Heaven, Jean reported that J. B. Miles “liked the political aspects of the book so much that, for once, he withheld criticism of my handling of the sex question”. It was published by the Party despite the angry disapproval of Jack Henry, the Queensland Party leader.

Jean had her own style of being a tribune of the people. Later 20th-century socialist women’s liberationists stressed connecting oppression and discrimination due to gender with that experienced by those of ‘other’ sexualities, races or ethnicities. This concern permeates

Jean’s fiction from the first novels she published in 1926: The Butcher Shop and Lenore Divine. Both have Maori characters empathically depicted as complex; equally so are the characters of European migrant backgrounds in Sugar Heaven (1936) and Paradise Flow (1938). The Virtuous Courtesan, one of the first Australian novels with openly lesbian characters, was published in 1935 – but in New York. (Like The Butcher Shop, the censors banned it from importation into the country where it was written). 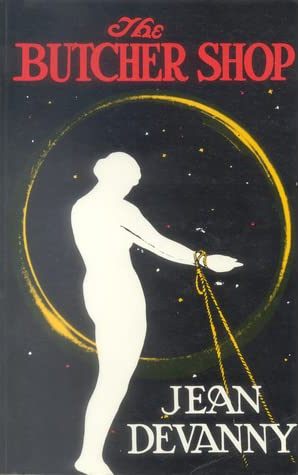 In the 1940s, Jean began to draw Australian Indigenous and South Sea Islander indentured worker characters having, or aspiring to, some agency. Of her planned trilogy of the sugar industry, only the first novel Cindie (1949) was published. Its review in the Party press was hostile, while the second, You Can’t Have Everything, was refused by the Australasian Book Society in the late 1950s, after years of arguments. Jean’s pearling industry novel about Macassan and Indigenous divers in the Torres Strait also remains unpublished, but she visited
Thursday Island in 1948 and wrote four articles for Tribune about its persistent post-colonial conditions. Living in Cairns during the war, Jean also became interested in the environment and the ecology of the Reef, and was the first woman to go down in a diving bell, built by Bruce Cummings, a friend of naturalist Hugo Flecker, with whom she had a close friendship.

In 1950 Jean, reconciled with Hal, moved to Townsville in north Queensland. They lived in a cottage in Castling Street, and she remained active as a Party member. The socialist journalist Frank Ryland’s view of Jean’s life was that, “At her best, I don’t think there’s been any woman in Australia who was as successful as she was against great odds.” Jack Beasley, the Party’s cultural critic, would later depict her as a stalwart character in his novel Widdershins.
She wrote to him in 1960: “There are only two kinds of Communists, Jack. Those who do the best they can and those who don’t do it. I am doing the best I can.”

Carole Ferrier got her first proper job at the University of Queensland in 1973, and somehow never left; fronting many patriarchal promotion committees to eventually retire, from teaching but not research, as an Emeritus Professor. She began work on Jean Devanny in 1975 and travelled to interview dozens of CPA members for Devanny’s biography, which was published in 1999.

Ferrier, C., Archive of tapes and transcripts of Interviews with CPA members 1983-198/CORR, and other related correspondence and research material. Donated to Fryer Library, University of Queensland, in 2019.