Thomas Mayor: Gurindji take the Uluru Statement to the voters

In this article, Torres Strait Islander man Thomas Mayor writes of an inspirational moment in his personal journey, and how he believes it is the obligation of the Parliamentary Joint Select Committee on Constitutional Recognition Relating to Aboriginal and Torres Strait Islander Peoples to break down the barriers to the success of the Uluru Statement and clear the way to the Indigenous self-determined path to ‘closing the gap’.

On Saturday 26 May 2018, 12 months on from the historic endorsement of the Uluru Statement from the Heart, large groups of people from all walks of life gathered in Prime Minister Turnbull’s federal electorate of Wentworth.

They joined Gurindji people who had travelled from Kalkaringi in the Northern Territory, Rob Roy, Jeremy Frith and Rosie Smiler, the grand-daughter of the great Gurindji leader, Vincent Lingiari, who in 1966 led the ‘Wave Hill Walk Off’ sparking the longest strike in Australian history.

In Wentworth, we gathered with purpose: we were there to respectfully inform voters that their chosen representative in the Australian parliament, Malcolm Turnbull, has demonstrated utter contempt for the Australian people’s hope for meaningful reconciliation. He dismissed the key proposal in the Uluru Statement from the Heart: a constitutionally enshrined First Nations Voice to the Australian Parliament.

The Prime Minister's excuses for the dismissal, his barriers to the reasonable, substantive and visionary proposals from the only First Nations national consensus on constitutional recognition, must be debunked.

The Barrier that does not exist– There is no Third Chamber

The first barrier, the assumption that the proposed First Nations Voice is a ‘Third Chamber’, is simply a figment of imagination, a mischievous and devious lie.

The Uluru proposal is for a First Nations Voice ‘to’ Parliament, not ‘in’ parliament. A representative body to be designed ‘by parliament’ and ‘with’ First Nations. The power is and continues to be with Parliament to design the voice ‘not’ as a third chamber and ‘without’ a right to veto.

The well-informed participants in the dialogues and at Uluru sensibly sought to take the step of guaranteeing a structured representative Voice that is accountable to First Nations people. A Voice that will allow First Nations input into government decisions made about us before they are made.

“With substantive constitutional change and structural reform, we believe this ancient sovereignty can shine through as a fuller expression of Australia’s nationhood.” – Uluru Statement from the Heart 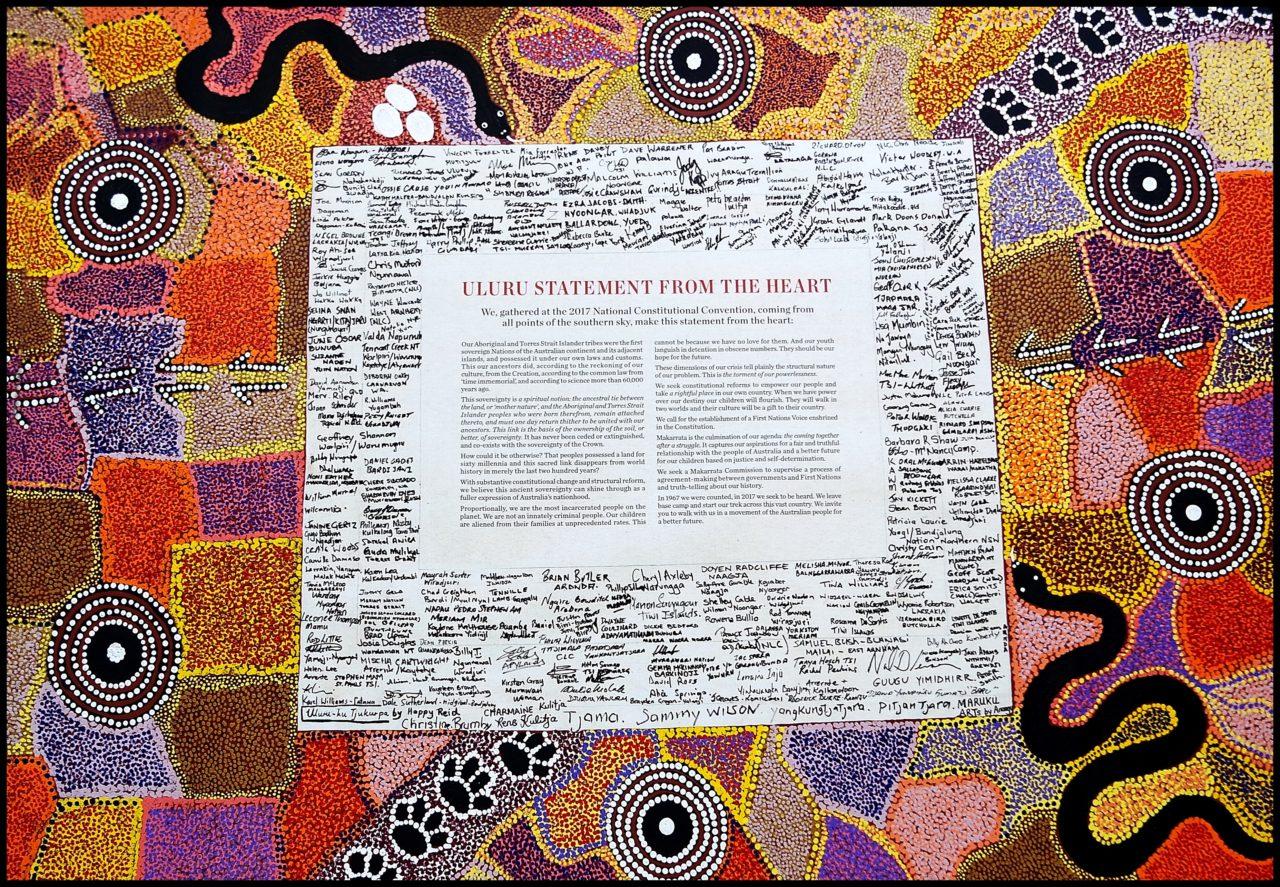 Proposal:Uluru Statement From the Heart

The Barrier of ignorance – A rightful place for First Nations

The second barrier was to argue that our people having a say in our own affairs would be contrary to Australia’s equal civic rights. This argument is insulting. First Nations people are the most unequal polity in the country. We have suffered violence, dispossession and discrimination for decades. The Constitution has allowed this.

A constitutional guarantee that our voices will be heard in the future will go some way to correcting the absence in the constitution of the First Nations who were dispossessed by the falsity of Terra Nullus. Our constitution is all about representation as a means of empowering distinct groups of citizens. The states are the former colonies. The colonialists in negotiating the birth of Australia ignored the First Nations who have survived dispossession and genocide.

Our democracy will be completed when it recognises and includes the voices of the oldest continuing culture in the world.

This barrier is easily broken down.

“We seek constitutional reforms to empower our people and take a rightful place in our own country. When we have power over our destiny our children will flourish. They will walk in two worlds and their culture will be a gift to their country.” – Uluru Statement from the Heart

The Barrier of political will - The Australian People vs Malcolm

The third barrier that Malcolm Turnbull has constructed contradicts his purported democratic values. He has claimed that the Australian people will not support the call for a Voice to parliament, though he has never asked.

The participants in the dialogues predicted that parliamentarians would reject anything more than symbolism. This is why the Uluru Statement is written to the Australian people, not politicians.

I have travelled for 12 months with barely a break. In my travels I have spoken with thousands of people and gained their signatures of support on additional canvas. These additional canvases will add to the status of the Uluru Statement as a national treasure.

From my experience, I am certain that the Australian people will support the Uluru Statement. We collectively voted for marriage equality. Three polls have indicated that the people's positive sentiment toward a First Nations Voice - without the Prime Minister’s support, and without a well-resourced campaign.

“In 1967 we were counted, in 2017 we seek to be heard. We leave base camp and start our trek across this vast country. We invite you to walk with us in a movement of the Australian people for a better future.” – Uluru Statement from the Heart

The Australia People vs. The PM: Malcolm Turnbull (above)

A Movement of the Australian People – Starting in Wentworth

I was apprehensive about the action we organised in Wentworth, Malcolm Turnbull’s backyard. It’s a wealthy area, the wealthiest electorate per capita. But the community action in Wentworth was a success. Hundreds of attendees and bystanders signed pledges of support and mobilised into the community to door-knock and leaflet.

The highlight though, occurred several days after the action. Rosie Smiler, Vincent Lingiari’s daughter, called me from Kalkaringi. Rosie doesn’t say much, she is quietly spoken, and English is far from her first language. I cannot describe the passion and the pride that was in Rosie’s voice, other than to say that the moment brought tears to my eyes. Her inspiration is my inspiration.

Rosie and I agreed we will do it all again. We will not give up on breaking down the final barrier to substantive constitutional recognition - the absence of the political will in Canberra. 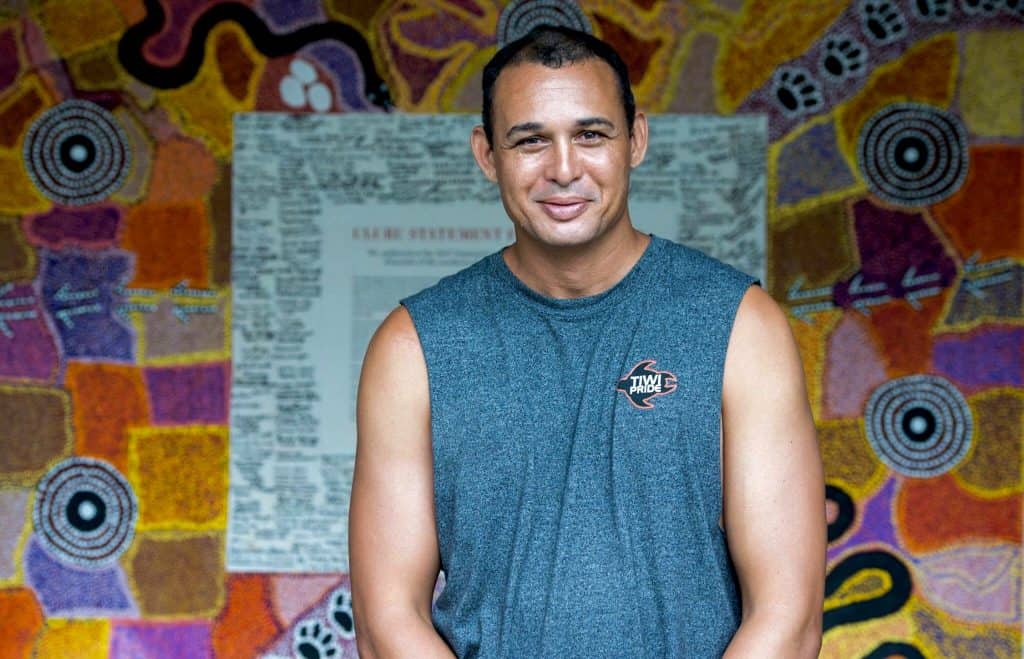