Gambler, risk taker and activist, Frank Hardy was a raconteur extraordinaire who could talk the leg off a table if you gave him half a chance. He won the Australian yarn spinning contest against ‘Tall Tale’ Tex Tyrell by telling 22 tall tales, but he was also a prolific writer of short stories and novels. Constantly in the media and public eye, he was perhaps the closest thing the CPA had to a publicist and celebrity.

The son of a milk factory worker, Hardy was born on 21 March 1917 in Southern Cross, Victoria. Tom Hardy, his father, was renowned for yarn-spinning and would blend fact and fiction to make up stories about real people. Frank would also make use of this style.

In 1938 Hardy relocated to Melbourne from Bacchus Marsh with the idea of becoming a commercial artist. He at first found work as a cartoonist for the Radio Times, then as an advertising manager and salesman with the Cavalcade Radio company. Here, he met Rosslyn Phyllis Couper, a stenographer, whom he married on 27 May 1940. Later that year he joined the CPA, after it had been declared illegal by the Menzies government. In 1942, World War II intervened in his life and he was mobilised in the Citizen Military Forces, finally being transferred to the Australian Imperial Forces in May 1943. He was then posted to the Northern Territory. Encouraged by Sergeant Frank Ryland, a journalist, he began to write seriously and in October became editor of his army unit’s newsletter, the Troppo Tribune. Returning to Melbourne, in October 1944 he was assigned as an artist to the Army Education Service journal, Salt. 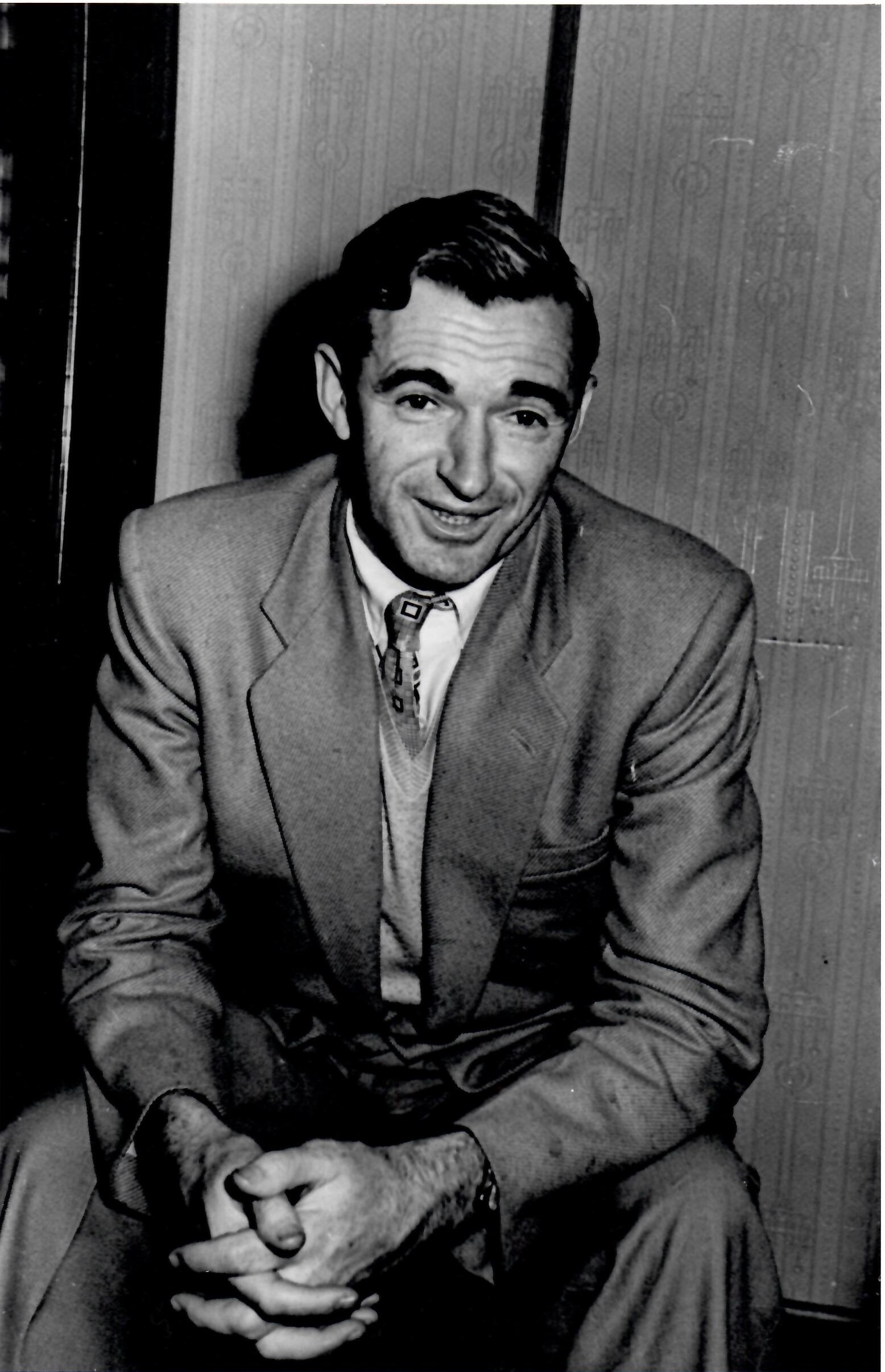 By 1945 Hardy had become a member of the CPA’s Realist Writers’ Group and was discussing literature with other communist authors from whom he learnt much of his craft. He began publishing under the pseudonym ‘Ross Franklyn,’ a blend of his and his wife’s given names. That year he won short story competitions for “A Stranger in the Camp” (entered on his behalf by Ryland) and for “The Man from Clinkapella”. At the suggestion of CPA leader, Ralph Gibson, he began work on a book in the exposé style of the American writer, Upton Sinclair.

The book would lay bare the corrupt dealings of the prominent Melbourne racing tycoon, John Wren, and his links to the Catholic right in the Labor Party. Power Without Glory (1950) would arguably become Hardy’s most significant work. To collect information for the book, Hardy adopted a false identity, ‘diving’ deep into the Collingwood and Richmond underworld. He befriended Labor racketeers and racing identities opposed to Wren’s attempts to take over trotting. He received substantial help in researching the novel from his wife, and from fellow communists, Deidre Cable and Les Barnes. Vic Little, an employee of the CPA’s federal press, and Les Barnes would also help Hardy print the novel’s first edition. So incendiary was the book that it had to be published in secret. Trusted Party members, pensioners, trade unionists and other volunteers collated and folded by hand each 32-page section of the ten thousand copies of the 672-page novel. When it was published it was an overnight sensation, the first edition selling out in a month. 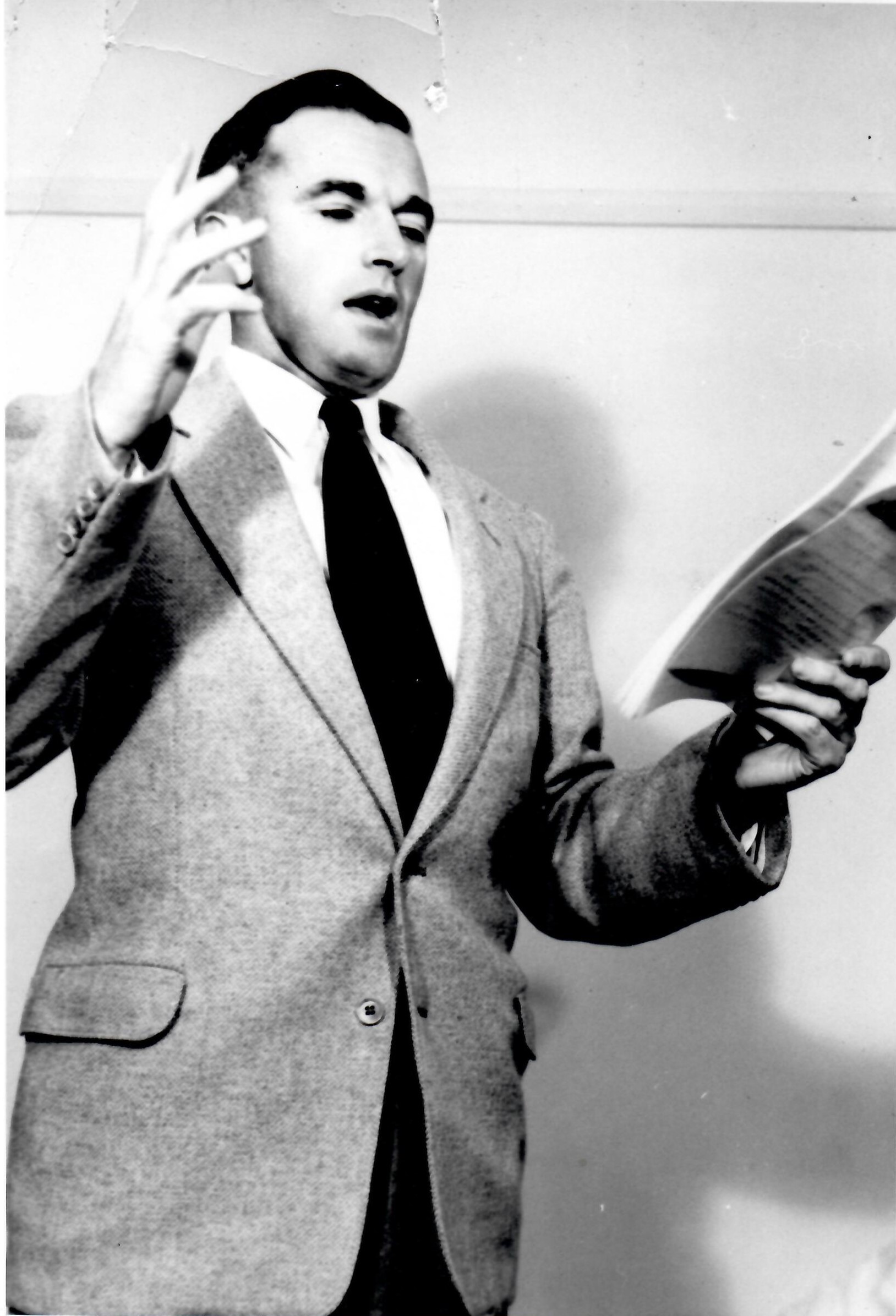 Power without Glory would become the subject of one of the most famous libel cases in Australian history. Soon after publication, Hardy was sued for criminal libel by John Wren because Hardy had depicted a character based on Wren’s wife Ellen Wren (Nellie West) having an affair with a bricklayer – even though this story was a minor portion of the book, with the much larger portion devoted to the shocking allegations of John West’s corruption of the political process and his business associates. Under the charge of criminal libel, truth was not a defence and the prosecution could seek imprisonment without limits. The charge took on a distinctly political character when the Victorian government decided the book was so “salacious and defamatory” that it would take over the prosecution of Hardy.

Hardy was arrested soon after and a Frank Hardy defence committee was formed at a public meeting with the support of fellow writers, Clem Christesen, Alan Marshall, Brian Fitzpatrick, Eric Lambert and John Morrison. The committee adopted a three-point program: firstly, to raise sufficient money for a legal defence; secondly, to explain the issues involved in criminal libel, particularly the threat to freedom of expression and literary creation; and thirdly, through explanation of these issues and agitation about them, to have the charge withdrawn.

Hardy crossed the country, speaking in Victoria and NSW. In less than eight months, the committee had held over 220 functions, had sent out 3000 written appeals for money and distributed more than 30,000 leaflets, while also providing regular reports to the daily press and trade union journals. The campaign soon became a cause célèbre and culminated with Hardy’s appearance before Justice Martin and the Supreme Court. On 18 June 1951, Hardy was found not guilty based on the jury’s ruling that Ellen Wren was not the same person as the fictional character Nellie West depicted in the novel. 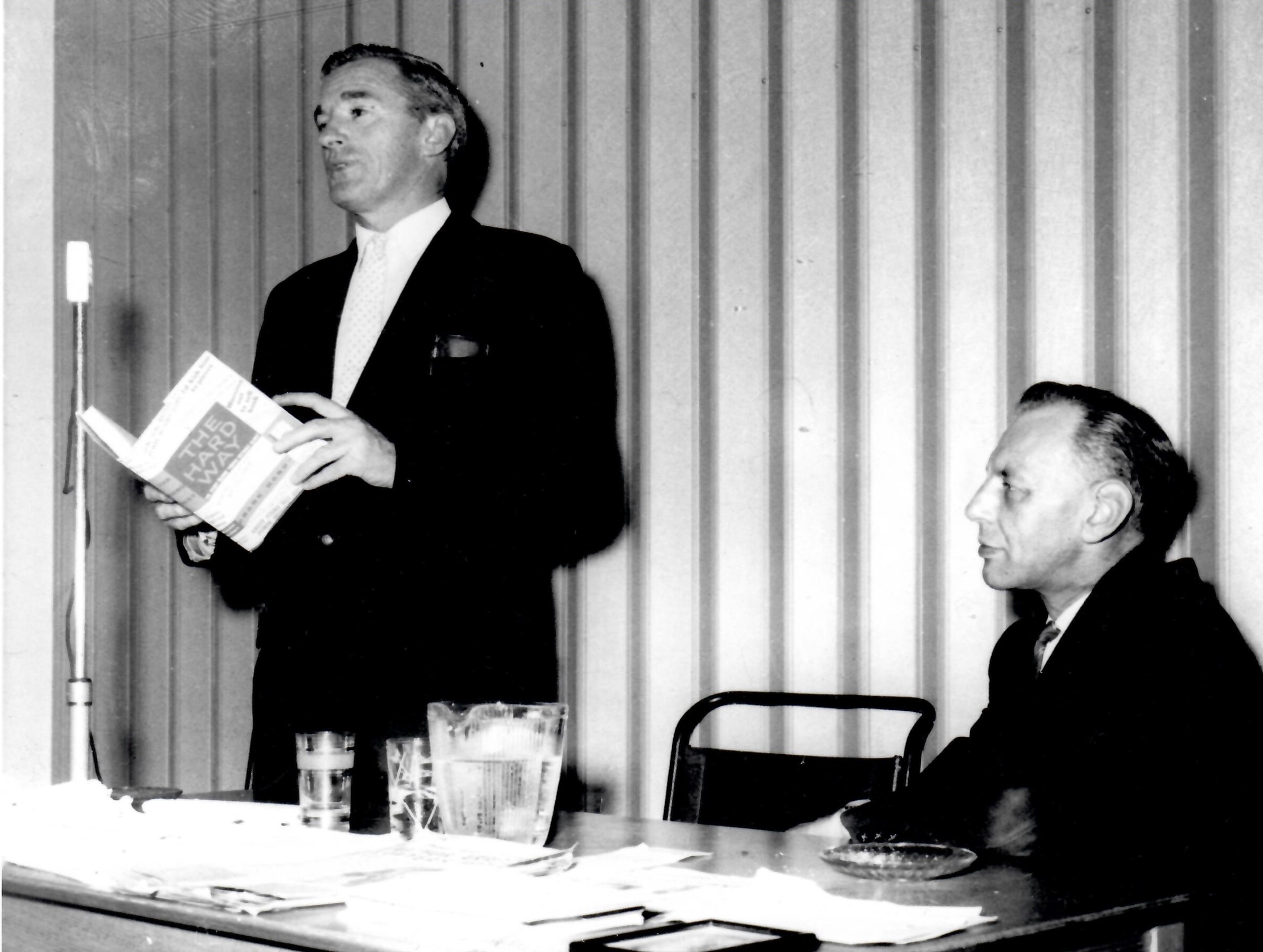 Frank Hardy reading from But the Dead Are Many

The immediate outcome of the book and its underground production was that it established new methods of publication for Australian novels. Following on from Power without Glory, the Australasian Book Society was established by Party members to “encourage mass participation in and responsibility for the publication of Australian literature”. The Society established 38 factory groups, enrolled over 3000 members, and would go on to publish 85 new Australian titles at a time when anything Australian was difficult to publish.

Despite Hardy’s celebrity status after the Power Without Glory case, he began to borrow heavily and had trouble earning an income. Bills piled up and attempts to gamble his way out of his debts only aggravated his woes. As Cold War hysteria against communism eased, Hardy at last again began to find paid work as a writer. In the 1960s, despite objections from the Australian Security Intelligence Organisation (ASIO) — which believed there were secret messages in his writing — Hardy was employed by the Australian Broadcasting Commission to craft scripts for The Yarns of Billy Borker television series. During the 1970s he was a regular panel member on the ABC TV series Would You Believe, and an advisor for the 13-part television adaptation of Power Without Glory screened in 1976. He was finally awarded a fellowship by the NSW government’s advisory committee on cultural grants in 1969, but received no support from the Commonwealth Literary Fund until 1972 because of ASIO’s continuing security concerns.

In 1966 Hardy began a new project which, like Power without Glory, would lead to a significant public campaign. Travelling to Darwin, short of money and suffering from writer’s block, he heard about a walk-off by Aboriginal stockmen at Wave Hill station to protest their poor conditions and wages. After the walk-off, he visited the Gurindji camp at Wattie Creek and spoke with elders. He drafted a letter from them to federal parliament in October and in the years that followed played a key role — as chief publicist and president of the Save the Gurindji committee — in mustering support. Among those he lobbied was the federal opposition leader, Gough Whitlam, who later acknowledged Hardy as a “staunch fighter for human rights”. He also met the ophthalmologist Fred Hollows, whom he encouraged to visit Wave Hill and treat eye diseases amongst community members. They developed a lifelong friendship. The result of the experience would lead to a new book called The Unlucky Australians, which depicted the Aboriginal fight for equal wages, the Gurindji walk-off from Wave Hill in August 1966, and a struggle that evolved into a ground-breaking land-rights claim.

After an acclaimed life as a public activist and writer, Hardy died on 28 January 1994 at his North Carlton home with a racing form guide beside him. He had remained a Party member until it dissolved in 1991. Before his cremation, a public funeral was held at the Collingwood Town Hall. A thousand-strong crowd listened to eulogists, including Gough Whitlam and two Gurindji elders, and watched his coffin — draped with the Aboriginal and Eureka flags — being borne out, while the Trades Hall choir sang the Internationale.

Dr Paul Adams is an honorary fellow at Victoria University. He met Frank Hardy at an unemployed demonstration in the 1980s and then wrote several books and articles about him.

Lloyd Bradford (Brad) Syke commented on FRANK HARDY 2021-10-23 15:18:56 +1100
Brilliant, Paul. Only, I think you’ll find Frank was born in in Southern Cross, Victoria.
Christopher Haviland commented on FRANK HARDY 2021-01-29 11:09:01 +1100
Power Without Glory was the most compelling and fascinating book I have ever read. I didn’t get to read it until the late 1990’s, and read it again, all 672 pages, a couple of years later. For a work of fiction, once you figured out his MO, it was uncannily informative about Victorian political and social history. “Jackson St, Carringbush” indeed! I wish there was someone who could write a similar book about some of the notorious characters we’ve had in Sydney. Chris Haviland