Frances Bishop began her working life at 14 on her brother’s dairy farm. She joined the CPA in 1944. She worked as a tireless foot soldier for the Union of Australian Women (UAW) in Townsville and also served as Secretary.

Frances Edna Bishop (Fan) was born in Brisbane on 20 November, 1918 and lived with her farming family on a five-acre block in Holland Park until she got married at 18 years of age.

Her parents were conservative politically, though her mother was from a Labor Party background. Her mother’s parents had come out from Ireland and had a farm at Peak Crossing outside Ipswich. Frances’ mother “left school to help her father when she was 14, she said, ‘Like a fool!’”

Frances’ father campaigned for the Liberal Party in 1932 when Moore stood for Premier of Queensland against Forgan Smith. At school “the nuns were telling us the [Forgan Smith] Government was going to produce free slates and free things for the convents”. ‘Don't starve, eat Moore!’ was one of the Labor Party slogans. Frances was one of the few Tory supporters amongst the Labor Party kids. “We drew cartoons and put them in one another’s port.”

If her parents had known about this mudslinging, they would not have approved. “They never downed others. We were told not to say anything about people. I can remember taking clothes and things to some of our neighbours, but we weren't allowed to do it until dark, when nobody else saw us. That was Mum's idea. They were quite good families that finished up on the other side of the fence.” 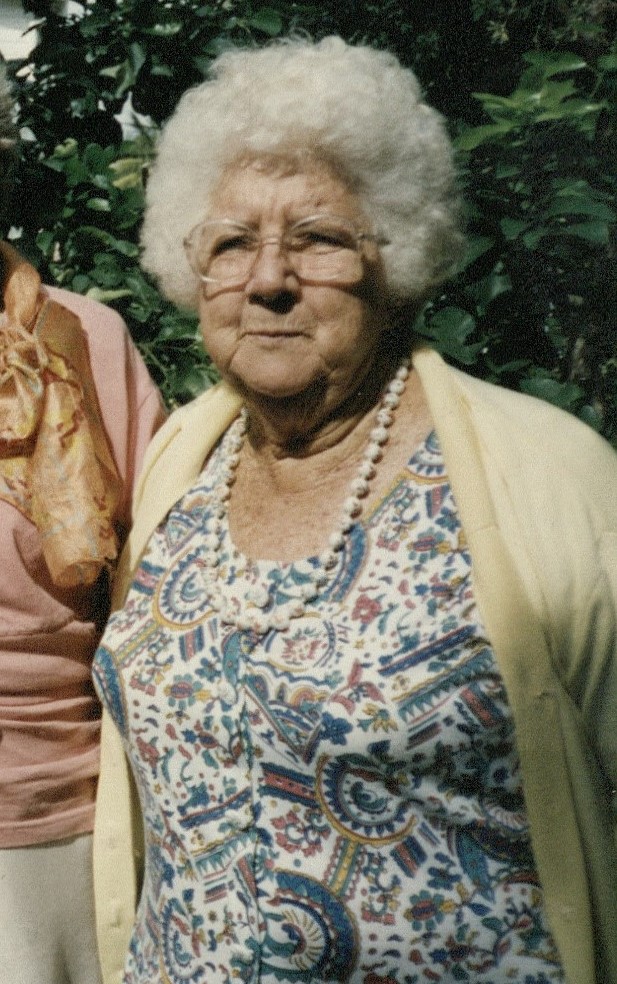 Unlike her older sisters, Frances left school at 14 and went to work for her brother “like a mug, minding cows and milking cows!” In 1937 she married Frank Bishop from a neighbouring dairy farm. During World War II Frank worked in a protected industry while Frances looked after their children.

In 1944 Frances joined the Communist Party because “they appeared to be working for the good of people and the working-class. And they were working for peace, that's the main thing. I wanted to see my kids reared. I didn't want to see gun fodder again.”

When Menzies tried to introduce the Communist Party Dissolution Bill, Frances spoke against it on street corners and put up anti-Bill posters, which were illegal.

You had the wind up but you did them just the same and went for your life. We got stood up one night by a group of six young fellows, another woman and I. We would have got a hiding but the pictures came out, the Hollywood Pictures, and they dived down and let us go. So when some people I knew from up our way came along, I walked off with them. We went our merry way home, then.

In 1954 Frank Bishop became CPA Secretary in the Townsville area, covering Cairns, Mt Isa and Mackay, so Frances and the family moved to Townsville. “He was away a fair bit, but we managed.”

Frances and her children did not meet any anti-Communist sentiment in Townsville.

It was a real working-class area, South Townsville. The principal of the school called all the teachers together when our kids started and he told [them] our kids were to be treated like everybody else. There was no sorting out.

In the early 1950s Frances became involved in the newly set up Union of Australian Women (UAW).

Women weren’t getting a really fair go at that time. Women were just drudges, just for childbearing and housework. You weren’t supposed to think when you were out. Although we might have thought for ourselves at home, we might have been chided for it, but (with the UAW) we were allowed to think for ourselves.

Frances did “a lot of foot-slogging” work for the UAW, selling the Journal around the suburbs at least one day a week, advocating petitions for peace and making cakes for stalls, all while rearing her six children. “We stayed up at night until 11 or 12 sewing or whatever you were doing. Once you got involved, you didn’t think of it. I often wonder how I did it now.”

In her role as the UAW Secretary in Townsville, Frances was a delegate at conferences in Brisbane, including a big send-off at City Hall for Eva Bacon and Alice Hughes to the 1960 International Conference of Women in Copenhagen, and in Melbourne and Canberra.

It was a wonderful feeling because it really gave you a boost to go home and do a bit more, because you saw there were lots of other people with the same mind and working for the same causes as you.

The UAW was involved in campaigns for equal pay, childcare and abortion but, for Frances, the peace issue was the most important.

I don’t know how many petitions we carried around working for peace, especially
when the French were dumping their bombs out here and the dust come in over the Atherton Tableland. In our area there were two women had children born with deformities.

Frances didn’t expect to get any recognition for her work, but thought there were many older activists, whose stories should have been recorded. Women like Flo Milburn and Betty Clason.

They really did the spadework. Flo Milburn was only a little thing, about five stone, but she was a real fighter. Betty Clason was pushed out of school-teaching because she fought for peace. She was one of the first peace activists.

In her later years Frances believed there was still a lot more work to be done for peace, for workers and for women’s rights but that young people seemed to have lost heart in politics. 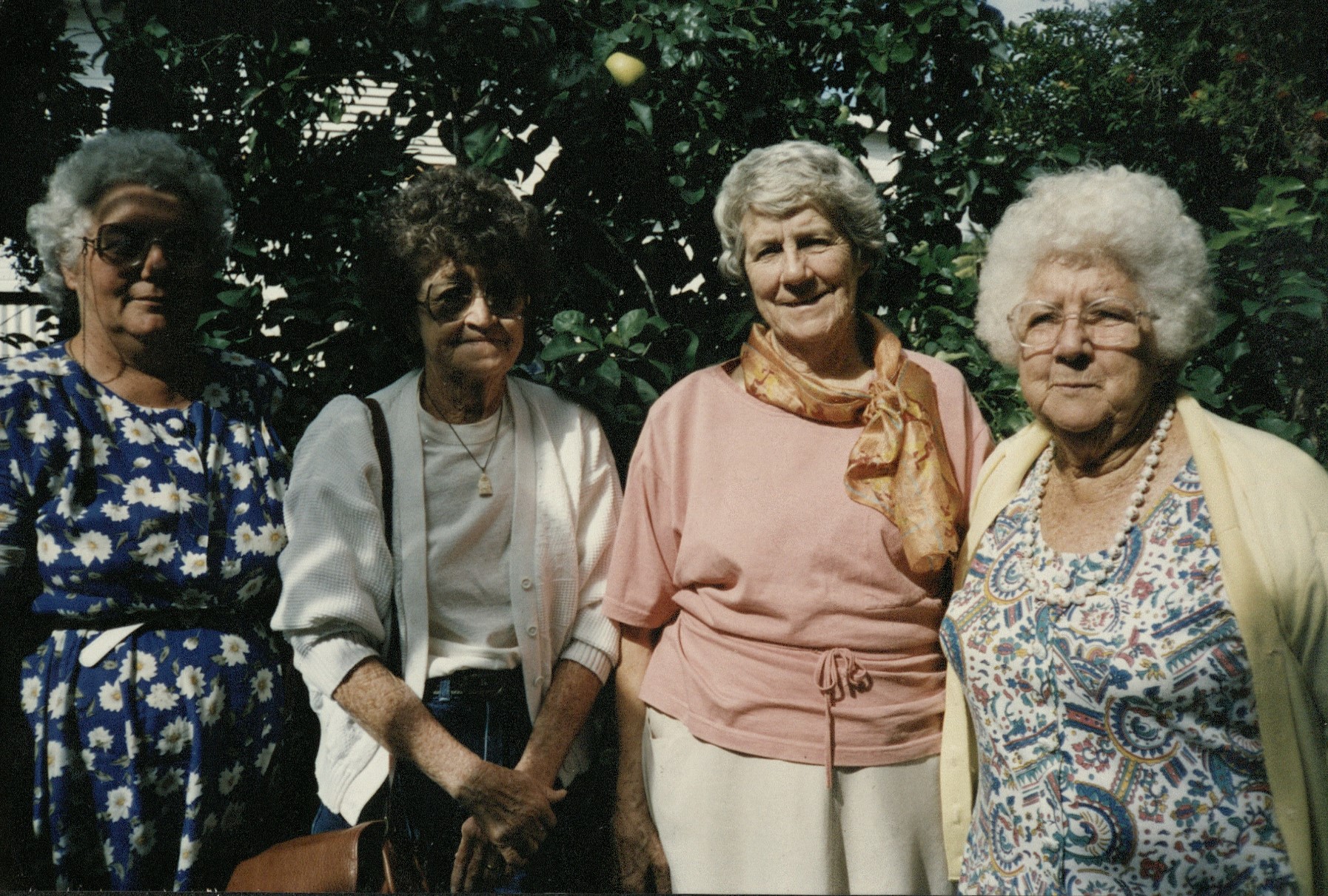 They’re tired of all the fighting and all this rot that’s come out of politics and people dipping their hands in everybody else’s thing. It shocks me to hear some of the money that’s been rorted. But we were reared to stand up for ourselves as kids, not to give cheek, but to stand up for yourself and I think it stood me in good stead ever since.

Therese Collie is an actor, writer and director with a long-term commitment to developing and presenting imaginative work that fosters a sense of community. In the early 1990s, Therese conducted interviews for the oral history project, From Lunchroom to Boardroom:Women in the Labour Movement 1930-1970.

Frances Bishop, interview with Therese Collie, Brisbane, 12 December 1991 [audio files and transcript] in From lunchroom to boardroom: records of oral history project, Women in the Labor movement,1930-1970 / hosted by the Trades and Labor Council of Queensland Women's Equal Opportunity Committee and the Public Sector Union, Queensland (held in the Fryer Library, University of Queensland).

About the Communist biographies Project and Comrades!