SEARCH members in Melbourne, together with the New International Book Shop, organised a recent successful event to hear a spirited talk by Dr Harry Glasbeek on his new book, Capitalism: A Crime Story, attended by about fifty people on a cold winter’s night.

We filled a meeting room in the historic Victorian Trades Hall on the evening of Tuesday 22nd May, where, accompanied by good food and drinks and a passionate speech, this excellent little book was well and truly launched.

Harry spoke about how the legal system that punishes people for crimes of coercion and the deprivation of liberty, those things that are at the heart of liberal values, fail to apply to the activities of corporate capitalism, whose assumed virtue and imputed general benefit to the community do not stand up to scrutiny.

He asserted that the very nature of the “work-for-wages” contract is one of coercion. It is patently false, Harry says, to assert that workers enter voluntarily into employment contracts. They have no real choice about whether to sell their labour power. They have not agreed as equal parties to the contract, but we pretend that they have.

When the people who control and benefit from capitalist activities break the rules, when they exceed the permits limiting their right to do harm, there is a “regulatory breach”. When they have hurt, killed, maimed, polluted and cheated, the consequence is not jail, but an “enforceable undertaking”. Harry maintains that the system is cohesively criminal in nature, and that it can be argued that those who break permits are actually committing crimes, and should go to jail. 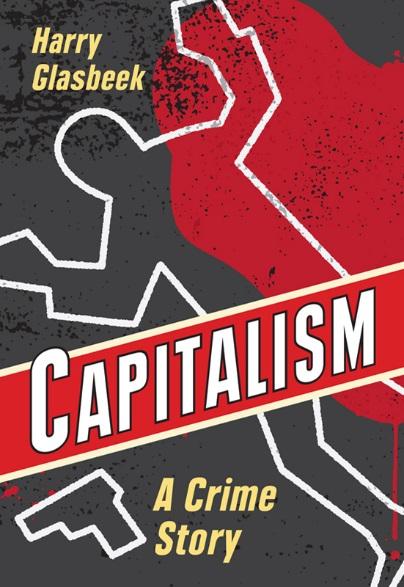 An intelligent question and answer session followed the talk. Copies of the book and its predecessor Class Privilege: How law shelters shareholders and coddles capitalism are available from the New International Bookshop, online or in person.