One of Australia’s most productive and provocative writers, acclaimed as a poet, playwright, novelist and memoirist, Dorothy Hewett was a member of the CPA for 24 years.

Born on 23 May, 1923 into a prosperous rural family with land holdings and goods stores, Dorothy Hewett grew up on a farm in the Western Australian wheatbelt. An aspiring writer from a young age, she wrote poetry and plays for publication, attended Perth’s Ladies College and matriculated during World War II to begin an Arts degree at the University of Western Australia. 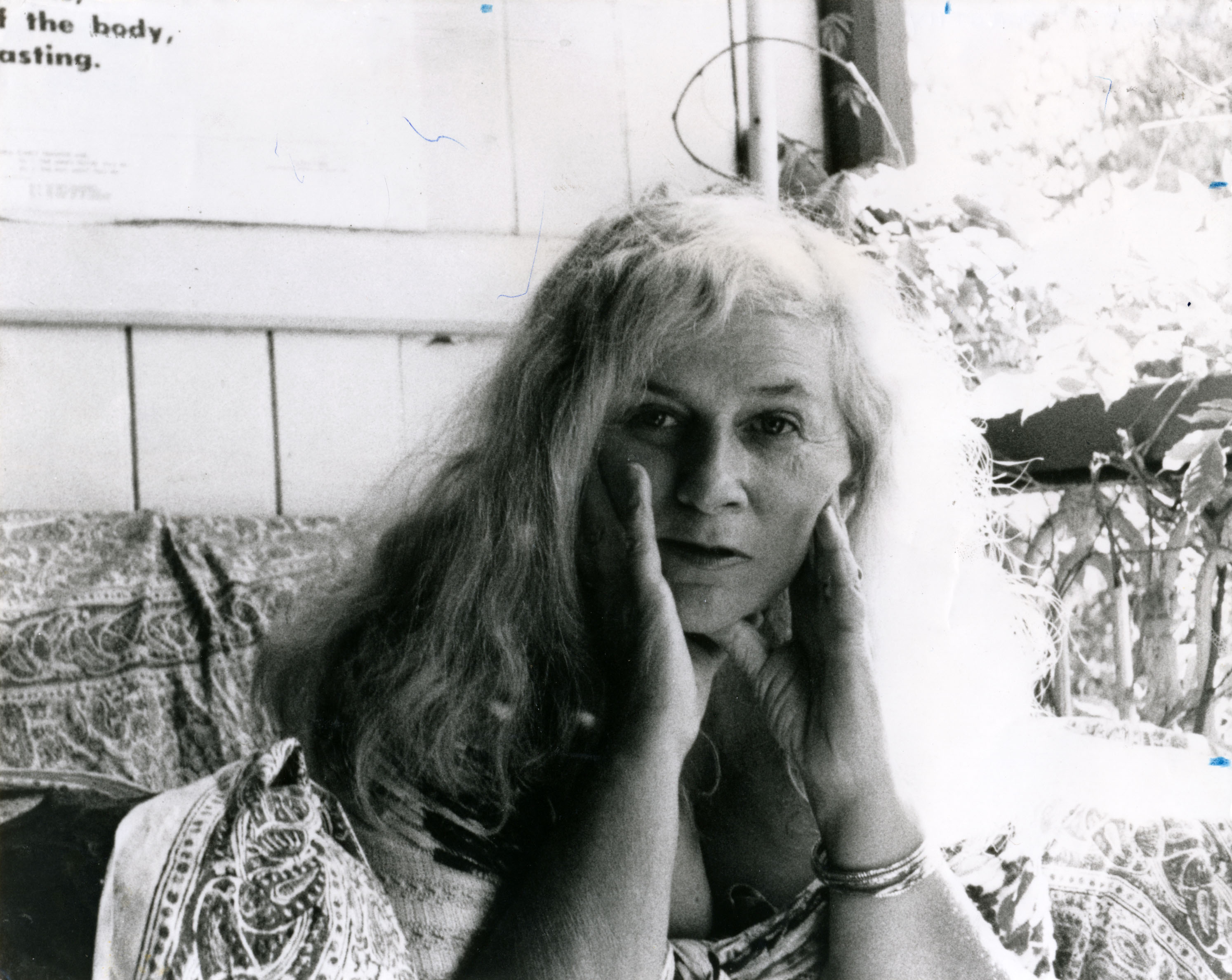 Sometime between Hitler’s invasion of the Soviet Union in June 1941 and the lifting of the wartime ban on the CPA at the end of 1942, Hewett went to her first Party branch meeting in Perth. CPA membership boomed nationally and university friends were members, but with WA under threat from the Japanese, it was “not a good time for dissenters and troublemakers”, as historian Geoffrey Bolton records, and she lasted in the Party only a few months.

In mid-1945, with the war ending, Hewett attempted suicide, married a communist and decided to re-join the CPA – all within a month. The narrative she sustained was that she needed an explanatory structure or model to live within, without another way forward as a young woman writer. International communism was perhaps at its most compelling, with Stalin’s troops victorious and existing political systems in exhausted disarray. In May 1945, Stalin featured on the cover of the Australian Women’s Weekly and, by the 25th anniversary of the CPA in October, General Secretary J. B. Miles could celebrate a membership of 20,000 people, the Party’s all-time high.

Hewett herself recalled the excitement:

Extremely utopian and convinced that it would be socialism in three years, is what we believed. This was after the war, when there was a lot of idealism, change, young people felt as if it was their job to change the world, and they would change it. This was the best chance.

She took a badly paid job as a journalist for the Party’s WA newspaper, the Workers’ Star, and launched herself with her husband, lawyer Lloyd Davies, into Party life in Perth. There were branch meetings, educational seminars, public talks and rallies, conferences, radio talks, fund raising events, art shows, play readings, dances, socials, balls, picnics, and bridge evenings. Given a new name by comrades, most of “Toddy” Davies’ activity in the early years of her membership was writing. She was a pivotal figure in the Workers’ Star’s galvanising reporting on the 1946 Pilbara strike by Aboriginal pastoral workers, visiting the Port Hedland camp and penning “Clancy and Dooley and Don McLeod”, perhaps her best-known protest poem and a stirring call to struggle. Her journalism sought to further the cause of equal pay for women, as post-war reconstruction weakened pay and conditions across feminised sectors of the economy, and she campaigned against rising prices under runaway inflation.

By 1949, with the Cold War heating up and public sentiment turning against communists, Hewett was feeling trapped at home in outer Perth with a young son. In the middle of the year, she left Davies and her son for a firebrand Sydney boilermaker and communist, Les Flood, and moved to Sydney. There, for the next nine years as a comrade in the tough inner-city branches, living in Redfern, Darlinghurst, Rosebery and Rockdale, she pursued Party work of many kinds, including campaigning strongly against the federal government’s 1951 attempt to outlaw the CPA. The Party found her a job as a textile worker in one of the most notorious spinning mills in Sydney, the Alexandria Mills, working a 40-hour week for £8, where she sought to share the life of some of Sydney’s most exploited workers.

Tragically, her son Clancy died of leukemia in 1950, soon after the birth of her first son with Flood. In 1952 she and Les Flood were part of an official delegation to a conference on the rights of the child held in Vienna, from where they travelled to the Soviet Union and then on to Mao’s New China, in one of the first groups of Australians to be hosted there. Back in Sydney, she was involved in the early years of the Union of Australian Women and was the first national editor of its journal, Our Women, in 1953, before giving birth to her third child.

Her visit to the Soviet Union led to her being named, with their travelling companions, as a person of interest by the Moscow Centre, in documents supplied by Vladimir Petrov to ASIO after his notorious defection in 1954. She was called before the Royal Commission into Espionage, even though both Vladimir and Evdokia Petrov had testified that no contact had been made with Hewett or her companions. Fronting court eight-months pregnant with her fourth child, her aim was to ridicule the proceedings, as public sentiment shifted, while ASIO refrained from producing the protected Venona files as evidence of the local Canberra spy ring.

With three small children, no money and a violent spouse with a diagnosis of paranoid schizophrenia, the late 1950s were difficult years for Hewett. But in 1957, disillusioned with the Party after the Khrushchev revelations, she found a job writing advertising copy. With support from the newly reformed Sydney Realist Writers’ Group, she had an impetus to write more fiction and poetry. In 1958, she submitted a novel for the Mary Gilmore Award, a prize sponsored by the Sydney and Newcastle Trades Halls. Bobbin Up, set in a spinning mill, won second prize and was published by the Australasian Book Society (ABS). It sold out in weeks and remains perhaps Australia’s warmest and most successful socialist realist novel.

Having left Les Flood and returned to WA, Hewett married working-class poet, communist and seaman, Merv Lilley, and had two more children. Bobbin Up was translated into German, Hungarian, Bulgarian, Czech and Russian, and her short stories and poetry found readerships in the West as well as Eastern Europe. In Perth she re-established herself as a communist focussed on cultural work, supporting folk music, the Realist Writers’ and the ABS, and travelled to a writers’ conference in East Germany in 1965, and then to the Soviet Union for a second time. 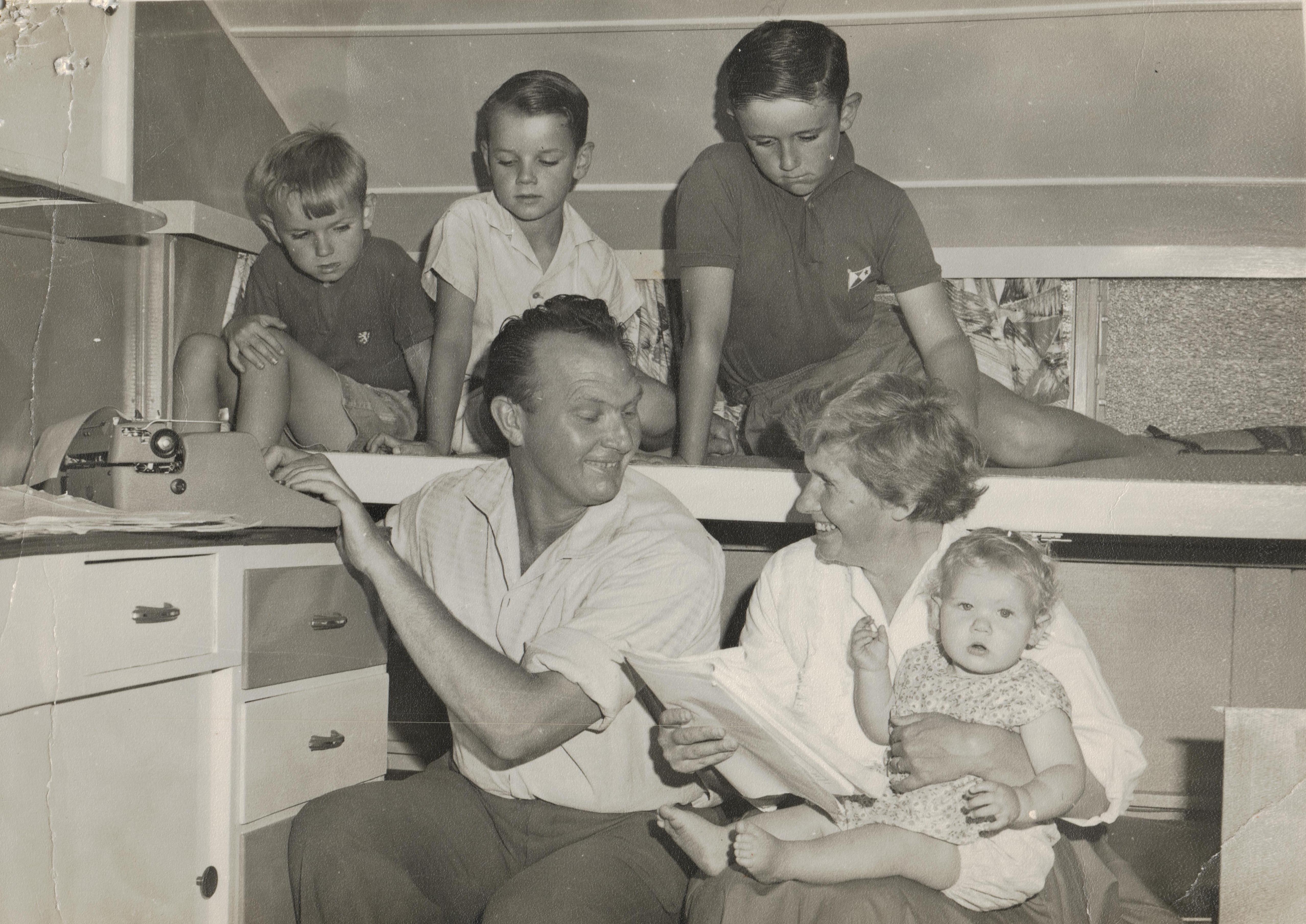 Some doubts and disillusion date from that trip. She continued a reflective correspondence with German Democratic Republic dissident and novelist Stefan Heym while he was black-banned in East Germany, and worked up a petition protesting the Soviet persecution of writers Yuli Daniel and Andrei Sinyavsky that caused high-level tensions in the CPA. This was while she helped campaign against the Vietnam War and continued her work for equal pay for women, as second wave feminism began to develop. As ASIO recorded, she remained a “very active” communist right up until her resignation, brought on finally by the Soviet-led invasion of Czechoslovakia in 1968. By then she had forged the beginnings of a renewed career as a poet and dramatist, which would see her gain national and international recognition through the 1970s, ‘80s and ‘90s.

Having moved back to Sydney in 1973, Hewett was prodigiously productive through the 1970s, with theatre productions on an almost yearly basis in most Australian states, and major poetry collections. In 1976, her former husband Lloyd Davies launched successful libel action over a poem called “Uninvited Guest”, which Hewett’s lawyers advised was not defendable, and broadened his charges to establish a ban on productions or publication of two of her plays in Western Australia. This remains one of the most extraordinary of Australia’s few literary defamation cases, with protests across Australia and the poem read into the South Australian parliamentary record. 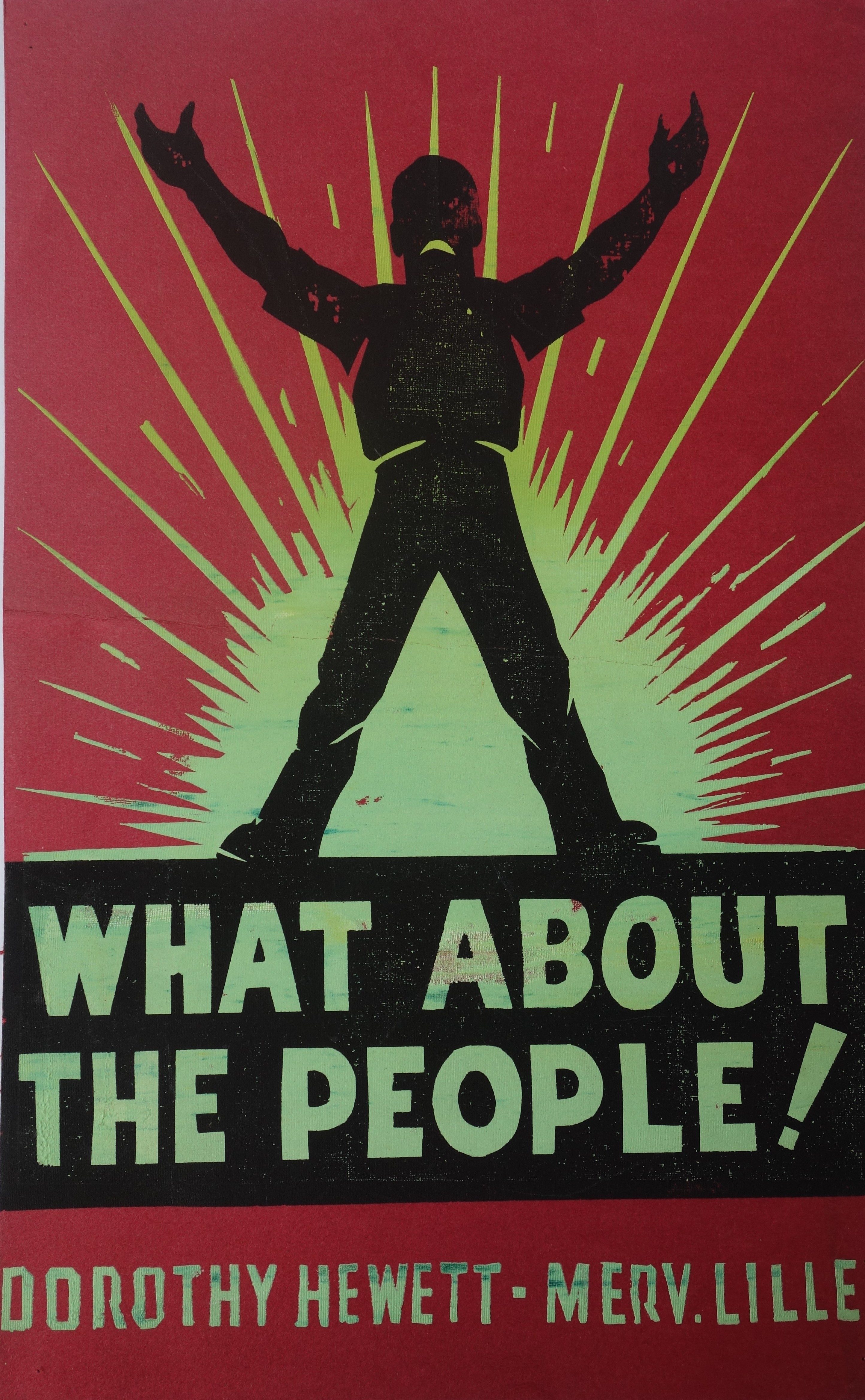 Cover of poetry collection 'What About the People!'1962 (Courtesy of Nicole Moore)

In Sydney, the Lilley household welcomed some of Australia’s most recognised poets, artists, film makers, actors and directors, in an atmosphere of literary bohemia and sexual liberation. In this atmosphere, however, as under-age teenagers, Hewett’s daughters Kate and Rozanna Lilley were subjected to unwanted and non-consensual sexual relationships that should be characterised as abuse. In books of their own released in 2018, they named four of the perpetrators, now dead, and emphasised their parents’ knowledge and even sanction of these experiences. This has prompted some significant reassessment of Hewett’s legacy and contribution, particularly her feminist work of the 1970s and ‘80s, even as Kate and Rozanna Lilley emphasise the complexity of the situation and their abiding love for their mother. 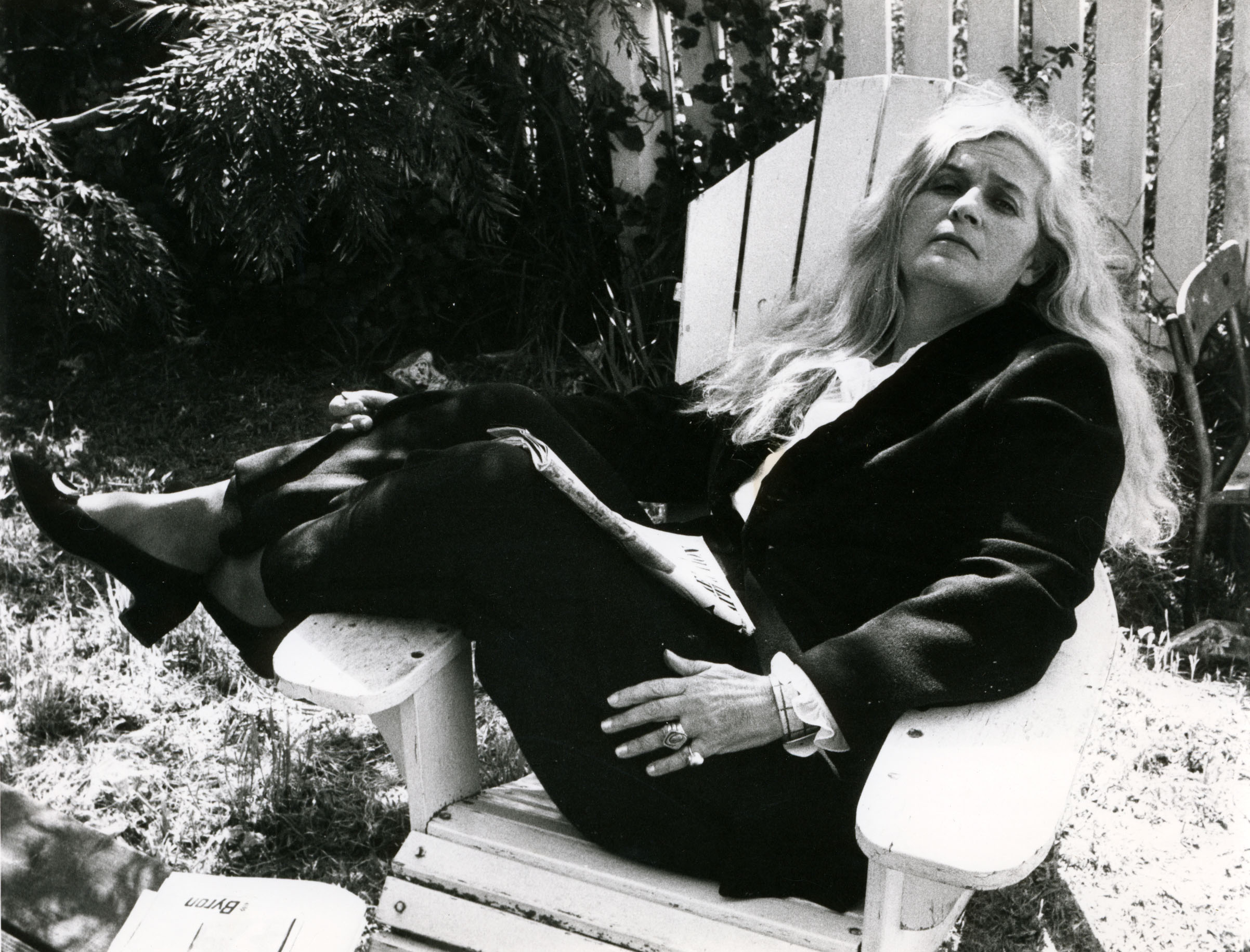 After publishing Wild Card, her prize-winning memoir of the first half of her life, in 1990, Hewett produced two novels and a number of finely realised poetry collections through the last decade of her life, but struggled to get new theatre work onto the stage. She died of breast cancer on 25 August, 2002. Her major plays have continued to be performed and studied, and her work remains part of a diverse Australian literary canon.

Nicole Moore is Professor of English and Media Studies at the University of New South Wales in Canberra and is completing a biography of Dorothy Hewett.

About the Communist biographies project

This bio is one of over 150 written for the  Communist Biographies Project run by the SEARCH Foundation as part of our celebrations for the 2020 Centenary of the founding of the CPA. 100 bios, 50 each of men and women, are available only in the book Comrades! Lives of Australian Communists which you can buy online here https://nibs.org.au/comrades-book from our partners at the New International Bookshop in Melbourne. There is only a limited print run of the book, so order now before they sell out! A further 50 bios are being progresively published on the SEARCH website.