Bill Whiley was secretary of the NSW South Coast Miners’ branch of the CPA and in 1982, when unemployment in the Illawarra had hit 20 percent, was at the head of hundreds of miners and steelworkers who stormed the doors of Canberra’s Parliament House. He was also a passionate early environmentalist.

Bill Whiley was born in 1927 at Millthorpe near Orange in Western NSW. His mother was a schoolteacher and his father a farmer and then a railway worker. In 1947 in Broken Hill Bill started as a shunter on the railways working throughout Western NSW.

In 1950, Bill got a job in the mines in Broken Hill and joined the CPA because he was “fed up” with the Labor Party and its support for the jailing of the Miners’ Federation leadership in the 1949 coal strike.

Bill quickly became active on the job and represented his union on the Barrier Industrial Council (BIC), the region’s long-established and once-powerful peak union body that still owns The Barrier Daily Truth. The politics of the BIC were dominated by two fiercely competing ALP right-wing factions, and Bill and the remaining communist and socialist delegates had to do some fancy footwork to get any of their policies passed. Bill was also elected to the Broken Hill City Council as a CPA candidate. At the height of the Cold War in 1955, he crossed the Iron Curtain to visit Eastern Europe, the Soviet Union and China.

In 1975 Bill moved to Wombarra in northern Illawarra to work as a coalminer at Coalcliff colliery. He was soon active in the Coalcliff Lodge of the Miners Federation, and according to local legend, the manager who hired him was sacked for doing so. Bill became secretary of the CPA’s South Coast Miners’ Branch and represented it on the South Coast District Committee. He was elected Coalcliff Lodge president and then to the Southern District Board of Management of the Miners’ Federation, where he provided wise counsel and a strong commitment to direct action.

Bill was at the head of hundreds of miners and steelworkers who stormed Parliament House in Canberra in October 1982 when unemployment hit 20 percent in the Illawarra. Economic recession and technological change were ravaging the steel, manufacturing and coal industries and the waterfront. Two thousand mainly steelworkers and coalminers packed into two trains supplied by the ALP state government, and left Wollongong for Canberra. There they joined bus- and car-loads of supporters from other places and marched to Parliament
House chanting “We want jobs”.

Angered that Prime Minister Malcolm Fraser had refused to meet with their delegation, the marchers swept past the police, broke through a flimsy barricade and charged up the steps to Parliament House. Bill was one of the first to the doors, and remembered:

The spirit was building up. We felt strength in our numbers when we turned a corner and got Parliament House in our sight, it started to liven up. We got to the flimsy iron barricades that had been put up 100 yards from the steps and you could see the coppers guarding the doors.

We wanted to get in there and buttonhole every politician we could find and let them know how we felt. We felt it was our right and our Parliament but here they were stopping us from going in.

We all came up to the barricades and stopped for not very long. Then all of a sudden somebody just knocked a barricade over. Joyce Critcher, a Party member from the Miners Women’s Auxiliary had been giving out whistles. When about 500 of us went for the steps she started blowing her whistle, calling everyone on. When we got to the top we started to try to get through. It wasn’t till we got a rhythm in our push that we managed to get through. It started with Sluggo Walker when he yelled out “Heave!” It was then we started to heave together. There were hundreds behind us chanting, “We want jobs”.

After the marchers had occupied the foyer for about for about 30 minutes, they were advised that the Prime Minister had changed his mind and would now meet a union delegation. They left the building. 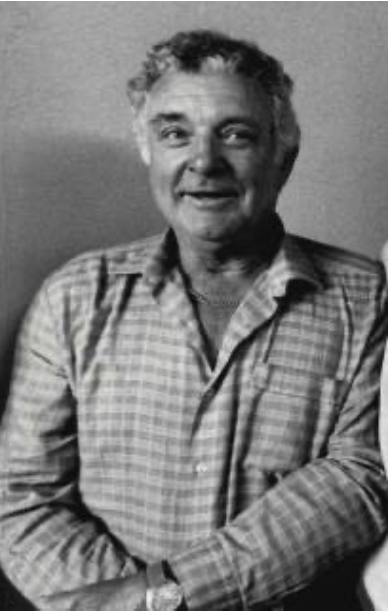 Bill’s battered ute was a common sight in Wollongong’s northern suburbs, and brought a smile to the lips when it pulled up at a rally or picket line carrying useful supplies. He was an inveterate recycler, and a fair bit of the material used to construct the Dharawal Tent Embassy at Sandon Point in 2000 had come from Coalcliff Colliery via his backyard. A few months after its establishment and with its co-operation, the Northern Illawarra Residents Action Group set up a South Coast Labor Council-endorsed picket line, the community picket, nearby. Bill was very active on the 24 hours a day picket fighting to stop residential development that would subsume an ancient burial ground and destroy a fragile ecosystem. After five years the Sydney Morning Herald claimed it to be the longest running continuous picket line in the world.

Bill was a long-standing member of the Broken Hill Field Naturalists’ Society and an early and passionate advocate on conservation issues. In 1988 he stood third on an Independent Green ticket for the NSW Upper House with communist union leader and environmentalist, Jack Mundey. He joined the Greens in the Cunningham by-election campaign in October 2002 that elected Michael Organ as the first Green in Federal Parliament. Bill said that this result and the growth of the Greens throughout the country gave him hope, especially given
the increasing power of the conservative forces.

In 2004, the South Coast Labour Council made Bill a Life Member in recognition of his long service to the union movement and to the community. Bill died that year, aged 76, as a result of asbestos-related mesothelioma, survived by his three children, Gregor, Andrew and Lyn. Speaking in Federal Parliament, his friend and the Greens Member for Cunningham, Michael Organ, said: “Bill’s philosophy could best be summed up in the words: ‘If you don’t fight, you lose.’ Bill was an inspiration - an outstanding trade unionist and community activist.”

Dr Mike Donaldson joined the CPA in Wollongong in 1978 and was the South Coast District President for most of the 1980s. For many years he was the Head of the Sociology Department at the University of Wollongong and is a life member of the South Coast Labour Council and the National Tertiary Education Union.

This biography is one of the 150 written for the Communist Biographies Project. 100 Biographies are available in print only in the new book Comrades! Lives of Australian Communists available here from the New International Bookshop.