Art? Art history? Bourgeois affectations, surely, for those on the Left. Or maybe not. Consider this: the greatest art historian in modern Australia, Bernard Smith, was a Marxist and a member of the CPA from 1940 to 1951.

How did this come to be? Art has its own rules and aesthetics. But it also works as information, and as history. Art and politics frequently intersect, whatever else the rules of art suggest. Bernard Smith understood that what was considered art in Australia would also tell its stories of colonialism and empire. The British brought with them not only guns and bibles, but also ways of seeing and thinking which would form those who followed, their hopes and their fears.

Bernard Smith was born on 3 October, 1916, in Balmain, a bastard at a time when that mattered. He was made to feel marginal, yet loved by the families and especially the women who raised him as a ward of the state. He was to become one of the most important Australian intellectuals of the 20th century. Confronted by what he and many others saw as the big choice, between communism and reaction, he chose communism.

Bernard was radicalised by the experience of the 1930s – the Spanish Civil War, Picasso, Guernica. He studied at the University of Sydney from 1935 and worked as a rural schoolteacher until 1944. He joined the CPA via its Teachers’ Branch in 1940, and was active in promoting public events and journals like Australian New Writing.

From 1944 he worked at the Art Gallery of NSW. In 1948 he took his big trip out. Focusing on the UK, he studied at the Courtauld Institute, after Anthony Blunt had dismissed his interest in writing on Australian art: “no such thing”. The trip included travel to Eastern Europe, which experience saw him lapse from the CPA on return. So he was an anti-Nazi communist in these years, but always remained a Marxist in his thinking. In 1952 he took up doctoral studies at the new Australian National University in Canberra, studying alongside Russel Ward, and opening the door to a brilliant academic career. He taught at Melbourne University’s School of Fine Arts from 1955–67, at the University of Sydney from 1967–77, then back to Melbourne for early retirement: this was when he hoped to finally to get some work done.

Throughout his life he wrote many major works: the first history of white Australian painting, Place, Taste and Tradition (1945), and the standard reference that followed in 1962, Australian Painting 1788-2000; the magnum opus, which was globally influential – European Vision and the South Pacific (1960); Imagining the Pacific in the Wake of the Cook Voyages (1993); four illustrated volumes on the art of the Cook voyages, the controversial Antipodean Manifesto in 1960, and two splendid volumes of radical autobiography, The Boy Adeodatus (1984) and Pavane for Another Time (2002), as well as a biography of Noel Counihan and books on global art, modernism and postmodernism, The Formalesque (2007), among many others.

What were his greatest achievements? Alongside his books, he is remembered especially for the following. In the 1940s, he initiated and delivered travelling exhibitions, taking the works of Counihan, William Dobell, Margaret Preston and others to Wagga, Newcastle, Gosford, Goulburn, Lithgow, Bathurst, Orange, Wellington, Mudgee and Dubbo, with more to follow. He did everything except nail up the crates. Into the 1970s he established the Power Institute at the University of Sydney. It was to become a powerhouse. In 1980 he delivered the pioneering Boyer Lectures on The Spectre of Truganini. His proudest moment was in 1991 when, having sold some significant artworks for the purpose, he founded RAKA, the Ruth Adeney Koori Award in memory of his wife, Kate Challis (earlier known as Ruth Adeney), and dedicated it to the support and development of Aboriginal art forms in five categories of art, performance and writing; ‘Raka’ is Pintupi for five. The line from his Boyer Lectures was continuous.

Bernard liked to say that he was a cultural historian with a particular interest in the visual. His interest in art ran from the popular, as in arts and crafts, and especially sculpture, to the iconic. He reviewed art shows, including the work of children, for the Melbourne Age. He worked with Clement Greenberg, Ernst Gombrich and Christo. He was both global and local.

The argument I came to run, which he approved, was that it remained important to see ourselves as antipodean, one foot here, one foot there, elsewhere in the empire, on the understanding that the antipodes was a relation, rather than a place. This meant that while all art and culture were mediated by imperialism, or unequal exchange, they were also engaged in cultural traffic. He despised nationalism, which he saw as toxic, and wanted to see culture in movement rather than as a problem of possession or power alone.

Bernard was also, for two moments in his life, a painter; and though he was proud of this work, surrealist in the 1940s, popular democratic in the 1980s, he also understood that his legacy would be not be in images but in words. This did not prevent him from throwing himself into the world of deeds, when duty called. Bernard was active in the opposition to freeway frenzy in Glebe, and to the invasion of the Exhibition Gardens in Carlton by the phallic cantilever of the new museum. Here aesthetics and politics came together – it didn’t fit the space around it for, following Ruskin and William Morris, the space is as important as the building. 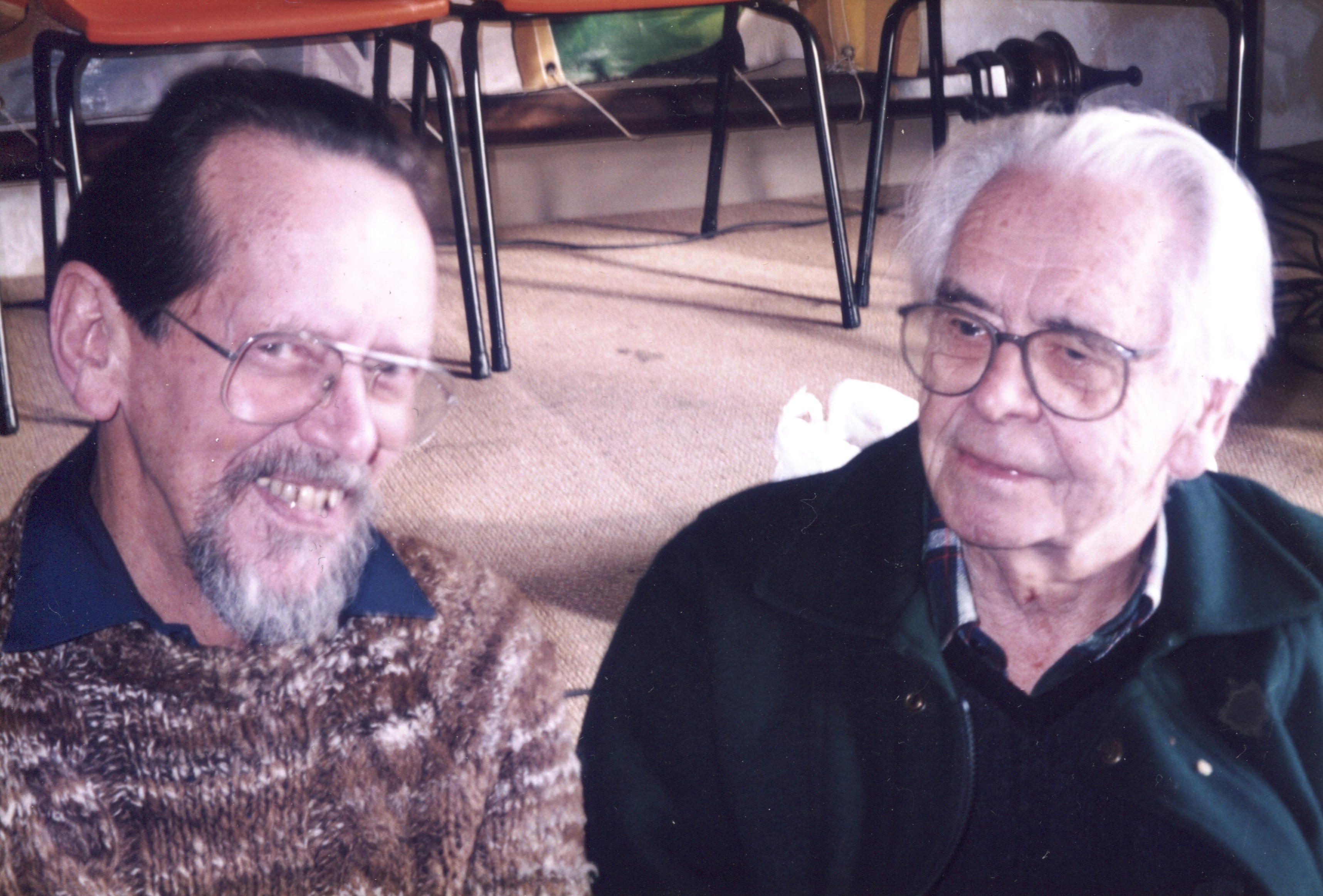 I got to know Bernard in 1992, and became his close friend until his death in 2016. He was pleased that I wanted to write a book on his life’s project; he didn’t know much of my work, except that I had written a book on Trotsky, which seemed to impress him as good company.

For some years I visited him weekly at his home in Nicholson Street, Fitzroy, working through his own books and archives and talking over lunch and drinks after. In his last domicile, Sumner House in Fitzroy, I and others read to him from his own work. My task was to read from his European Vision and the South Pacific. This was a challenge, but as always, I was still learning from him.

His health was in slow decline, but he was sharp as a tack. He would remember everything, and place it; he could always combine text and context, image and history. Earlier we had travelled together to promote my book and his work, to Sydney and Canberra, earlier to Perth and to Mildura, where in the care of Stefano de Pieri he drank us all under the table. More often he was a moderate drinker, as he needed to give his life purpose by working every day. Working with Bernard was the experience of a lifetime. I was not alone in this: Bernard was a strong individual, but he also knew how to share. He showed, as the best intellectuals do, by example. Perhaps this was something about the priority of practice.

Beilharz, P., Imagining the Antipodes. Theory, Culture and the Visual in the Work of Bernard Smith (Melbourne: Cambridge University Press, 1997).